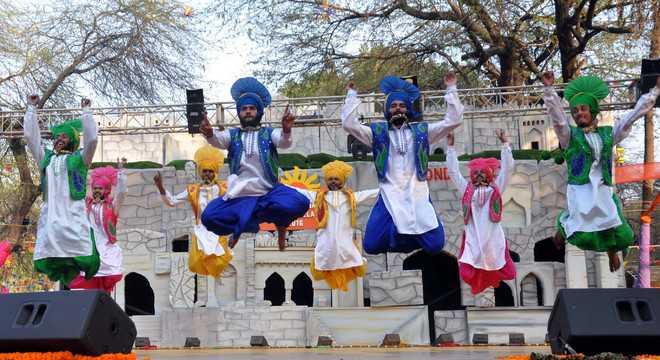 The district administration and police seem to be working overtime to ensure the smooth conduct of the Surajkund International Crafts Mela that began on Monday.
Nearly 1,100 police personnel, along with a battery of officials of several departments, have been deployed to look after the arrangements at the venue that is likely to see lakhs of visitors till the fair’s conclusion on February 15.
The authorities have decided to deploy an HCS officer as the duty magistrate on the venue premises daily.
The Additional Deputy Commissioner (ADC), who has been appointed the mela administrator, is expected to spend most of the time at the fair instead of the routine work in the Mini-Secretariat, sources said.
“We have deployed nearly 1,100 personnel, including 14 Assistant Commissioners of Police, to ensure safety of visitors, and maintain law and order,” said Police Commissioner Subhash Yadav.
He said a large number of police personnel had been requisitioned from other districts of the state, while the local police were on a high alert to keep a check on the movement of anti- social or unwanted elements.
The Police Commissioner added duty at the mela venue was a special assignment.
Sub-Divisional Magistrate (SDM) Mahavir Prasad said, “Several employees and officials are engaged in the mela, but it is primarily a job of Haryana Tourism. The fair hardly affects the work in district offices.”
Sources in the department concerned described the mela as a picnic for officials. They claimed almost all rooms at the Surajkund Tourist Complex remained occupied by senior officials or their members of families, while visitors could be advised to stay at nearby hotels or guesthouses.
You must log in or register to reply here.
Similar threads