China yet to make it to Surajkund mela 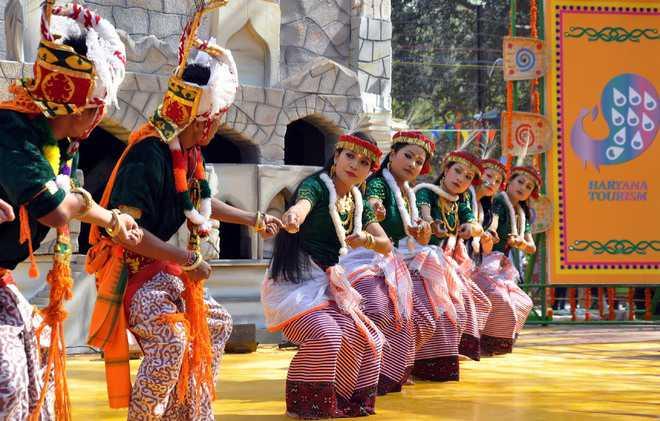 China, a partner nation and one of the two focus countries of the 30th Surajkund International Crafts Mela, has missed the first three days of the international event. Japan and China are the focus countries of the mela this year.
“Most of the artisans and participants arrived here on January 31 and occupied their stalls,” said an official of the Haryana Tourism.
He said a troupe from Japan comprising 50 members, another partner country of the mela, had already arrived. “Participants from China were expected to be here before the start of the fair. We now hope they arrive by tomorrow. The delay has been caused due to some visa technicalities,” he claimed.
The mela, which got an international tag in 2013, saw the participation of 20 countries from Europe, Africa and South Asia last year. This time, the authorities said 23 countries, including China, Japan, Sri Lanka, Nepal, Afghanistan, Bangladesh, Democratic Republic of Congo, Egypt, Thailand, Maldives, Russia, Kyrgyzstan, Kazakhstan, Bhutan, Vietnam, Lebanon, Tunisia, Turkmenistan, Tunisia, Sychellus, Armenia, Namibia and Malaysia, were participating.
Meanwhile, the footfall in the mela appears to be a cause of concern for the authorities. The total number of visitors registered by the authorities on the first two days has been only 24,000. It includes 20,000 domestic and 4,000 foreign visitors. The number is likely to surge this weekend, it is claimed. The authorities had claimed that around 10 lakh persons visited the mela last year.
You must log in or register to reply here.
Similar threads