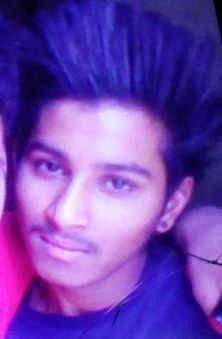 A 21-year-old youth, Sanjeev Kumar (Sunny), a resident of Hallo Majra, was murdered near the Chandigarh-Mohali railway track today. He was allegedly stabbed by his two roommates. The body bore 36 stab wounds. The victim was stabbed on the stomach, chest and back.
According to preliminary investigations conducted by the police, before being stabbed, the youth was beaten up by the assailants.
The Government Railway Police were informed by a girl, Tarunjot Kaur, who was accompaning the assailants, Pankaj and Amir, when the youth was murdered. In her statement, she said after committing the crime, the duo forcibly took her to the railway station by brandishing a dagger. On seeing a crowd, she raised the alarm following which they fled.
Narrating the incident, Tarunjot told the police that in the morning, Pankaj and Amir asked Sanjeev to accompany them to the railway station on foot through the track saying that they had to board a train. As the four of them were walking on the track, Pankaj and Amir said they wanted to relax for a while and asked them to sit.
The three youths had heated arguments over the issue of the girl staying with them.
Following this, Pankaj held Sanjeev while Amir stabbed him several times.
A police official said all three of them were working in a liquor company in the Industrial Area, Phase I, Chandigarh. The girl informed the police that they were staying together for the past one month at Hallo Majra and had a tussle over her staying with them.
GRP SHO Urmila said a case had been registered against Pankaj and Amir under Sections 302, 201 and 34 of the IPC and a hunt had been launched to arrest them.
She said Sanjeev’s body was found in the forest area near the railway track. The postmortem would be conducted tomorrow after which the body would be handed over to the family. She said the girl was in police custody. After registering her statement with the magistrate tomorrow, she would be allowed to leave.
You must log in or register to reply here.
Similar threads
Youths stab 18-year-old to death in Sec 25 market
'Stab in the Back' Says Vladimir Putin After Turkey Downs Russian Warplane
Youth Congress Leader Brutally Beats 25-Yr-Old For Standing Against Harassment Of Friend’s
Tamil Nadu: Rs 20 lakh seized from BJP youth leader who backed demonetisation
8-year-old sexually abused, brutally killed by youth in Maharashtra's Palghar
Share:
Facebook Twitter Pinterest WhatsApp Link
Top