Wildlife On The Move 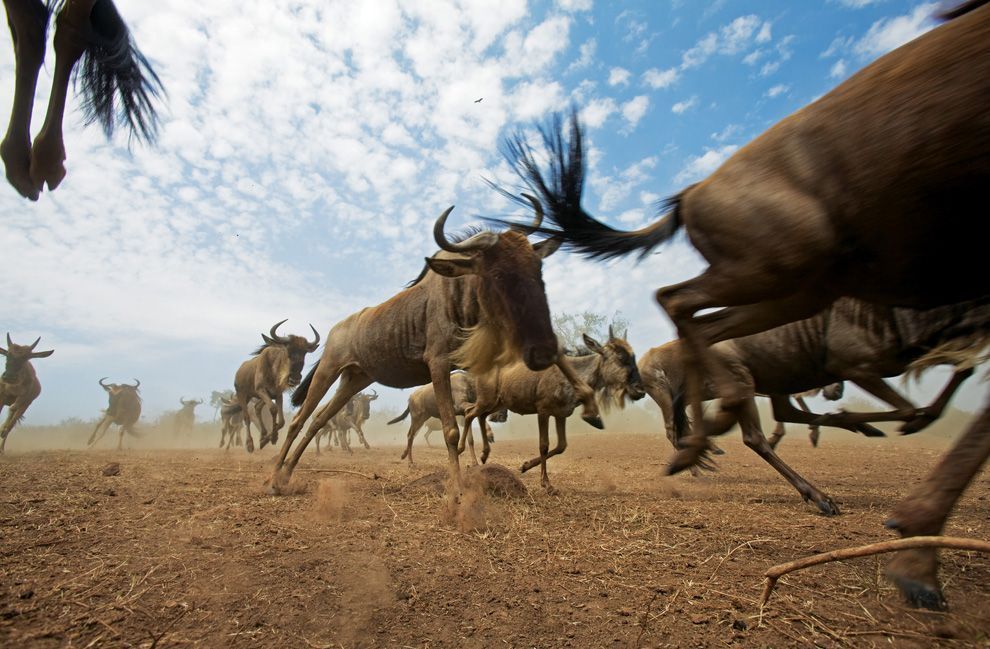 A wildebeest herd stampedes across the dusty plains of Maasai Mara National Reserve in Kenya. Every year, wildebeests travel some 1,800 miles across equatorial East Africa in a race toward rain and the green it engenders. (© National Geographic/Anup & Manuj Shah) 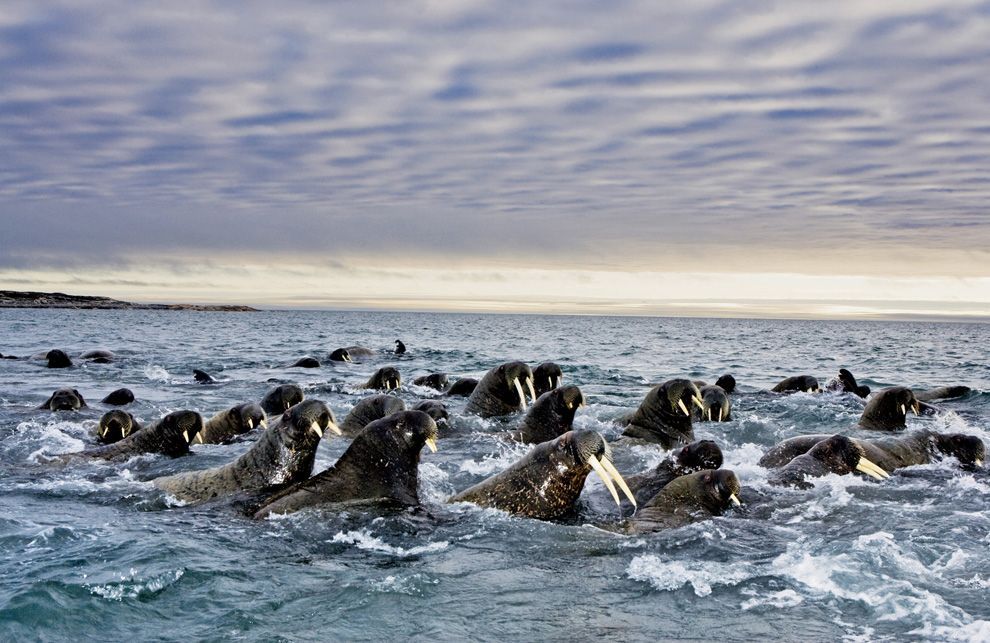 To the walrus, ice is life. An oxygen-breathing marine mammal, it relies on the ice as a place to rest, to give birth, to nurse and to migrate. And with global warming, the ice is disappearing. Their annual migration is becoming a race against time and distance, depth and disaster. (© National Geographic/Paul Nicklen) 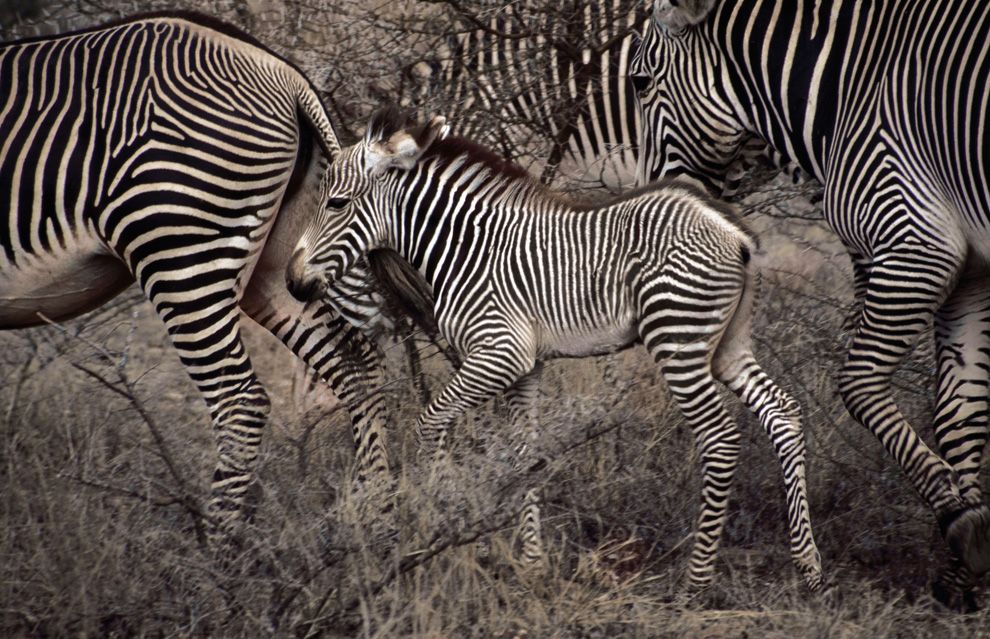 A zebra calf stays close to its mother for months, recognizing her by voice, smell and pattern of stripes. (© National Geographic/Marc Moritsch) 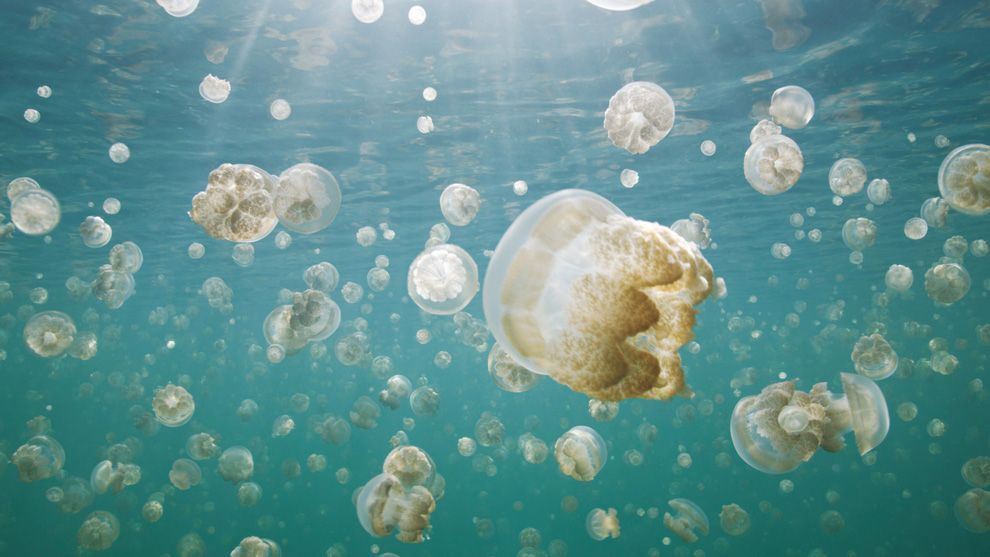 Golden jellyfish of Palau receive their namesake color from algae-like, single-celled organisms named zooxanthellae, which live within jellyfish and provide it with the energy required for life. They follow the sun in a daily migration that feeds their passengers and ensures their own survival. (© National Geographic/National Geographic Television) 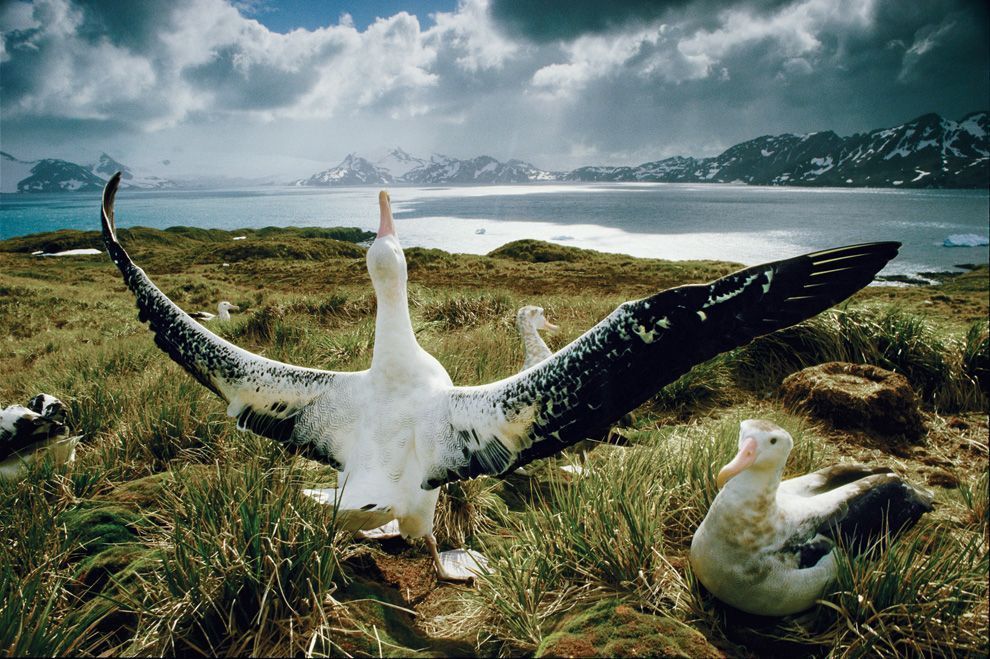 A male wandering albatross displays its 11-foot wingspan to a female on South Georgia Island. The courtship ritual renews their pair bond after months of roaming the Southern Ocean. (© National Geographic/Frans Lanting) 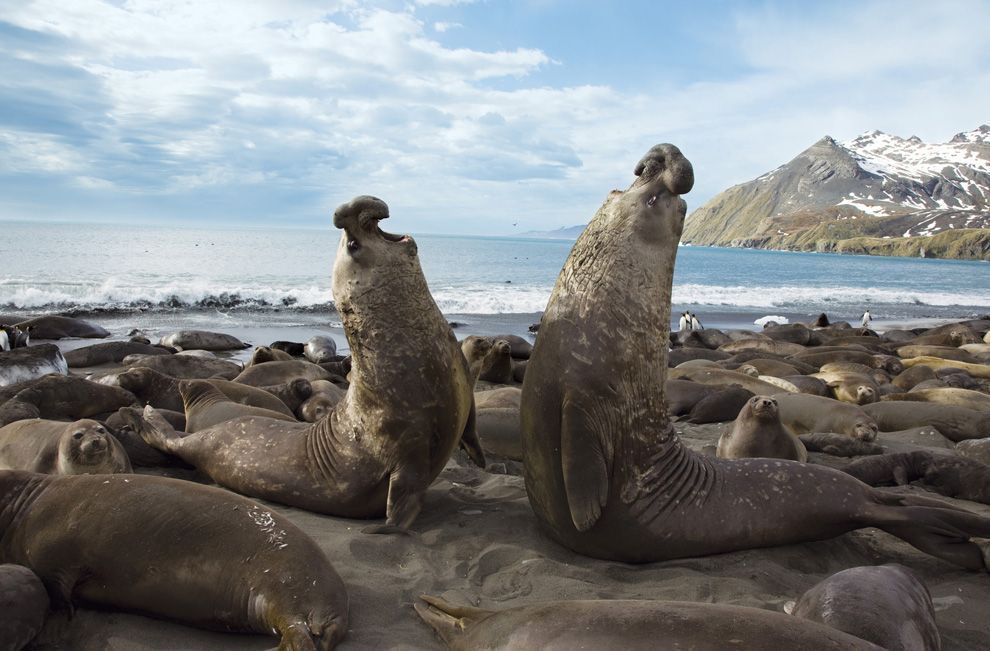 Bellowing elephant seal bulls - weighing up to four tons and as much as 15 feet long - are doing more than boasting. Their battles are often vicious, and opponents may be severely injured. The top winner becomes the colony's "beachmaster." (© National Geographic/Paul Nicklen) 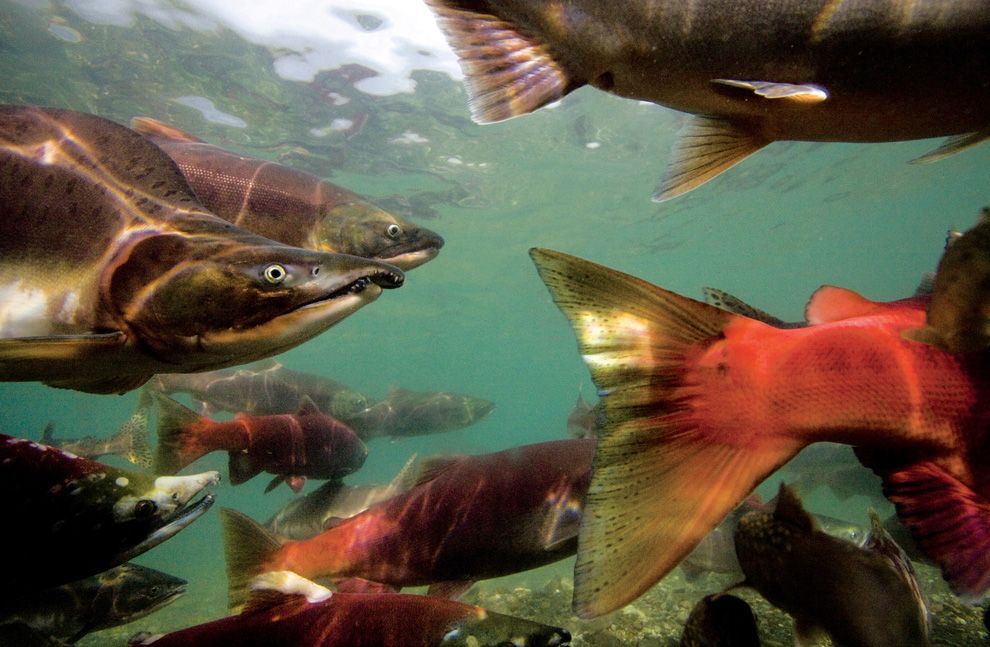 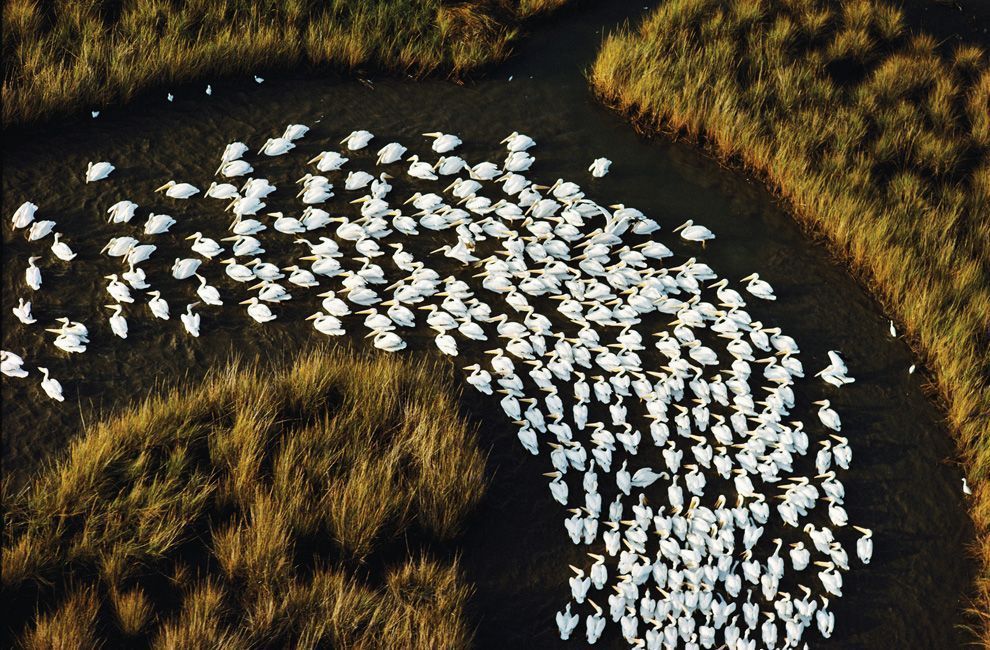 Immense flocks of white pelicans funnel through the Mississippi Flyway every day during the birds' twice-yearly travels between wintering and breeding grounds. (© National Geographic/Annie Griffiths) 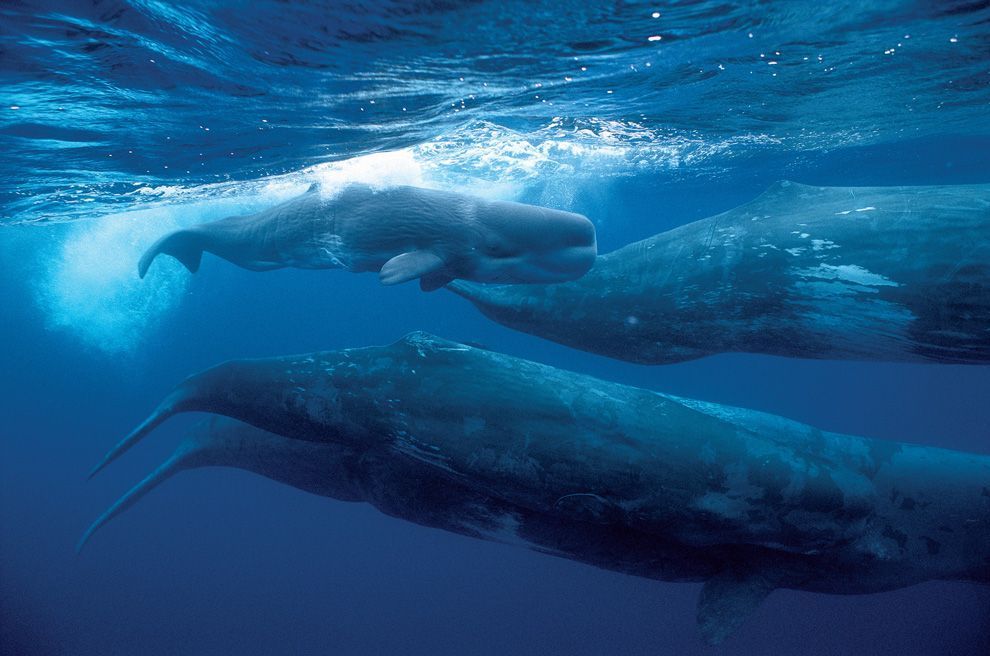 A sperm whale pod with a large calf migrates offshore of the Azores Islands in the eastern Atlantic. (© National Geographic/Hiroya Minakuchi/Minden Pictures) 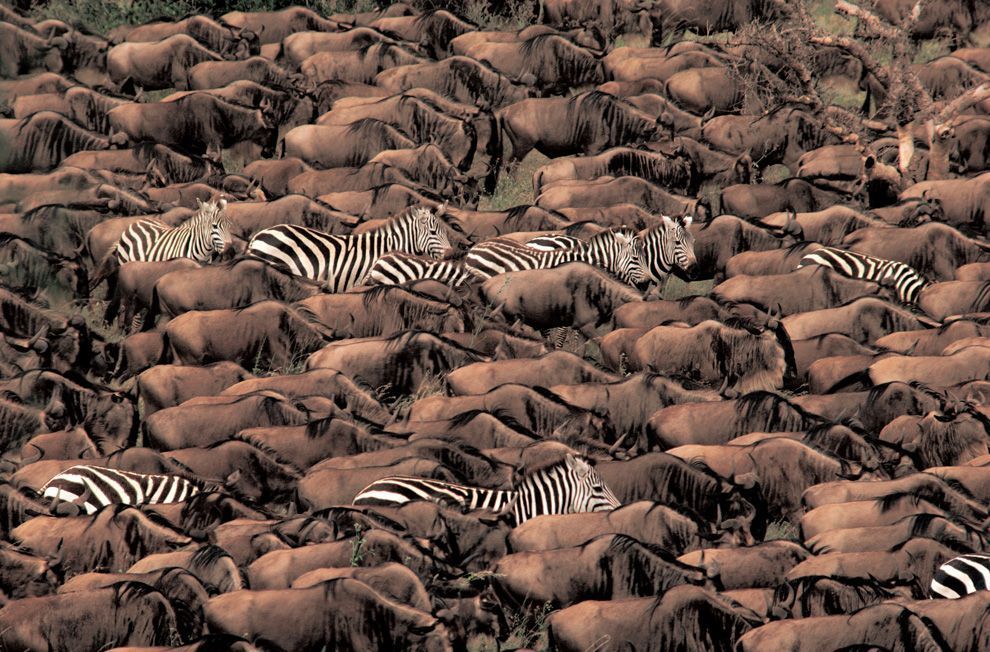 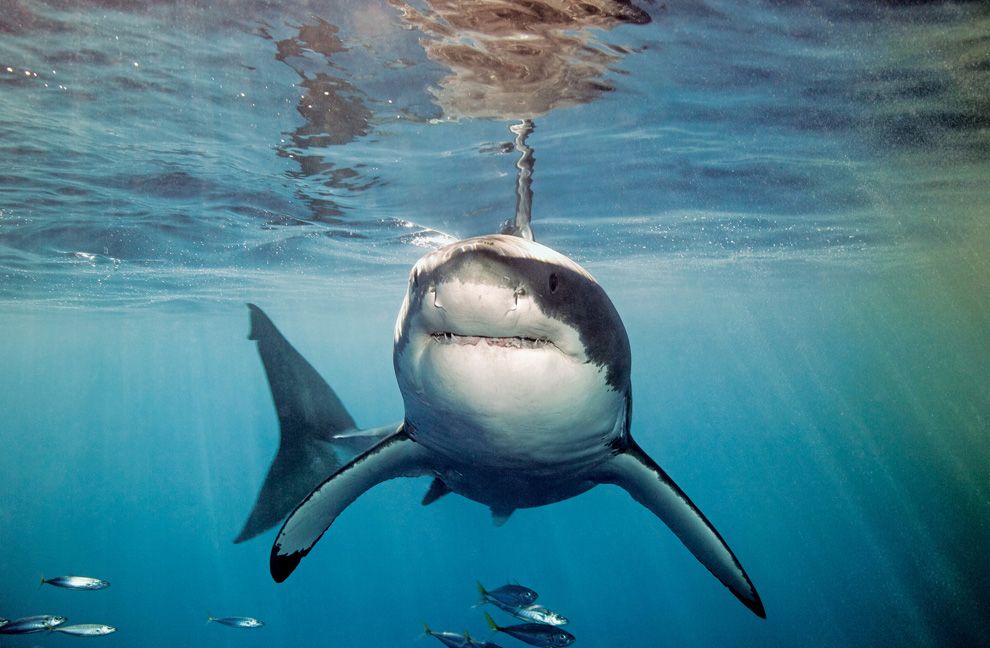 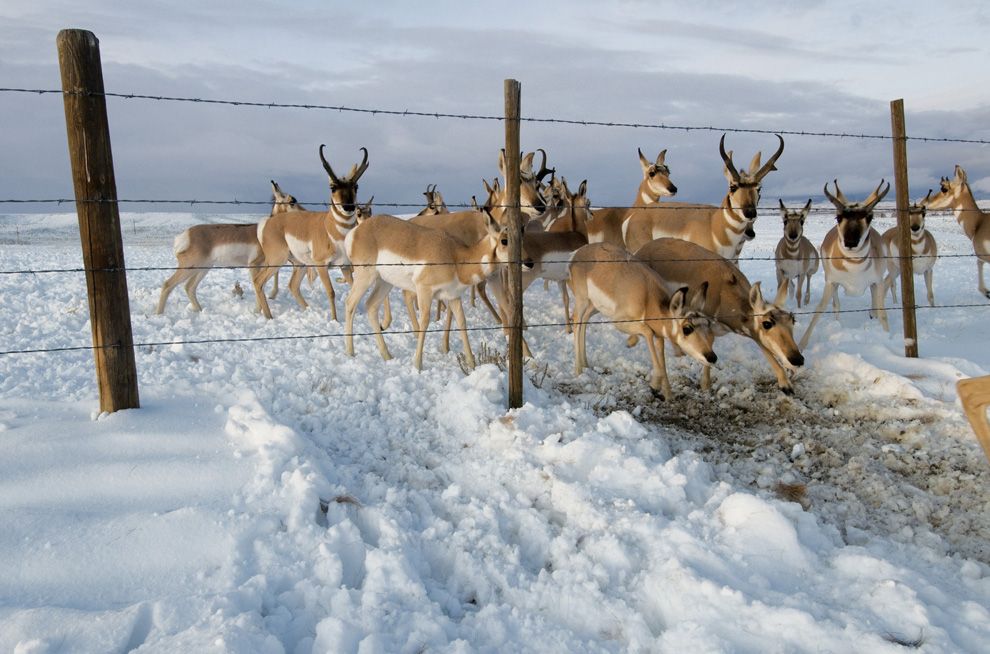 Rangeland fences are an omnipresent barrier to the pronghorn, which is not designed for leaping high. When it tries to squeeze under, it can be ensnared in a barbed wire death trap. (© National Geographic/Joe Riis) 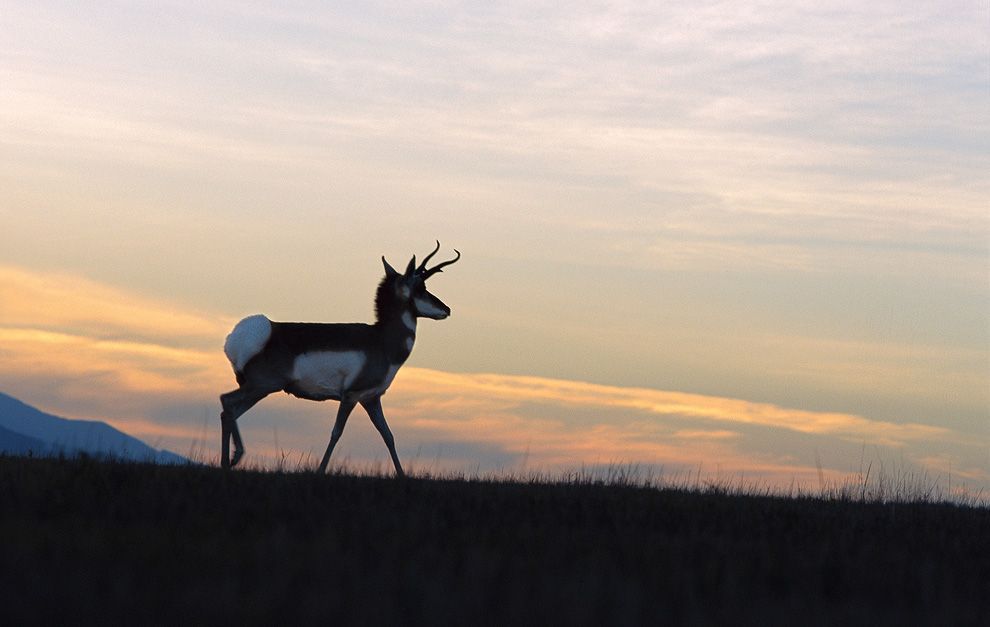 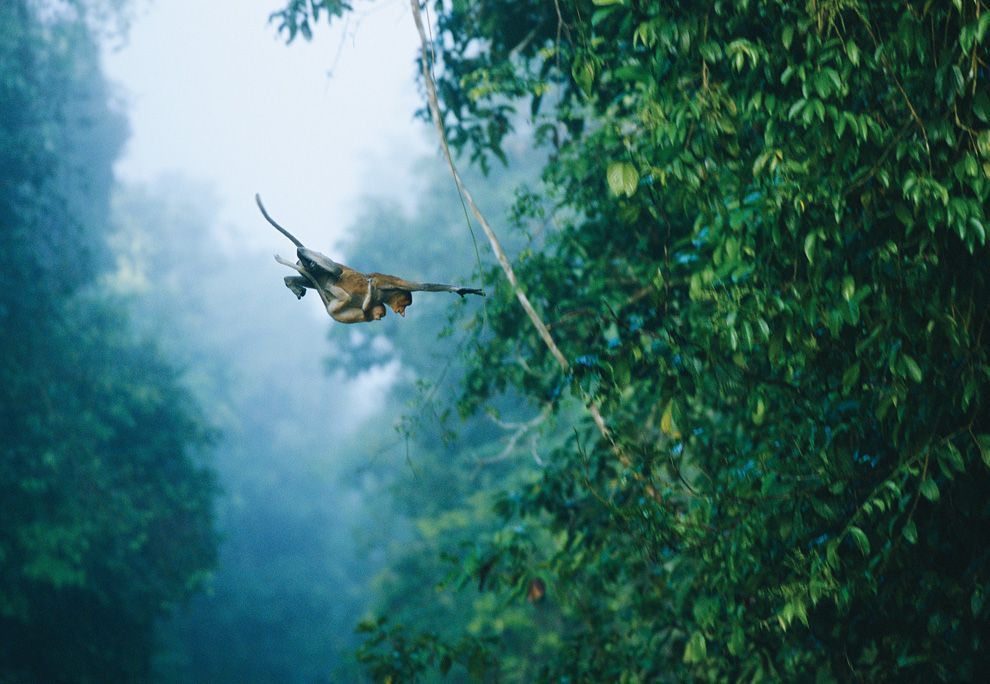 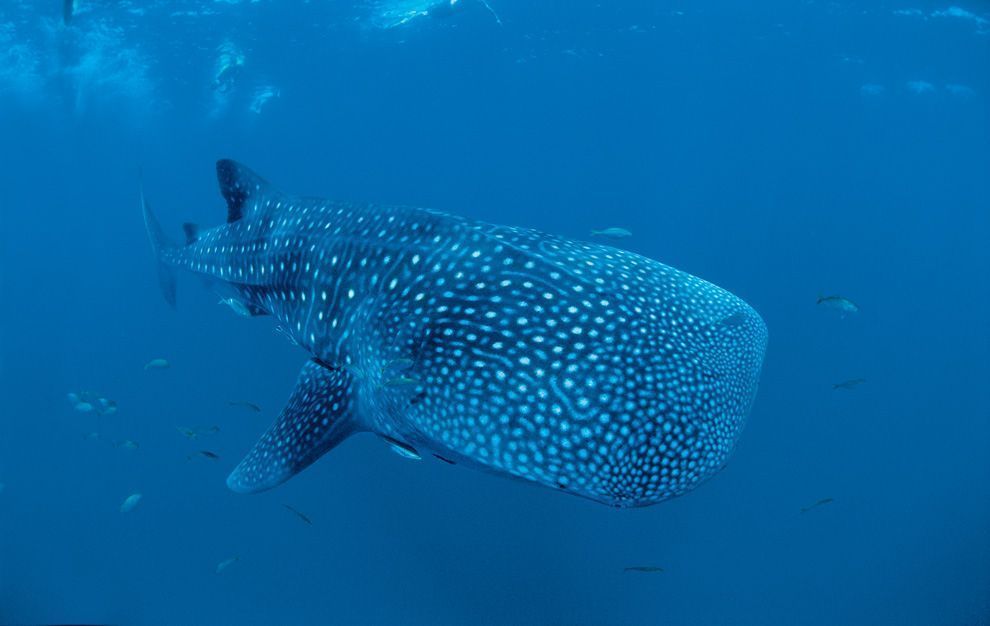 Off the coast of western Australia, small fish cluster around a whale shark, using it as shelter from predators. (© National Geographic/Brian Skerry) 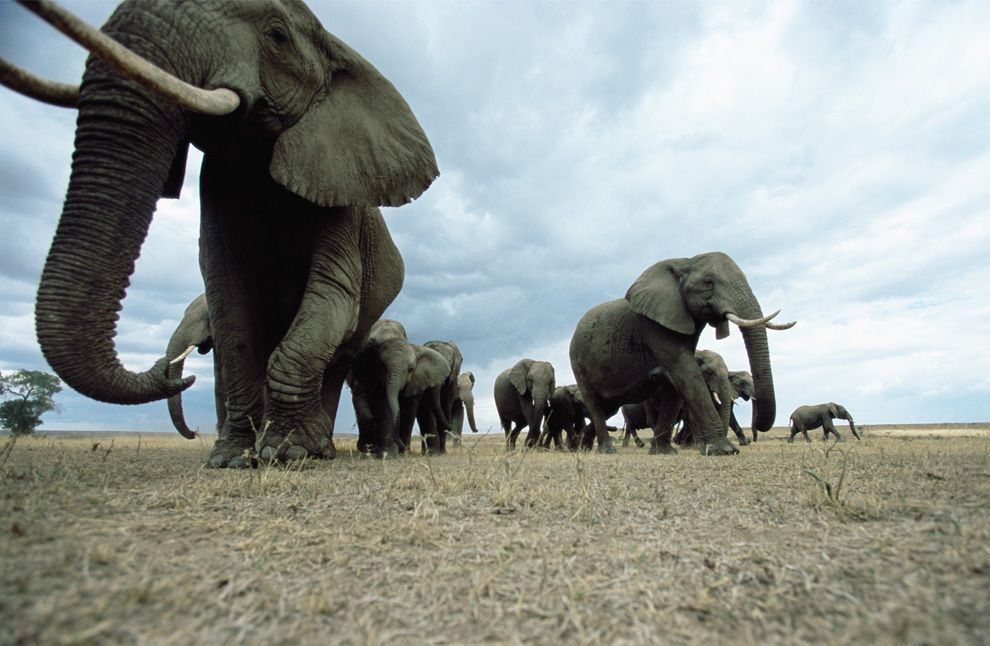 Mali elephants must travel in a perpetual migration across the arid Sahel region in search of food and water. Their yearly 300-mile trek is the longest known elephant migration. As the climate becomes more fickle and human demands on land and water increase, these desert nomads face an ever more uncertain fate. (© National Geographic/Anup & Manoj Shah)