World Tourism Day: 16 must-see places in India before you die 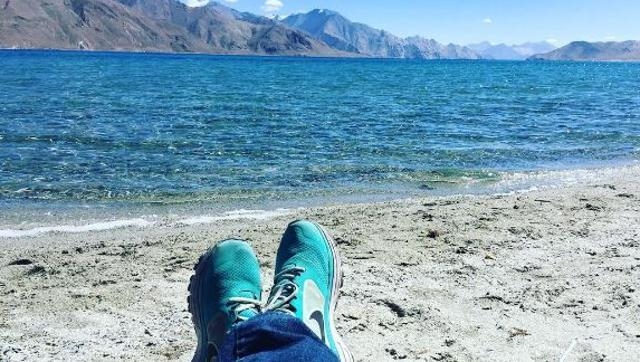 Travel maketh a man - in an age of unrest, travelling to explore, wonder and understand culture and nature is a great way to both learn and unlearn. As the world celebrates World Tourism Day on Tuesday, September 27, here are some places that must always be in your bucket list.

Travellers in India are finally waking up to the idea backpacking across India’s northeastern states. The Seven Sisters are famous of their rolling hills, cascading falls, haunting caves and hill tribes of staggering diversity. Don’t forget to explore the living root bridges of Meghalaya or Majuli, the biggest river island in the world in the river Brahmaputra in Assam. Of course, there is much more.

Beaches, feni (read booze), pulse-throbbing music and beautiful people come alive every year at the Vagator Beach in Goa for the annual EDM (electronic dance music) festival, the Sunburn. Active since 2007, the festival attracts not just talent from across the world, tourists too flow in from all parts of the globe.


A trip to Rann of Kutch and Gir Forest

A marvel of engineering, Konkan rail stretches from Konkan region in southern Maharashtra to the end of Karnakata’s southern coast. What is go amazing, you would ask? Well, the sheer beauty of the stretch – as you see numerous waterfalls, high mountains, lush green fields, pitch dark tunnels. On the other side, the rich blue Arabian Sea.

Kolkata is dressed as a beautiful bride during the five days of Durga Puja. From spectacularly-made puja pandals to the spirit of festivity all around, ‘Pujo’, as the Bengalis say, is the time to be in Bengal. And when in the eastern city, also explore other attractions -- Kalighat, Jorasanko Thakurbari (Rabindranath Tagore’s ancestral home), Victoria Memorial at al.


Trek to the Valley of Flowers

Valley of Flowers National Park is a rare phenomenon of nature when between July to September, the entire valley bursts into an array of bright and colourful flowers. Located in western Himalayas in Uttarakhand, its meadows of endemic alpine flowers are a sight to behold.

Golden beaches, untouched natural beauty and great temple heritage make the Odishan golden triangle of Puri-Konark-Bhubaneswar an irresistible offer. Learn surfing at Ramachandi beach in Konark, drive along the marine drive from Konark to Puri and then explore the architectural wonders of Odishan temple style in Bhubaneswar before you sign off.


Gaze in wonder at the Dhaundhar falls at Bhedaghat, Jabalpur

Be awestruck at the might of river Narmada at Bhedaghat, some 20 kms from Jabalpur town in Madhya Pradesh. Watch in wonder as Narmada tumbles down forming the multiple falls at Dhaundhar and then flow gently criss-crossing through themarble-rock formations. Before leaving the place, pay a visit to the Chaunsath (64) Yogini temple.

For much too long, the backwaters of Kerala have hogged the limelight. While it may not be wrong, but it is worthwhile to also explore the deep and dark jungles of the Periyar National Park at Thekkady and the tea gardens of Munnar. The national park is famous for its dense evergreen, semi-evergreen, moist deciduous forests and savanna grass lands. It is home to herds of elephants, sambar, tigers, gaur, lion-tailed macaques and Nilgiri langurs.


Soak in the fervour of Holi at Vrindavan

If you haven’t explored Holi in Vrindavan, you will never know the true spirit of the festival of colours. The colours, the playfulness in the air, the lathmar Holi, the drums, the bhang, the gatherings, the music… all of it adds up to make the experience truly hedonistic.


Dip into the divine chaos of Varanasi

The heady concoction of deep devotion, evening Ganga aartis, the bhajans and maha aartis at the famous temples – Kashi Viswanath and Sankat Mochan, the life by the Ganga, the yogis, the cycle of life and death at the Dashashwamedh and Asi ghats, the notes of classical Indian music of the Benaras gharana, the silk-weaving tradition of the city… Varanasi’s attractions (and its staggering filth) never fail to amaze.

The place that has arguably become among the most ‘touristy’ places in India, Ladakh is still a place to be visited time and again to seep its surreal beauty. From its harsh cold mountain desert-like landscape created by a rain shadow to its magical and constantly colour-changing mountains interspersed by numerous valley (Nubra, Zanskar). One of Asia’s mightiest rivers, Indus, flows through this region.

Golden temple should be on the must-visit list of all. The holiest of the shrines of Sikhs, Golden temple with its gold-covered façade, its lake and its general sense of cleanliness and orderliness is an inspiration in itself. Steeped in Sikh history and lore, place is a telling document of devotion, bhakti, and the legacy of a proud and hardworking people.


Camp in the deserts of Rajasthan

Life in the desert is cruel and the Thar in Rajashtan is no different. With development reaching the far corners of India, a taste of the life there with modern comforts in not a bad idea at all. So, go camping in Rajasthan’s Jaisalmer district, life in tents or modern mud huts, lie of the sands and gawk in wonder at the sky and stars above, listen to authentic desert music, explore the cuisine and live a life most extra ordinary.


Pay a visit of Coorg, the Scotland of India

Kodagu or Coorg, located in south-eastern Karnataka and on the eastern slope of the Western Ghats, this part of India is known for its coffee and its people. Among the top hill stations in India, the region is home to Talakaveri, the place where river Cauvery originates. The place is particularly famous of its numerous home stays and its various natural attractions such as Nagarahole National Park and Iruppu falls.

No visit to India or within the country is complete without paying a visit to the Buddhist circuit in Bihar. Steeped in stories associated with the life of Gautama Buddha, Bihar is home to Bodh Gaya and Rajgir where the great Nalanda University was located. Bodh Gaya is the place where Buddha attained nirvana. No one should miss the Mahabodhi complex, which contains a descendant of the Bodhi Tree under which Buddha gained enlightenment. The place is home to many temples and monasteries in various Southeast Asian styles -- Bhutan, China, Japan, Myanmar, Nepal, Sikkim, Sri Lanka, Taiwan, Thailand, Tibet and Vietnam -- in a wide area around the Mahabodhi Temple.
You must log in or register to reply here.
Share:
Facebook Twitter Pinterest WhatsApp Link
Top