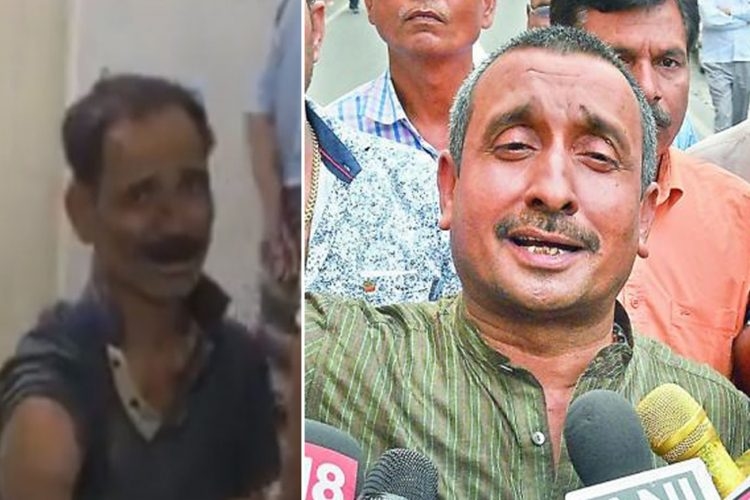 The postmortem report of the father of the minor girl from Uttar Pradesh who accused BJP MLA Kuldeep Singh Sengar and his brother of raping her has revealed that the father died due to shock and septicaemia.

Postmortem report
The postmortem report lists 14 injuries including several abrasions, cuts and bruises. The 55-year-old died in the custody of Uttar Pradesh on April 10.

The report states that the man suffered multiple abrasions near the abdomen, buttocks, thighs, arms and around knee joints. The report has mentioned that death was caused due to blood poisoning by perforation of colon.

Colon perforation can be caused by blunt trauma to the abdomen or by a knife or gunshot wound.

According to an NDTV report, the police said that he was beaten up in jail. SP Chaudhary, Chief Medical Officer of Unnao said, “It is entirely possible that there could could have been a smaller undetected perforation that became larger later.”

Videos showing apathetic attitude of officials
There are two videos in connection with this incident which clearly show apathetic attitude of the authorities, which is now being widely circulated on social media. In one of the videos, the hospital officials and the policeman can be seen laughing while the father sits there covered with bruises and cuts.


In the other video, unidentified official along with a UP policeman are obtaining the thumb impression of the father as he lays unconscious.

Supreme Court to hear plea
Acting on the petition filed by advocate Manohar Lal Sharma, the Supreme Court will hear the plea for a CBI probe into the Unnao gangrape case.

The bench of Chief Justice Dipak Misra and Justices AM Khanwilkar and DY Chandrachud will be hearing the plea which has alleged kidnapping and rape of a minor girl in July last year “by the BJP MLA and his companion and custodial death of her father via torture” on April 9.

Re: Unnao Gang Rape: Postmortem Report States That Father Of The Victim Died Of Shock & In