Father Of The Victim Who Accused BJP MLA Of Raping Her, Dies In Police Custody 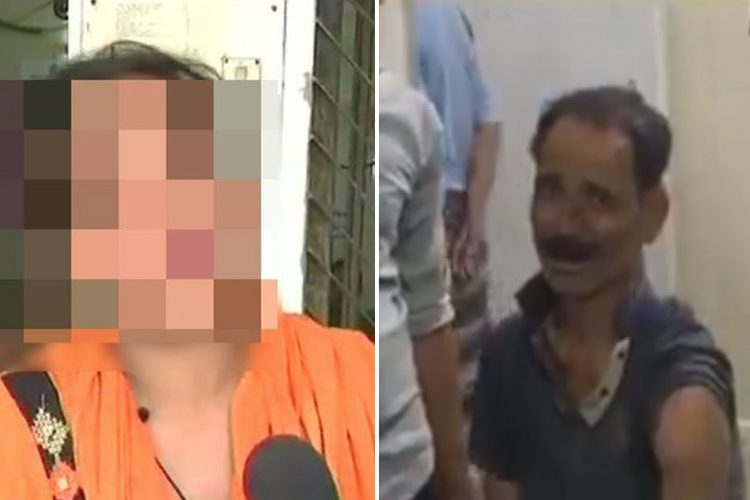 In the early hours of Monday, father of the woman who had alleged that she was raped by a Bharatiya Janata Party (BJP) MLA and his accomplices, died in police custody in Uttar Pradesh.

On April 8, the woman, along with her family, attempted suicide outside Chief Minister Yogi Adityanath’s Lucknow residence. The father of the woman was arrested.

The woman on Sunday had attempted self-immolation by pouring kerosene on herself, citing inaction of the police even after filing a complaint against BJP MLA from Unnao, Kuldeep Singh Sengar.

Father of the victim dies in Police custody

However, the relatives of the woman alleged that the accused Kuldeep Singh Sengar murdered him in jail.

The woman alleged that when the police finally registered the FIR after stalling it for a year, she and her family were threatened. The family also alleges that the woman’s father was thrashed by the MLA’s brother on April 3, after he refused to cancel the FIR. Subsequently, the police went ahead to book the father and locked him up.

As reported by ANI, the Superintendent of Police Pushpanjali Devi said that two police officers and four constables have been suspended. Four accused of beating the father of the woman are arrested.

[ame="https://twitter.com/ANINewsUP/status/983251909460070400"]ANI UP sur Twitter : "2 police officers & 4 constables suspended and 4 accused of beating the rape victim's father arrested: Pushpanjali Devi,SP #Unnao over the incident of death of rape victim's father in judicial custody. Victim along with her family attempted suicide outside CM residence yesterday"

Reason behind the suicide attempt
A woman along with her family attempted to end her life on Sunday, April 9. The incident took place outside the Lucknow residence of UP CM Yogi Adityanath.

The woman made shocking allegations against Kuldeep Singh Sengar, a BJP MLA of Unnao district’s Bangermau constituency, situated about 90 km from Lucknow, and his brother. According to the victim, the duo raped her last year in June. The woman then lodged an FIR with the police. After the FIR was launched, the woman and her family were allegedly threatened continuously. Even after raising her voice, she was denied justice. The woman had also approached the court under the Code of Criminal Procedure (CrPC) Section 156 (3), but her efforts went in vain.

As per local sources, on April 2, 2018, there was an altercation between the woman’s uncle who had returned from Delhi and the Sengar family members. It is being reported that the two families, that of the woman and the Sengar’s are neighbours and there has been an enmity between the two families since 2003. The woman’s uncle is also said to have a criminal past. The district police had lodged cross FIRs in which Sengar’s brother Atul was named.

The case was then transferred to Lucknow for redressal, and a probe was ordered.

Before being a BJP MLA Sengar had been a representative leader of the Samajwadi Party and the Bahujan Samaj Party.

According to NDTV, regarding the rape accusation against him, Kuldeep said, “It is a pre-planned incident of the woman and her family to defame me.” He further says, “There was a rape incidence which shattered the woman and her family and they had registered the case for the same. However, I request the administration to investigate in the matter and punish the real culprit of the entire scenario.”

[ame="https://twitter.com/ANINewsUP/status/982917857125126144"]ANI UP sur Twitter : "This is a pre-planned incident. There was an incident in their family, case was registered. Police saved 2 innocent people, being made scapegoat by them: Kuldeep Singh Sengar,BJP MLA from Unnao against whom a woman leveled rape allegations & attempted suicide outside CM residence… https://t.co/n17VsCgdeF"

Vijay Sen Singh, in-charge of the Gautampalli police station told Business Standard that the woman was then made to appear before Rajiv Krishan, the Additional Director-General of Police, Lucknow, who ordered a probe.
You must log in or register to reply here.
Similar threads
Unnao Gang Rape: Postmortem Report States That Father Of The Victim Died Of Shock & Injury
Outrage in Stanford rape case over statements of victim and attacker's father
4-Year-Old Sleeping Next To Her Father Kidnapped, Raped In Madhya Pradesh
Shopian firing: Major's father moves SC seeking quashing of FIR
Delhi student whose father died in a bank queue deals with becoming ‘man of the house’
Share:
Facebook Twitter Pinterest WhatsApp Link
Top