Music Is My Work & Life 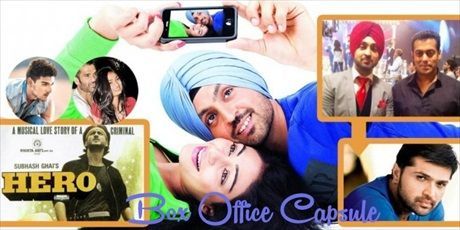 Salman Khan co-produced ‘Chillar Party’ two years ago, and everything has been quiet on that front since then. But it looks like he has finally begun putting his production plans in action.
It is already well knows that Salman Khan is producing the vehicle for the debuts of Sooraj Pancholi and Athiya Shetty. The film is a remake of Subhash Ghai’s 1983 Jackie Shroff-starrer ‘Hero’. Beside this film, buzz is that Salman Khan wants to remake the Punjabi film ‘Jatt and Juliet’, which has been a huge hit overseas too.