All 39 Indians held hostage by IS in Iraq are alive: Swaraj 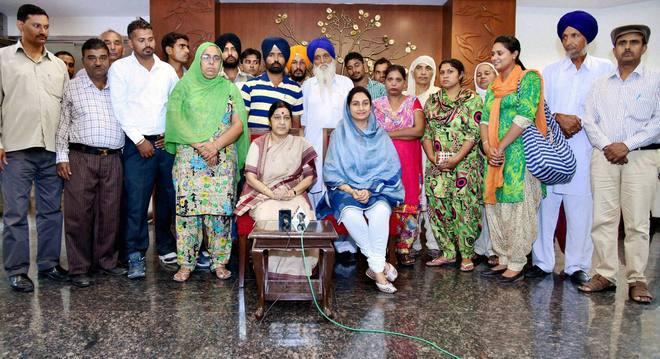 All 39 Indians held hostage in Iraq by Islamic State militants for more than a year are “alive”, External Affairs Minister Sushma Swaraj told the families of the victims today.
Swaraj, who met the families for the eighth time since the abduction of the Indians in June last year from Mosul, reassured them about the wellbeing of the nationals on the basis of information received from multiple sources.
“The government is making all sincere efforts for the safe and early release of the Indian workers,” she told the families, who were accompanied by Food Processing Minister Harsimrat Kaur Badal.
The minister reportedly told the families that though there was no “first-hand confirmation” about the wellbeing of the 39 nationals, multiple sources indicated that they were being made to work in Iraq. Swaraj had earlier spoken to her counterparts in the Gulf Cooperation Council seeking their help in getting Indians released.
You must log in or register to reply here.
Share:
Facebook Twitter Pinterest WhatsApp Link
Top