What makes Mother Teresa a saint 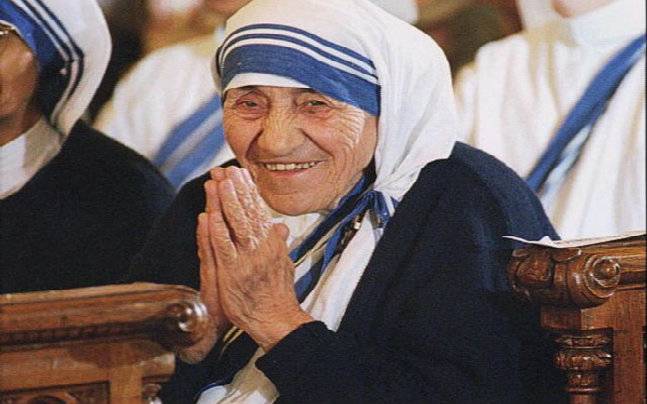 For the poor and destitute whom Mother Teresa served, she was a living saint.
Many at the Vatican would agree, but the Catholic Church nevertheless went through the grueling process to make it official, involving volumes of historical research, the hunt for miracles and teams of experts to weigh the evidence.
The process finally came to an end today as Pope Francis declared Mother Teresa as Saint Teresa of Calcutta.

How much the saint-making process costs
The saint-making process has long been criticised as being expensive, secretive, ripe for abuses and subject to political, financial or theological winds that can push one candidate to sainthood in record time and leave another languishing for centuries.
Pope Francis imposed new financial accountability standards on the multimillion-dollar machine after uncovering gross abuses that were subsequently revealed in two books.
The books estimated the average cost for each beatification at around 500,000 euros (550,000 USD), with much of the proceeds going to a few lucky people with contracts to do the time-consuming investigations into the candidates' lives.
For the record, the postulator of Mother Teresa's cause says her case, which stretched over 20 years, cost less than 100,000 euros.

Why Mother Teresa became a saint
Mother Teresa is the icon for Pope Francis' Holy Year of Mercy. And for most of her admirers, the reason is obvious.
"Mother is known throughout the whole world for her works of mercy, recognized by Christians and non-Christians alike," said Sister Mary Prema Pierick, the current superior general of Mother Teresa's Missionaries of Charity order. "Reflecting about Mother and the life of our mother, we see all the works of mercy - corporal and spiritual - put into action."
Her biographer, the Reverand Lush Gjergji, said she founded her life on two pillars: "For God and for the human being."
"She crossed all barriers like castes, races, gender, ethnic, religious, cultural and turned into and remained the mother of the whole civilization," he said. "In the history of sainthood and that of Christianity, she is the first saint of Hindus, Buddhists, Muslims, non-religious and of course for Christians."

The saint of Popes
Mother Teresa worked closely with late Pope St John Paul II, who was pope during the heyday of her work.
However, Pope Francis seems more a pope in her likeness, eschewing the Apostolic Palace for a simple hotel room, focusing his ministry on the most marginal of society and traveling to the peripheries to find lost souls - just as Mother Teresa did.
In one of his first public audiences after being elected pope in 2013, Francis said he longed for a "church that is poor and for the poor." That Francis is crowning his Jubilee Year of Mercy with Teresa's canonization is evidence that he sees her as the model of the merciful church he envisions.

​
You must log in or register to reply here.
Similar threads