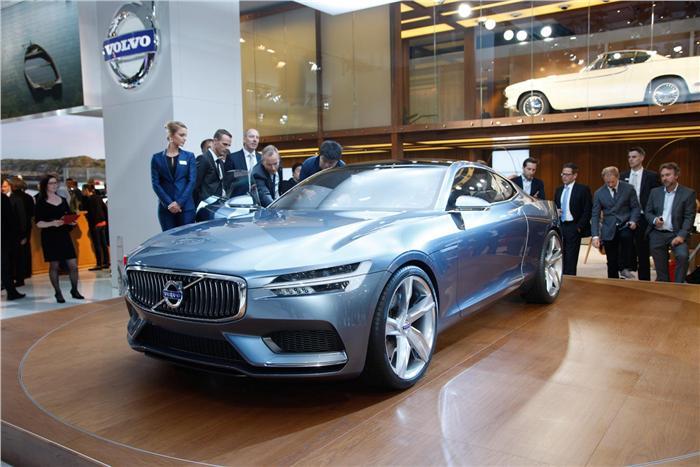 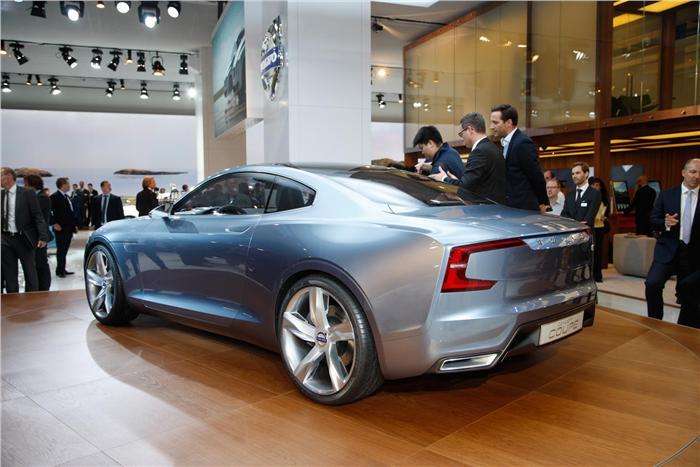 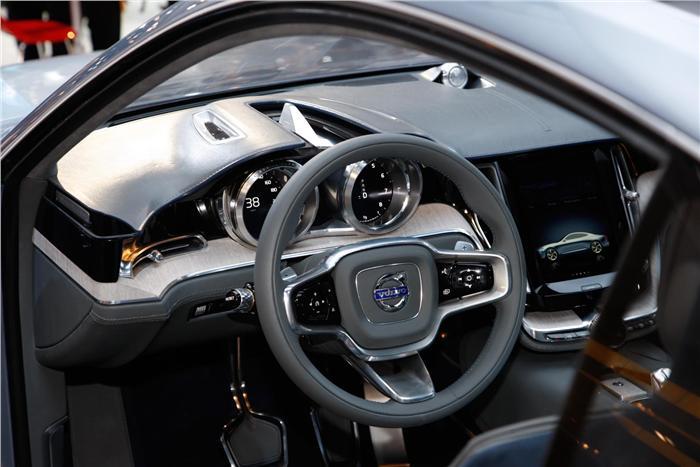 The first Volvo to be penned by design chief Thomas Ingenlath, who arrived at the firm last year, has again been seen at the Tokyo motor show.

The Volvo Concept Coupe is underpinned by Volvo’s versatile new Scalable Product Architecture (SPA) platform, and powered by one of the firm’s new Drive-E four-cylinder petrol engines mated to a hybrid system for performance equivalent to a V8. The model has already been seen at the Frankfurt motor show.

The SPA will first appear on a production car next year with the all-new XC90. But Volvo has chosen to preview the architecture on a coupe to showcase its versatility, and how it has "liberated designers and engineers from the limitations of previous cross-brand platforms", a reference to Volvo’s current Ford-derived underpinnings.

"The Volvo Concept Coupe is no futuristic dream car," said Ingenlath. "It is designed to demonstrate the capability of our new architecture: the confident stance, the proportions and the most prominent design signatures.

"Even though the XC90 is an entirely different type of car, you will recognise the connection instantly when it is revealed next year."

"We are still working with the final interpretation of the grille and the iron mark and this will be revealed together with the XC90 next year," said Ingenlath.

The sleek two-door coupe also features subtle nods to Volvo’s iconic P1800 coupe, without descending into being retro, according to Ingenlath.Volvo’s new interior design is also featured on the concept, including a large touchscreen in the centre console, head-up display and handcrafted leather, wood and glass trim.

The SPA is also compatible with autonomous driving features, some of which will be introduced with the XC90 next year including a system that automatically steers to avoid accidents.

"There is a natural integration of user interfaces in our new car generation," said Ingenlath. "Interaction with pleasure but without distraction is the key. We bring connectivity to our cars and make them both more enjoyable and safe.

"Power for the concept comes from a new turbocharged and supercharged 2.0-litre four-cylinder petrol engine from Volvo’s new Drive-E engine to family to power the front wheels, and an electric motor and battery pack to power the rear wheels.

Combined power is rated to around 395bhp, and torque at around 61.1kgm of torque.

The Concept Coupe is to be joined by at least two other Volvo concept designs in the coming months, which will help to establish the brand's new design direction.

Volvo has tripled its sales in Japan to 18,000 units in recent months. Speaking at the Tokyo motor show, the company revealed the 2014 Volvo XC90 would be available with a hybrid powertrain, and that a super-efficient SPA platform-based diesel engine would be coming to Japan soon. The new engine is Euro6 emissions compliant, and has 190bhp on tap.​
You must log in or register to reply here.
Similar threads