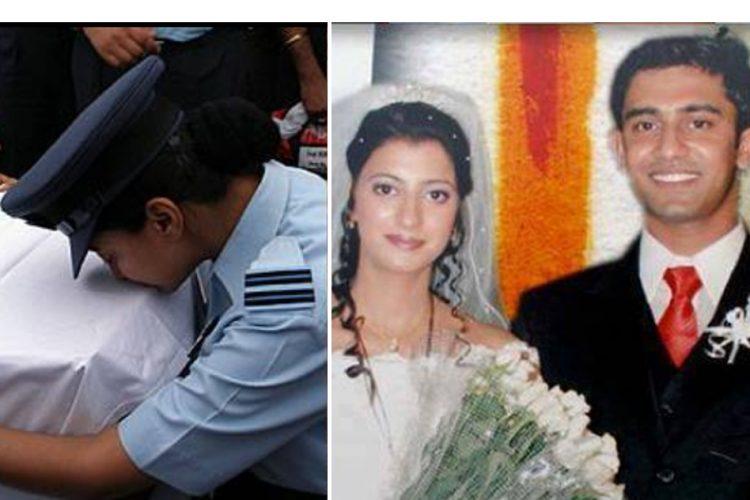 It all began in January, 2002. Deepika Dadlani had just joined for her second term of training in the Air Force Academy, and Ronald Kevin Serrao was in the final term- a senior most trainee cadet in the Academy- an office bearer. The first thing he had noticed about her was her name on the arrival list of cadets at the railway station- he would later admit. Over a game of charades, their love story began and then, it was magic! The long talks about work, life, dreams, and family at the ‘cycle stand’ on the way to the mess soon brought them closer to each other. Deepika skipped dinner on many an evening as that was the only time she would get to talk to him. 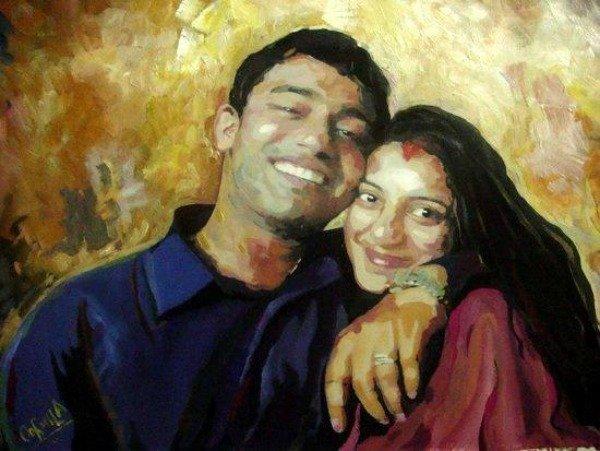 As all good things come to an end, the training days were soon over and they were never posted at the same base since. Yet, on weekends or on any other opportunity they got both made it a point to visit each other. ‘Distance makes the hearts grow fonder’ they say and so, their relationship blossomed despite the distance. Ron and Deepika got engaged in December 2004 and in April 2006 they tied the knot. They were not posted at the same base or region even after their wedding which made them steal weekends to see each other. She visited him in Tezpur, Halwara and Ambala and he visited her in Bangalore and Agra and sure enough those visits were some of the best moments of their lives!

“My life was like a fairy tale when Ron was around” recalls Deepika. He was her friend, philosopher and guide in the true sense. As a fellow pilot, he taught her more than some of her instructors. He had guided her from time to time through some of the challenging situations at work and in personal life. A perfect host while on leave, a true gentleman to the ladies, a perfect buddy to hang out with and total brat to his Air Force officer friends. That was Flt Lt Ronald Kevin Serrao! “When I got my captain ranking, he was the first person I called……and because he understood all the intricate details of the process, it made the celebrations much sweeter” Deepika proudly grows nostalgic.

Deepika had flown Ron and his squadron to Nal and on the 10th of Jan, 2007 and they had an early birthday celebration for him as she knew they both had to work and would not be able to be with each other on his 26th birthday on January 17th. On the 17th, they talked to each other at length totally oblivious that it was going to be their last. He had told her that was his best birthday ever. 18th was Deepika’s day off. She was in her room and was trying Ron’s number for a long time but was not able to get through. She was obviously worried and at one point grabbed the rosary from under her pillow and began to pray….at one point the rosary broke and even though she is not very superstitious, this made her very anxious. She knew something was not right. So, she came out of her room and began pacing nervously in the hallway. “Just then, I saw my Commanding Officer and the Flight Commander walking towards me with their spouses. I was not sure why they wanted to talk to me.” They made her sit and broke the news of the air crash. The Jaguar combat jet he was flying had blown up mid-air over Jaisalmer district in Rajasthan a few hours ago.

“My world came crashing down and my head began to spin when I heard the news” says Deepika “and my life has not been the same since” she adds.

A special IAF plane brought the mortal remains from Ambala to Mangalore for final rites on the 20th of January. The world witnessed an extremely composed brave woman in uniform marching ahead of the funeral cortege, paying her final respects to her beloved husband. Deepika reveals the painful reality: “Frankly, I was in a state of trance that day and for quite some time thereafter. I had many sleepless nights and was put on medication.” It took her a very long time to accept the fact that she was now categorized as a war widow. She was given a new ID card and that has become her new identity. 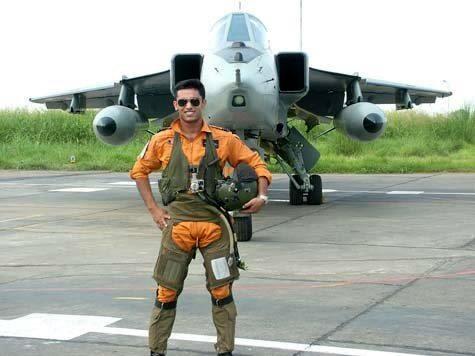 It has been very difficult and every day has been an ordeal for her but she knew she had to go on. “I had to live for our families, for Ron’s dreams and for our dreams. So, I got back to work but could never set my foot in the cockpit.” She tried for a whole year after the tragedy but could not fly. “It felt as though a part of me had died with Ron. My passion for flying and the joy of it all was dead. What else can I say? My wingman is gone” laments Deepika.

Many advised Deepika to start over and move on but she knew it was easier said than done. It would certainly be difficult for anyone to understand the depth of their relationship. Eventually she requested a premature release from the Air Force, got back to studies and completed her MBA. She has now taken up a civilian job in the corporate sector.

Deepika says that the tragedy has made her more patient, more responsible but less alive. It has been a long struggle to cope with the pain and learn to look ahead. After almost a ton of paperwork, she moved back to New Delhi where she now lives with a dog and a full time maid. The balancing act of work and home now keeps her busy and she finds less time to brood over the bygones. Slowly things are falling into place and Deepika says that things are a lot better.

Being the only child of working parents, both scientists on govt. posts had made her independent and daring. “Early in life I learnt to respect knowledge and humility. My maternal aunt who is a spastic has been my role model. I have realized seeing my aunt that hard work and dedication makes nothing impossible” recounts Deepika. Growing up she had only two dreams- one, to be a pilot and second, to join the military. Men and women in uniform fascinated her and the Air Force was the perfect combination to realize both her dreams at once.

The training years were tough especially for a woman. The Rigorous physical and mental training seemed impossible at times but the thrill of flying made all the challenges worth her while. “Ron was very proud of my accomplishments and the fact that I was a pilot in the Air Force made him beam with pride” reminisces Deepika. She learnt the art of forgiveness and being charitable from her husband who taught her that there is more to life than holding grudges.

“Even today, I encourage all the parents to send at least one of their children to serve in the armed forces. In spite of the tragedy and the agony I went though, if I have a child in this life or the next, I will definitely want him or her to join the military and wear the uniform that made all of us proud” declares Deepika. 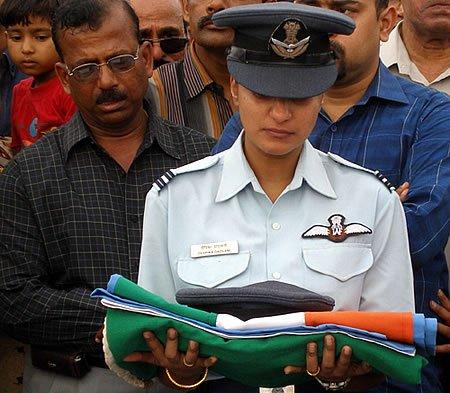 Let us learn to be proud of all the men and women in uniform who serve in the Army, the Navy and the Air Force to defend our country. Let us remember the sacrifices of all the brave ones who have martyred themselves so that you and I can be safe.
Jai Hind!​
You must log in or register to reply here.
Similar threads
Story Of A Pilot And A Daughter Who Emerged As Heroes In An Air Ambulance Crash
How Environment Regulations Helped These World Class Cities To Reduce Air Pollution
A Canadian Company Is Selling Bottled Air As China’s Smog Crisis Deepens
Only Member Of Indian Air Force To Win The Param Vir Chakra
Petrol from air’
Share:
Facebook Twitter Pinterest WhatsApp Link
Top