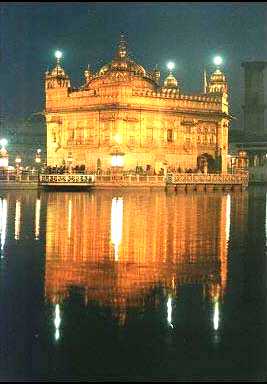 A place of stupendous beauty, the Golden Temple is the most sacred site of the sikhs. Originally a small lake in the midst of a quiet forest, the site has been a meditation retreat for wandering mendicants and sages since deep antiquity. During the 15th century, a philosopher-saint came to live and meditate by the peaceful lake. This was Guru Nanak (1469-1539), the founder of the Sikh religion. After the passing away of Guru Nanak, his disciples continued to frequent the site and over the centuries it became the primary sacred shrine of the Sikh religion. The lake was enlarged and structurally contained during the leadership of the fourth Sikh Guru (Ram Dass, 1574-81), and during the leadership of the fifth Guru (Arjan, 1581-1606) the Hari Mandir, or 'Temple of God' was built.
Guru Arjun Dev exclaimed; "My faith is for the people of all castes and all creeds from whichever direction they come and to whichever direction they bow."
The Golden Temple's architecture draws on both Hindu and Moslem artistic styles of the day. During the reign of Maharaja Ranjit Singh (1780-1839) Hari Mandir was richly ornamented with marble sculptures, golden gilding, and large quantities of precious stones. Within the sanctuary, upon a jewel studded platform, lies the Adi Granth, the sacred scripture of the Sikhs. An underground spring feeds the sacred lake and throughout the day and night pilgrims immerse themselves in the water, a symbolic cleansing of the soul rather than an actual bathing of the body. Next to the temple complex are enormous pilgrim's dormitories and dinning halls where all persons, irrespective of race, religion, or gender, are lodged and guru ka langar continues.
S

its awesome .. enlightening ... beautiful and truly a wonder of the world

Ya PAr raat da full prog dekhan wala hunda!
Hav any body from u seen that full prog !
i Did ....a really good exp!

I am proud of being a Sikh

I am Lucky that i was born as a sikh.

I am proud of being a Sikh
Click to expand...

It was the British supported Sikh elite establishment who propogated the by now widespread story that the
foundation stone of the Hari Mandir was laid by the Sufi pir Mian Mir. Repetition of this myth prompted
many people including from the Sikh community to carry out a detailed survey of the oldest and modernest
sources pertaining to the construction of the Hari Mandir. Found no trace of Mian Mir. But the Hardliners
of the Singh-Sabha(singh-Safa) variety continue to prop up a blatant forgery simply because it has become
popular and is being patronised by those who control the neo-Sikh establishment. 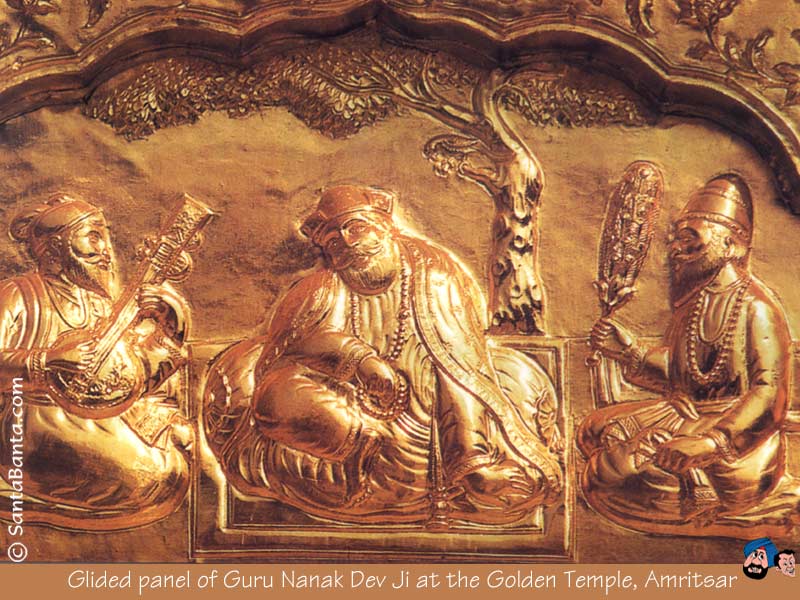