Run-machine Kohli leads from the front 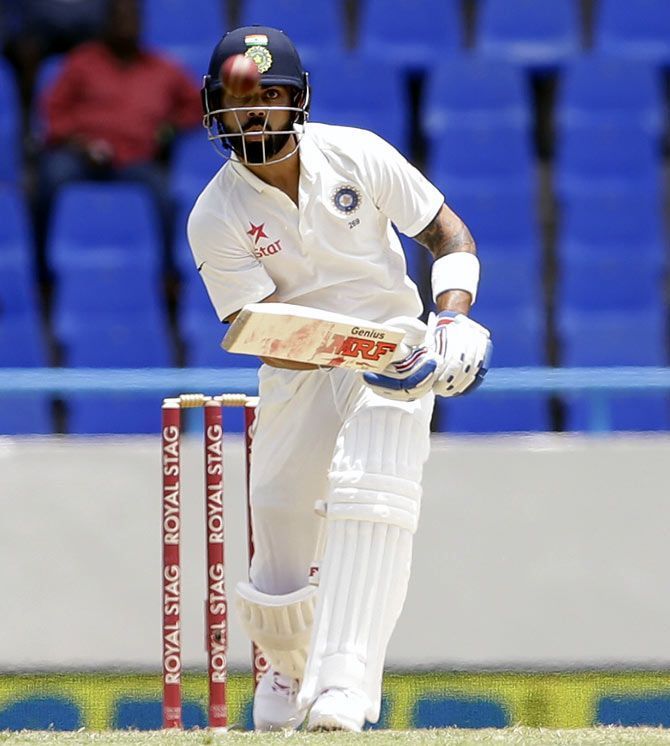 Captain Virat Kohli led from the front with the bat, smashing an unbeaten century to put India in control on Day 1 of the first Test against the West Indies


Kohli cracked a fluent 143 not out, hitting 16 fours in his 197-ball knock to steer India to a comfortable 302/4 at stumps on the opening day at a venue named after batting legend -- the Sir Vivian Richards Stadium in North Sound, Antigua.

During the course of his innings, Kohli established quite a few records. He became only the third Indian captain to score a century in the West Indies after Kapil Dev and Rahul Dravid. His innings is currently the second highest by an Indian captain.