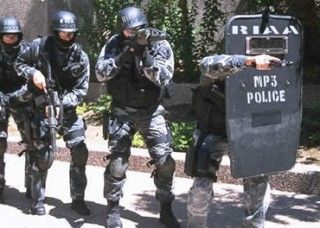 RIAA said that Anonymous and LelzSec’s campaign launched against public sites like the American Senate, CIA, and even the Arizona Police Department proved that a “lawless” web isn’t good, and proposed laws like the PROTECT IP Act are needed to restore order.

In a posting on its official site, the RIAA asked that Senators didn’t waver on pending laws demanding broadband providers to block copyright infringing services. The proposed measure, also known as DNS filtering, is part of the PROTECT IP Act, which (as the RIAA believes) is necessary to restore order to a “lawless” web, where hacker groups LulzSec and Anonymous are currently able to roam free.

The copyright outfit claimed that in a world where hackers are allowed to set their sights on new targets almost every day, including the official US Senate site, the CIA’s public service and more recently Arizona’s law enforcement database, there’s no way to think that a lawless web defended to the extreme is anything good. However, the industry critics point out that the RIAA is actually combining two absolutely different topics, trying to make the case for censoring the web on the backs of hacker groups which simply expose the security flaws of others.

Although the Recording Industry Association of America’s failed business model is solely to blame for its problems, the outfit is still trying to argue that stricter legislation is the panacea. It seems that the rights owners fail to understand that the consumers can’t be forcibly turned into paying customers, as well as they can’t dictate consumers who their favorite artists are. Accordingly, censoring the web will not be able to fix the entertainment industry’s refusal to give consumers what they want and where they want it.

Meanwhile, the industry observers are not tired to explain that the suggested PROTECT IP Act will enforce DNS filtering, which can be easily circumvented, thus rendering the entire process an exercise in futility. Besides, about 3/4 of global peer-to-peer traffic takes place outside US borders, which means that even if the new legislation somehow manages to cut file-sharing traffic in the US by half, this will bring them to meager 12.5% decline of the trend, thus making the law further questionable. As usual, using hacker groups to seemingly scare Senators into enacting the new copyright legislation has nothing to do with the public interest.
You must log in or register to reply here.
Similar threads