RDB to feature in Fast & Furious 7 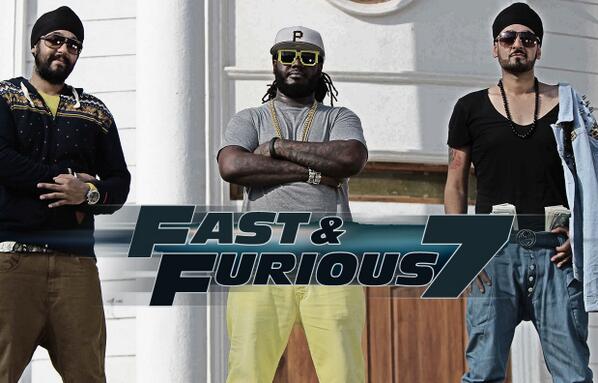 UK Asian music outfit RDB are set to feature in the seventh installement of the multi-billion grossing 'Fast & Furious' series alongside T-Pain!

We hear that popular desi band from UK, RDB and Nindy Kaur who are currently in the news for their collaboration with Grammy winner T-Painare going to feature in Fast & Furious 7, courtesy, the global rapper himself!

T-Pain will be making his debut on the big screen and has requested his film directors to consider his fellow musicians RDB to be a part of the film in some way to bring a desi element to the film. Apaprently T-Pain is completely in love with India and due to his proximity with RDB, the band figures on the top of his favourite list of people. Interestingly RDB will be the only Indian to feature in the film. Last we hear, that Deepika Padukone had citied date issues for not being able to be part of the film.

Ankit Khanna from RDB states, "RDB is a global brand. They have been approached several times in the past with film offers due to their captivating person but the script wasn't just right. Plus it would be a double bonanza for any film production house as they can sing and act at the very same time." 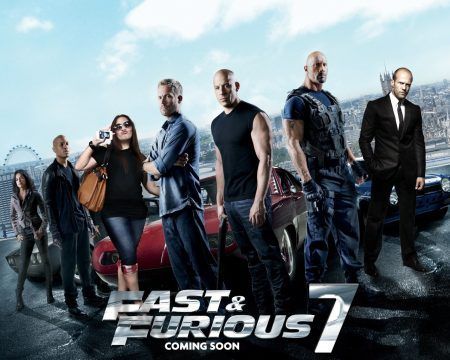 While the world waits to hear about whether or not Cody Walker will be taking his late brother’s spot in Fast & Furious 7, news has surfaced that rapper T-Pain and the U.K. based desi band RDB are to be used in the film. They just recently worked together on the song Daddy Da Cash and you can see the music video below.

Apparently, RDB, which stands for Rhythm Dhol and Base, will be joining T-Pain in the latest Fast & Furious installment when they begin filming after the hiatus caused by Paul Walker’s death. T-Pain, who has collaborated with Ludacris, will be making his film debut in the film and he specifically asked for RDB to be included. The 28 year-old grammy winning singer/songwriter, real name Faheem Rasheed Najm, asked for his friends to be used in order to bring a desi element to the movie.

RDB was formed by three British Sikh brothers in 2001. The trio’s music blends western styles with traditional vocals and sounds of Punjabi music. T-Pain and RDB recently collaborated on the song Daddy Da Cash. T-Pain enjoyed the experience of working with the three brother’s so much that after being told he had a role in Fast & Furious 7 he asked that the U.K. based desi band RDB be included in the film as well.

During his musical career T-Pain has worked with Jamie Foxx and Kanye West, winning a grammy for his collaboration with Ye, and it seems that his work with Ludacris opened the door for his entry into the Fast & Furious franchise. The singer/songwriter and record producer wants to bring an element of desi to the movie’s verse. The artist loves India and is fast friends with the three Sikh brothers. RDB will be, according to Indian publications, the first and only Indians to feature in the seventh installment of the Fast & Furious franchise.

RDB have been approached by other film producers and studios to appear in films, but, the globally popular band have been unable to take up any offers because of their busy schedule. Ankit Khanna, a spokesperson for the group, has stated that Universal Pictures are getting a great deal by using the three brothers. He says that all three can act and sing so the filmmakers will benefit doubly from using them.

The three brothers, Manjeet Ral, Surjeet Ral, Nindy Kaur, are based in Bradford, West Yorkshire in the U.K. and the award winning group lost one member, Kuldeep Ral, when he died from a brain tumor in 2012. T-Pain founded the record label Nappy Boy Entertainment in 2005. The entertainer was known for using Auto-Tune and was fundamental in making it popular. Between 2006 and 2010 the singer featured on over 50 singles.

Though it has been reported that Fast & Furious 7 are to use T-Pain and the U.K. based desi band RDB in this latest installment of the popular franchise there was no information as to when they would be filming their scenes. Although the film has been put on hold until Universal and the film’s producers can work out how to proceed after the death of Paul Walker, director James Wan has stated that filming will resume as soon as possible. You can watch T-Pain and RDB in the video below.​

tfs..
You must log in or register to reply here.
Similar threads