It is with deep regret that Ranjit Bawa has refused to promote our latest song Jinda Sukha Anthem as he has other commercial music in the pipeline. Even though he demanded 1.5 lakh Indian rupees for a dharmik vocal and this was PAID.

He also cranked up a 50,000 rupees bill in one night whilst staying a hotel paid by the production house of the film.

It should be noted that the producers of the film ‘The Mastermind’ Jinda Sukha are donating 50% of all profits to Seva projects in Punjab.

Dharam Seva Records is a charity run by volunteers and their efforts are purely to promote topics based on the heros of our Sikh Nation.

Shaheed Bhai Jinda and Shaheed Bhai Sukha are Martyrs of our Panth and we are disgusted by the behaviour and attitudes of Ranjit Bawa and his management team towards this project.

We wish to make this statement that nobody is a star in this world, we are all human beings who all take a birth and all die.

To see video interviews claiming that Ranjit Bawa does Sikh Parchaar in the Dereh where he sings couldn’t be further from the truth.

We wish to send out a strong message to temporary stars who think they can abuse the good nature of volunteer’s and organisations who put efforts to pushing our Sikh ethics out.

Ranjit Bawa we do not need you to promote tracks on Shaheed Bhai Jinda & Shaheed Bhai Sukha the public itself will support what they appreciate.

Many bigger stars than Ranjit Bawa have recorded free of cost for Dharmik material and will continue to do so.

Special thanks to Tigerstyle and Lehmber Hussainpuri for their support in this project.
It is too late to remove Ranjit Bawa from our video as this is all now completed.
Vaheguru Ji Ka Khalsa, Vaheguru Ji Ki Fateh Doe

kita si but no idea why they removed it later on 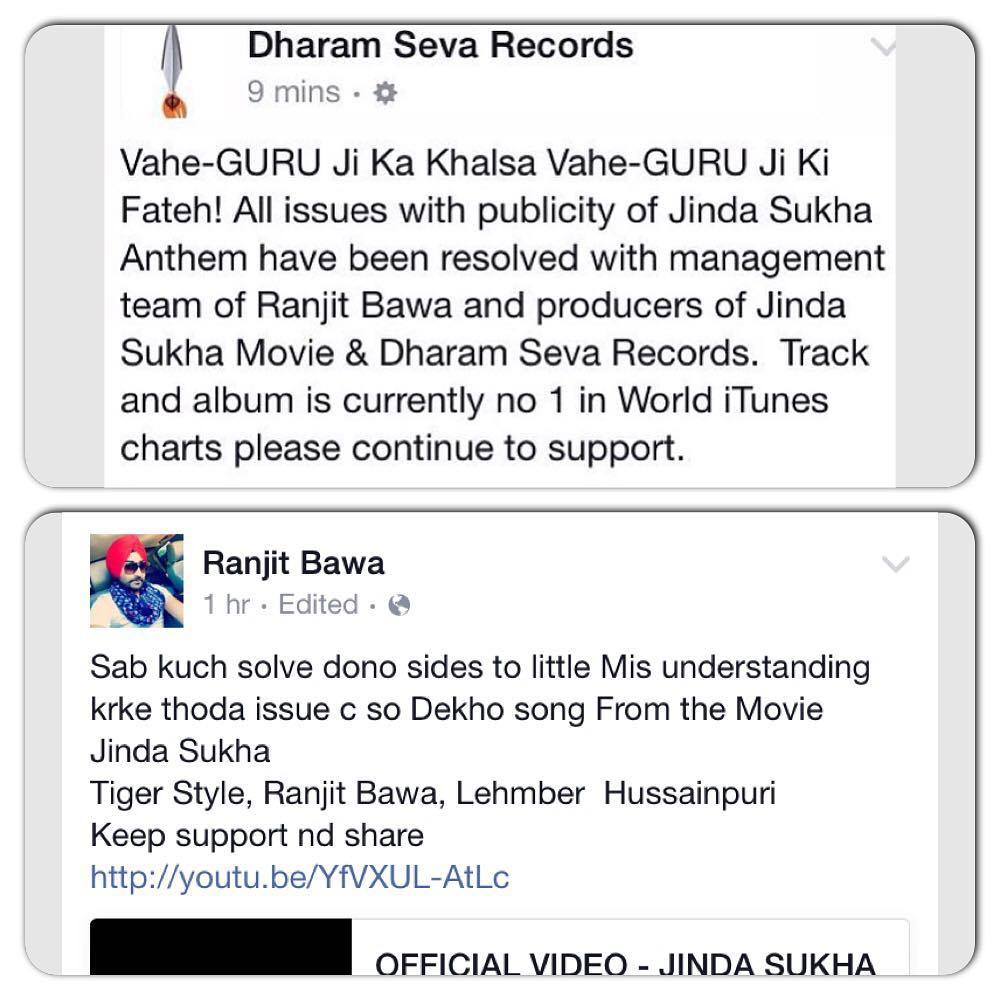 there was a dispute that has been solved. that means they issued the statement. and it was true.
Last edited: Jul 18, 2015