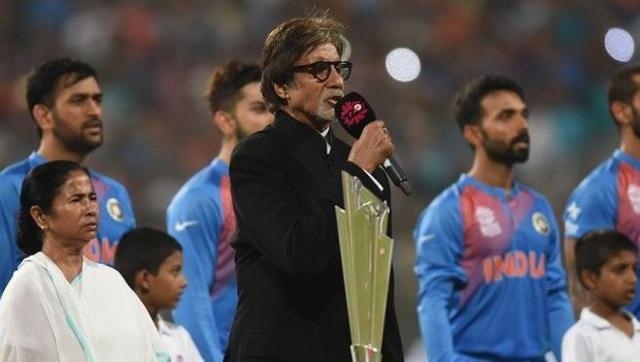 Amitabh Bachchan’s soulful rendition of the national anthem before the India- Pakistan match gave goosebumps to all Indians on Saturday and set the perfect mood for a high voltage match as it tugged at the core of our heart.
But now, Ullhas PR, who makes short films, has filed a police complaint against the Bollywood superstar, accusing him of taking more time than mandated while singing the national anthem during the Twenty20 World Cup clash between India and Pakistan.

It’s worth noticing, that Ullhas is the same man who had lodged a complaint against Aamir Khan following the release of his film PK, in which he referred to policemen as “thulla”.
The complaint was lodged at the New Ashok Nagar police station in east Delhi on Monday.


Bachchan sang the national anthem on Saturday at the Eden Garden in Kolkata along with thousands at the sprawling stadium -- before the high-voltage match began.

The filmmaker had on November 25 last year filed a police complaint against Bollywood actor-producer Aamir Khan for his remarks on intolerance in the country.