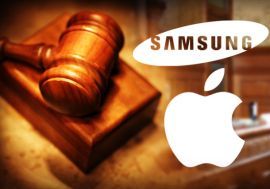 The Obama Administration has vetoed a decision by the U.S. International Trade Commission that would have led to a sales ban on older iPhones and iPads.

In an unexpected move, the Obama administration vetoed an earlier ruling by the U.S. International Trade Commission that would have resulted in a sales ban of some older Apple devices.
That ban, set to formally begin Monday, was decided in early June after Samsung accused Apple of infringing on its patents. The president had 60 days to review the decision and intervene, something that hadn't happened with an ITC decision since 1987.
In the veto, sent to ITC Chairman Irving Williamson by U.S. Trade Representative Michael Froman, Froman said he disapproved of the earlier ruling, and had based that decision on the effect it had on "competitive conditions in the U.S. economy and the effect on U.S. consumers." In particular, Froman said the U.S. needed to pay close attention to standards essential patents and their licensing in order to promote "innovation and economic progress."
"We are disappointed that the U.S. Trade Representative has decided to set aside the exclusion order issued by the U.S. International Trade Commission," Samsung said following the decision. "The ITC's decision correctly recognized that Samsung has been negotiating in good faith and that Apple remains unwilling to take a license."
"We applaud the administration for standing up for innovation in this landmark case," Apple said in a statement. "Samsung was wrong to abuse the patent system in this way."

Samsung's ITC victory centered on a wireless communications patent that covered technology found in some older iPhones and cellular-enabled iPads. That includes iPhones prior to the iPhone 4S made for AT&T's network, as well as 3G-enabled versions of the iPad 1 and 2. Some of those models were still being sold by Apple and its carrier partners.
Technology companies in recent years have increasingly turned to the ITC to settle their disputes. Companies can pursue an ITC case in parallel with civil lawsuits, and the threat of an embargo on products typically forces companies to settle more quickly.
Many legal experts believed next week's ban would go into effect without the Obama administration stepping in, citing a lack of any presidential interventions in ITC decisions for the past 26 years. That includes a legal spat between Broadcom and Qualcomm in 2007 that could have had a much broader impact on the mobile device landscape, and that was sorted out after the two companies settled.
Regardless of this latest decision, next week is still a big one for the two companies, which continue to duke it out. On Friday, August 9, the two companies head to court for oral arguments on permanent injunctions from the trial that wrapped up last August. The ITC also said it plans to release on the 9th its final ruling on whether Samsung infringed on Apple's patents. That's part of a separate case Apple filed in July 2011, and could result in a sales ban on some older Samsung phones and tablets.