Not competing with Salman, he is like family: Farhan Akhtar 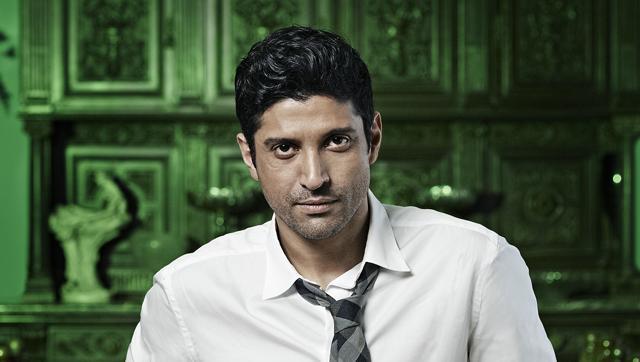 Fifteen years back, he started his Bollywood journey with the hit film Dil Chahta Hai (DCH; 2001). Farhan Akhtar has successfully donned many hats since then. But the actor-film-maker admits that direction will always be special to him. Here, the 42-year-old opens up about “telling more stories”, and his relationship with Salman Khan.

DCH has completed 15 years. You have come a long way...

Absolutely! I entered the industry because I wanted to tell stories. So, that is a serious driving force for me. Whether it is directors, producers or actors — we are all trying to tell stories. Film-making is a director’s medium, the way theatre is an actor’s medium. That’s why, a director’s vision becomes the major aspect that comes through in a movie. That’s something I look forward to doing again. There are many stories that I want to share as a director, and not just as an actor.

In your upcoming movie, you are playing a character that you’ve essayed in the film’s prequel. Is re-enacting a role easy or difficult?

It’s a combination of both. The prequel to my upcoming film was hugely successful. It is etched in people’s memories, and is still loved and appreciated. So, you don’t want to take audiences for a ride, and say, “Let’s make a film because they will come and watch it.” People wonder why it has taken eight years for us to make a sequel, but the fact is that we wanted to give viewers something that we were proud of. So, there is a certain pressure and anxiety about what people will feel when they watch it. But there is also a sense of celebration because we are ready with a new film.

Recently, Salman called you his “kid brother”. He also said that there is no competition between your production ventures, both of which release this Friday…

What kind of an equation do you share with Salman and his family?

We (Salman and Farhan) are not competing with each other. Sohail (Khan), Arbaaz (Khan) and Salman are involved in [promoting] their film. They are like extended family to me. So, I wish that both our films do well, and I really think that’s possible. I don’t think we should have any kind of sinister ideas towards each other. That serves no purpose. Film-making isn’t a race.

With so many projects in hand, how involved are you in production?

In all honesty, it is predominantly dealt with by Ritesh (Sidhwani; Farhan’s partner) and the executive producers. Apart from the creative side of the films, which I am involved in, Ritesh includes me only if he needs my help on a major decision. Otherwise, I thank him profusely for dealing with it entirely (laughs).

Ritesh and you will be producing a web series. Is it an exciting time to be a producer?

Every company has to look out for ways to keep growing. Internet is an emerging space for those who want to reach out and engage with people, especially with a generation that is interested in watching stuff on their computers, tablets and phones. The question is, “How do we engage with these people?” For that, we need to create content. They are happy to watch content that is out there, and is not constantly subjected to some kind of censorship.

Do you think this is the future?