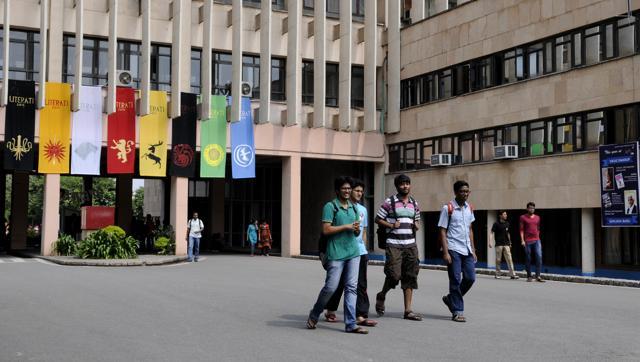 Experts have voiced concern over not a single Indian educational institution figuring in the coveted top 200 list of the Times Higher Education World University Rankings 2016-17, released on Wednesday.
India aced the rankings as far as South Asia was concerned, but only two universities from the country – the Indian Institute of Science-Bangalore (201-250 group) and the Indian Institute of Technology-Bombay (351-400 group) – could be seen in the top 400 of the 980-institution list. While the premier Bangalore institute moved up significantly in the list (it was in the 251-300 group last year), other establishments like IIT-Delhi, IIT-Kanpur and IIT-Madras figured somewhere between ranks 401 and 500. IIT-Kharagpur and IIT-Roorkee, for their part, appeared in the 501-600 band.
India has 19 institutes in the top 800, two more than last year, and 12 others between 801 and 980.
Though we may pat ourselves on the back because a record 31 Indian educational institutions – including 14 new names – have made it to the list, the picture does not look as rosy when we take the total area and population of India into consideration.

So, why hasn’t any Indian university or educational institution figured in the top 200 of the list? Deepak Pental, former vice-chancellor of Delhi University, cites the country’s lackadaisical approach towards improving the quality of education and research as the reason. “The way things are going, we will not be able to improve our rankings even in the next ten years. Our universities places zero emphasis on improving teaching and research. Why do you think Chinese and Singapore universities have fared so well? It’s because they are research-oriented universities. We, on the other hand, open institutes due to critical pressure, and quality becomes the first casualty,” he said.
“If we are to improve, we should change our attitude towards education and stop politicising it. We need to concentrate on specialised research to improve our ranking,” he added.

A former IIT director seconded Pental’s opinion. “Quality is a major challenge, especially in research, which plays a major role in global rankings. We need to invest more in research and other allied activities to improve our ranking,” he said on the condition of anonymity.
However, the human resource development (HRD) ministry seemed more optimistic about Indian educational institutions making a mark in upcoming lists. “We have been devising plans to ensure that our educational institutions perform better. For instance, we have launched a new project called ‘Vishwajeet’ that’s aimed at improving the global ranking of seven IITs. These institutions will get better funding and infrastructure, helping them excel on all parameters. Our teacher-student ratio seems poor because we don’t count our PhD scholars who take regular classes as faculty members. However, as they are globally counted as faculty members, we have decided to follow the same system. This will improve the overall ranking of our institutions,” the HRD official said.
President Pranab Mukherjee, during a speech delivered at the Jamia Millia Islamia University in 2014, had decried the “lack of quality” in the India education system. “We have made rapid strides in boosting our higher educational infrastructure – there are 723 universities and over 37,000 colleges in our country. However, many of our institutes lack quality that denies students world-class education,” he had said. “There is not a single Indian institution amongst the top 200 universities in the world. I do believe that some of our institutions are better than what the rankings project… However, it is also a fact that an all-out effort to revamp our academic system is the need of the hour,” Mukherjee added.
The list, topped by the University of Oxford (relegating the California Institute of Technology to the second position), continues to be dominated by US and European establishments. However, two new Asian universities – the Chinese University of Hong Kong and Korea Advanced Institute of Science and Technology (KAIST) – have made it to the top 100. Four other institutes from the continent – City University of Hong Kong (119th), University of Science and Technology of China (153rd), Fudan University, China (155th) and Hong Kong Polytechnic University (192nd) – appear in the top 200.