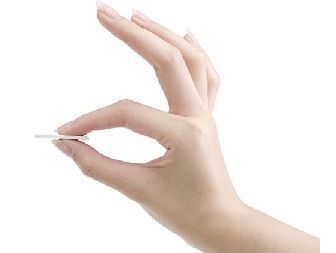 Weighing in at a mere gram, KINGMAX’s new USB is sure to stun the competition. They claim on their website that they have ‘probably’ created “The Wold’s Smallest Flash Drive”. It seems KINGMAX hasn’t done their homework, as Sony has released an even smaller USB drive almost 3 times as small as KINGMAX’s. Still, the 3 centimeter contender in the USB market has a lot to offer, and for a surprising price.
Despite Sony’s competition, KINGMAX has the upperhand, it would seem- as they offer more of a value for the drive. How much damage to your wallet can one of these do? A 4 Gigabyte drive will only run you $55, while they Sony version isn’t even available in the United States yet. For such an innovative and new product, that’s not a bad buy at all.
The 3 centimeter USB is a large step in the race to see who can build the smallest USB drive, but you have to ask yourself; how often do you lose your current jump drive? If you are like us and lose it as often as we do, you might want to stay away from this product. If you have to have it, we suggest you invest in a lanyard.​