Karachi bakery’s ‘LoC’ pizza is half Indian and half Pakistani 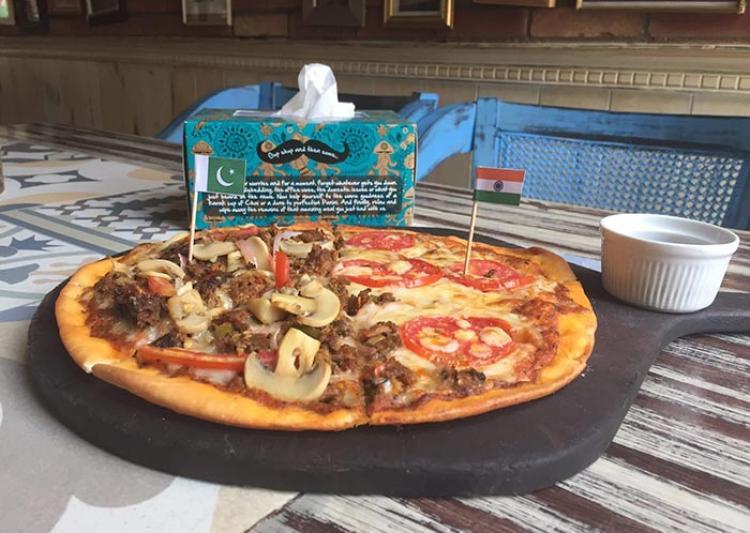 A Pakistani café’s bizarre idea to have a pizza with the Indian flag on one half and the Pakistani flag on the other is aimed at quelling the mounting tensions between the two sparring neighbours.

The pizza developed by Pakistani cafe Sattar Buksh, a parody of the famous international chain Starbucks, is aptly named LoC and is served hot with the Indian and Pakistani flags on it.

Before you brush it off as a strange marketing gimmick, there is more to the ‘LoC’ story. As it turns out, this pizza is that both vegetarian and non-vegetarian food lovers can share it at the same time. 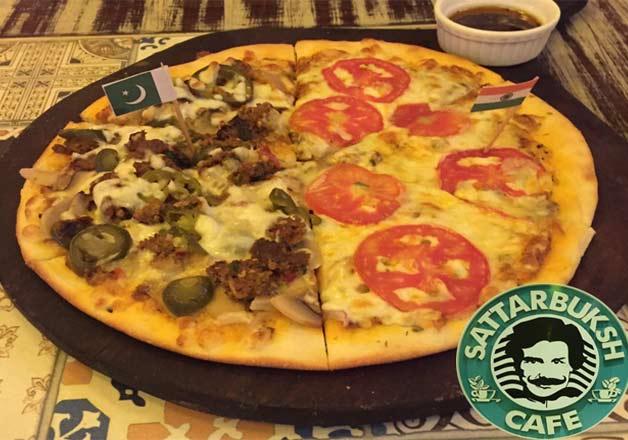 You heard it right! One half of the crust has beef and mushroom toppings while the other half contains tomato and onion along mozzarella. Understandably, while the Pakistani flag in fixed on the beefy side, the Indian flag stands erect on the vegetarian one.

The LoC (Line of Control) has been constantly in news recently and is one acronym that has dominated the headlines in both the countries lately.

In the middle of the growing tension between the two countries, this half India and half Pakistan delicacy is like a blessing for all those who would otherwise end up fighting over a pizza.