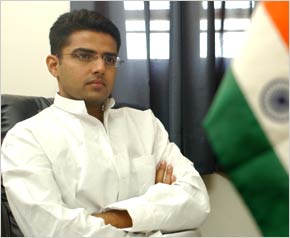 The Indian government announced last weeks that social networking websites must comply with the demand of the security agencies for a real-time monitoring of their user information in order to make sure that national security isn’t compromised.

Sachin Pilot, Ministry of State for Telecom and IT, explained that they can’t afford to take chances with national security. The statement was made on the sidelines of an international forum hold by the U.S.-based IT giant AMD – the second largest chip manufacture in the world.

Mr. Pilot said that there was a whole list of organizations that had been asked to provide access and monitoring solution, because law enforcement agencies wanted data for national security. The discussion has been on for several months now and the authorities are expecting to find a solution soon, because the matter is of national priority.

The Indian government is trying to not leave any loop holes that may be detrimental to national security. Meanwhile, Ravi Swaminathan, Managing Director for AMD (India), believes that conferences like that would create a platform for the Internet industry to cooperate and address relevant societal issues, because technology had given rise to the awareness and aspirations of many while regulating various ethical issues. AMD and an industry chamber even arranged the international forum “Ethics, Governance and Technology”, where the company announced that the government would introduce an IT policy addressing such problems as financial frauds and piracy.

Previously, the Canadian company Research in Motion, providing BlackBerry services, was asked by the government to hand over an interception solution for its BlackBerry Internet Services, Messenger and Enterprise Servers regarding security concerns. The matter was that the government suspected that terrorists might use BlackBerry services because the information there was highly encrypted and security agencies were not able to monitor them. At the same time, Skype provides online telephony services, and Google offers a host of services like e-mail and search, which poses the same threat.

in idiots she poochu most of the information got leaked from their PM office to pakistan & america.
That was pm manmohan only who Gave the news to America that India was testing nukes in 1995