Actress Katrina Kaif being felicitated with Smita Patil memorial award has sparked a new debate. Many people are of the opinion that she doesn’t deserve being conferred with an award in the memory of one of the finest actresses Bollywood has seen. However, amidst all this, Smita Patil’s son Prateik Babbar has a different take on it. When contacted by a leading entertainment portal, Prateik said that he has heard Katrina is a hardworking actress.

Katrina, who is not minting gold (or even silver) at the box office (after ‘Phantom, ‘Fitoor’ and ‘Baar Baar Dekho’ did not rake money) was selected because of her contribution to Hindi film industry, said organisers. The organisers also said she was unanimously chosen because she is one of the attractive personalities of Bollywood.

This announcement had not gone well with the netizens. Many took to social media to condemn the decision and even trolled the actress. Comments like ‘It is time to leave the planet’ and ‘This award is for acting not abs’, flooded micro-blogging website Twitter.

Though the organisers have kept mum on this, Prateik has said that it is a good news. When Prateik was told about the online trolls, he said that he cannot comment on it till he talks with his family. 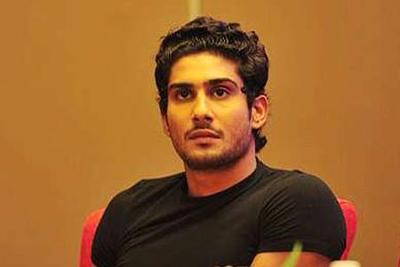 Earlier, when Katrina was asked to comment on the mocking which she is being subjected to, she had said that no British actor could speak Hindi fluently as she does. Katrina said that though she is not a born actress, she tries hard and is ‘humbled’ to get the honour.
You must log in or register to reply here.
Share:
Facebook Twitter Pinterest WhatsApp Share Link
Top