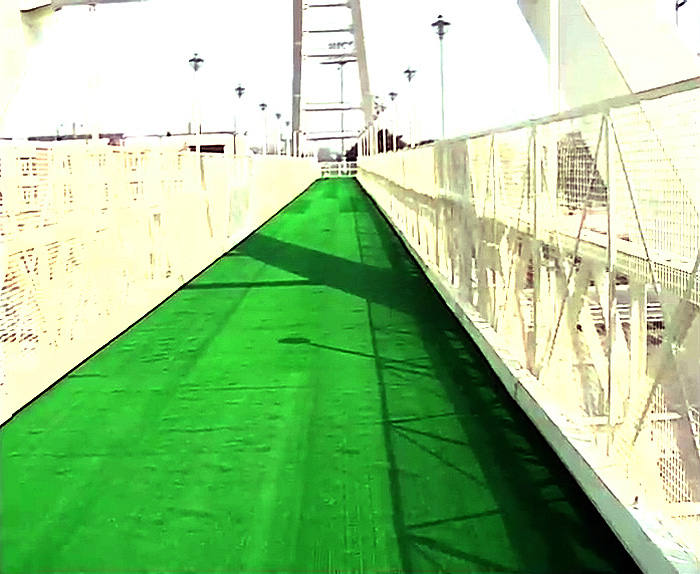 The foot over-bridge near Jawaharlal Nehru Stadium, the main venue for the Commonwealth Games is finally ready for use. 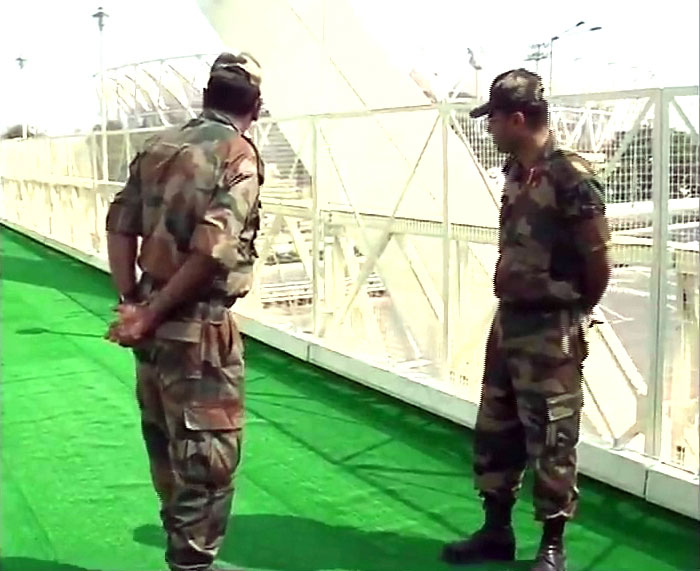 The 260 feet long bridge, which had collapsed on September 21, 2010, was officially handed over to the Delhi Government on Friday, October 1, 2010, for the Commonwealth Games scheduled to begin on Sunday, October 3, 2010. 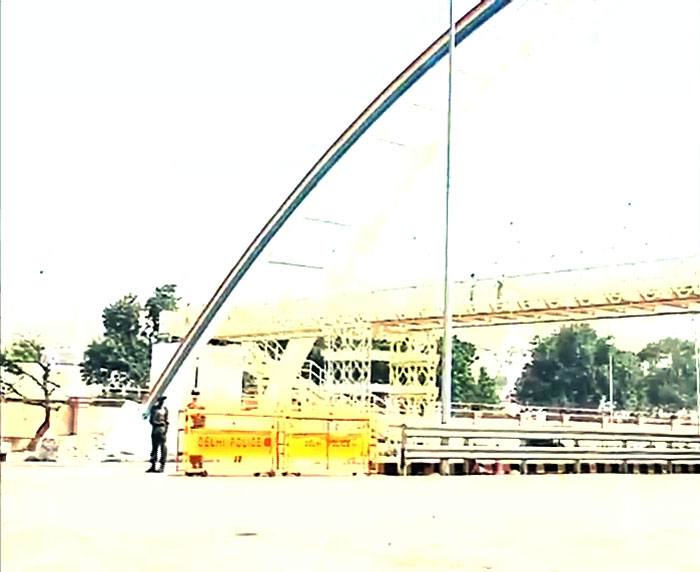 Having built the bridge in just 5 days, the Indian Army has once again proved its might. 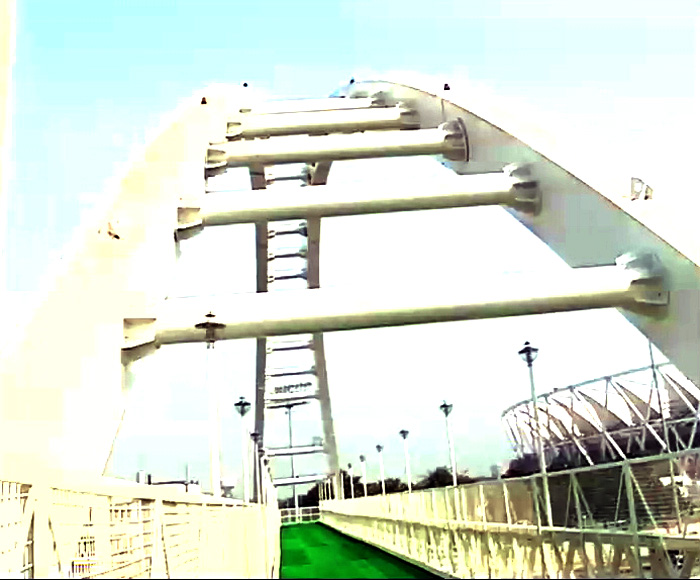 However, it is a temporary structure and will be torn down after the Games. 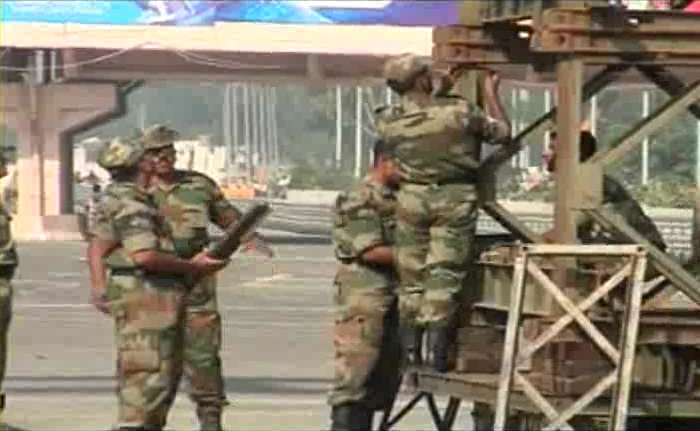 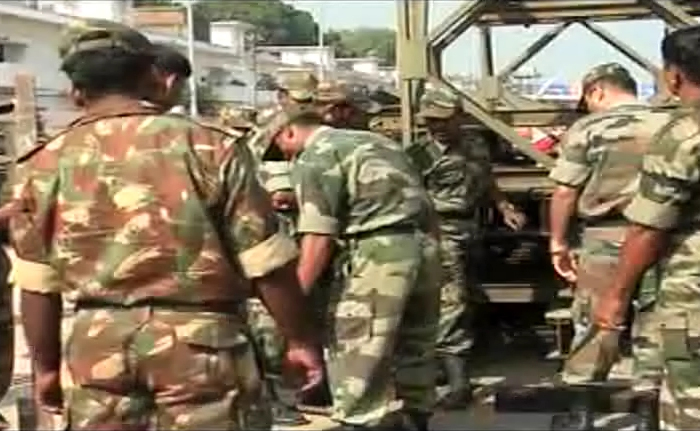 The Army swung into action and had a replacement ready within a week. They used 600 men as opposed to 100 by the Public Works Department (PWD) which took 18 months. 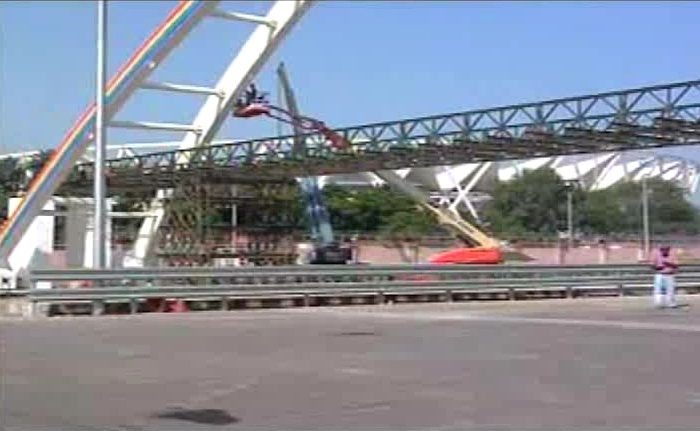 Along with criticism of the athletes' village, the bridge collapse had created a lot of furore last week. 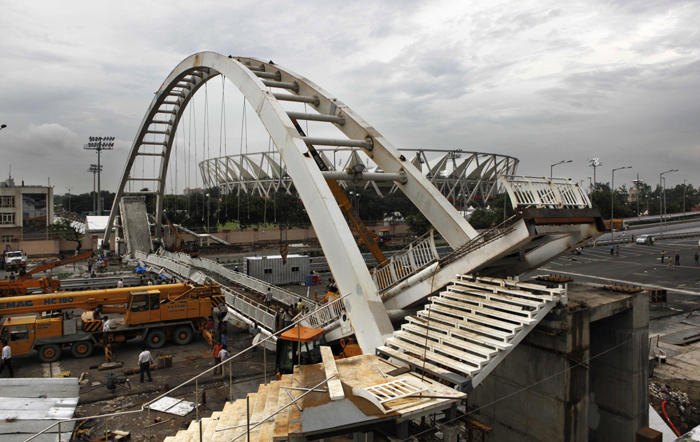 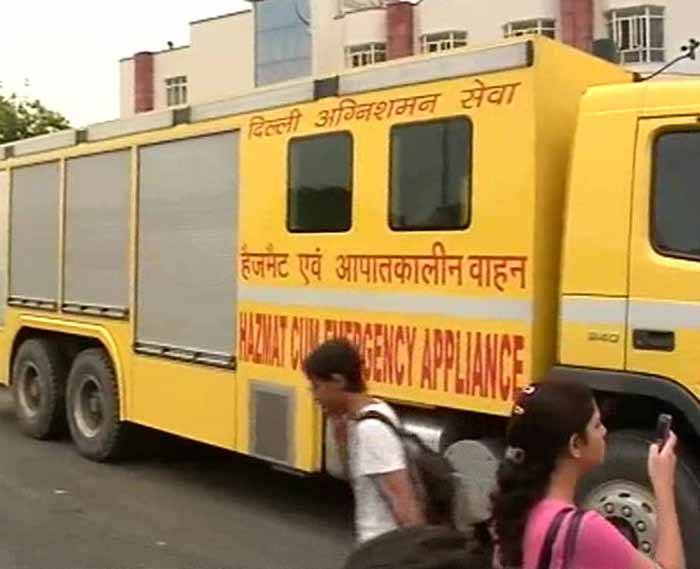 27 labourers were reported to be injured in the accident with five of them being critical. 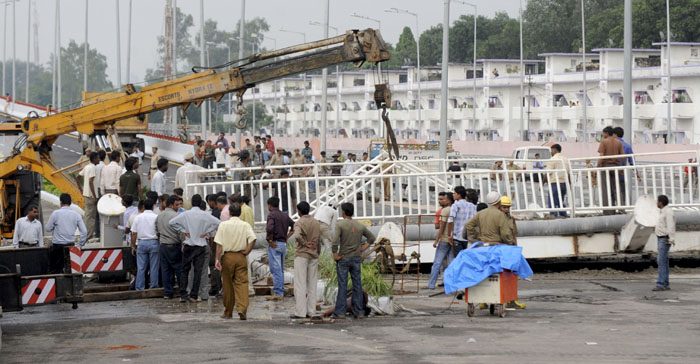 The 100-metre-long foot over bridge was to connect the JLN stadium to a car parking lot. (AFP Photo) 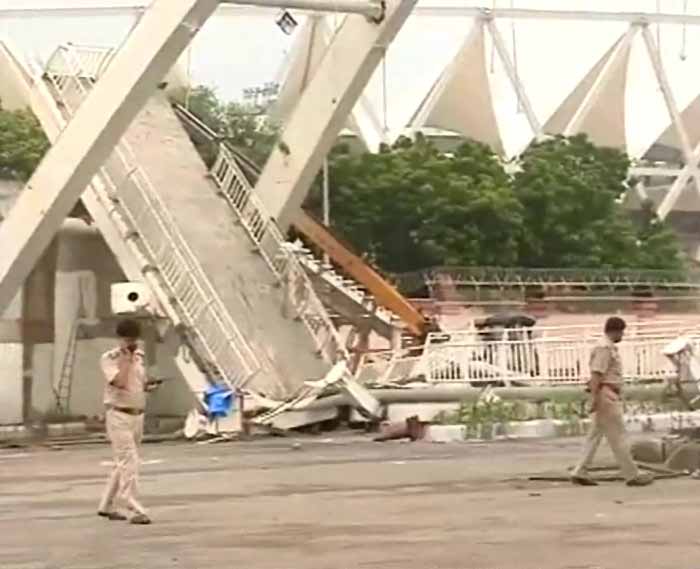 The JLN Stadium will host the Opening and the Closing ceremony of the CWG along with many other events. On Monday, September 20, 2010, two police personnel, including an officer, had suffered injuries when a canopy erected at the stadium fell on them. 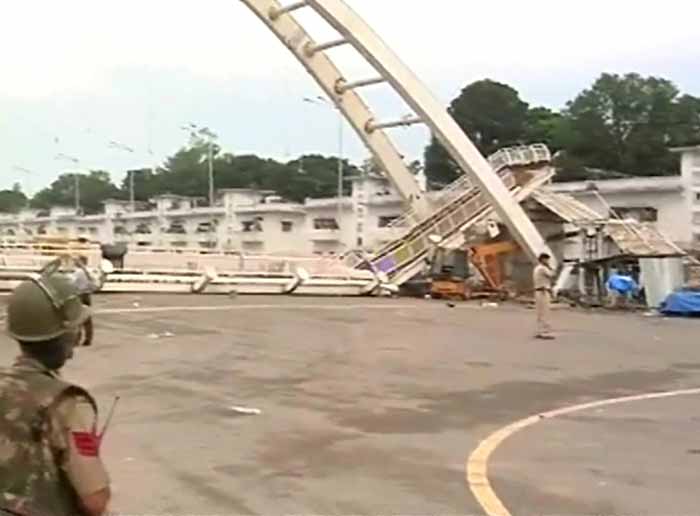 The bridge, whose construction was to be completed soon, was to connect the parking lot of the Jawaharlal Nehru Stadium where the opening and closing functions of Commonwealth Games would be held. 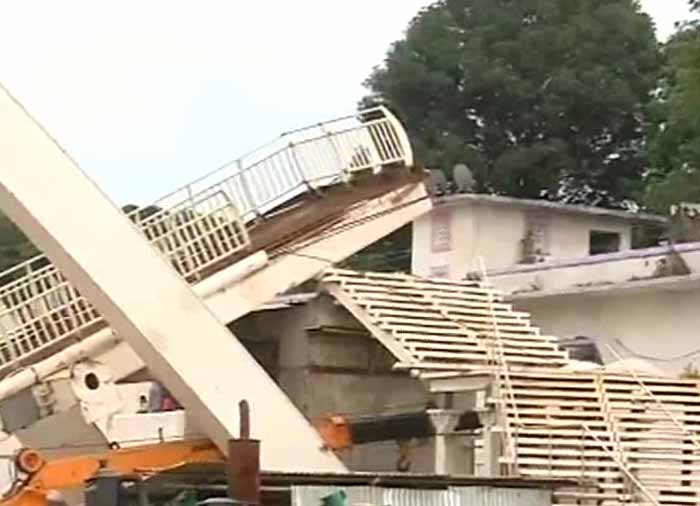 Fire department officials said the labourers were putting concrete mix at a portion of the bridge when the incident took place. 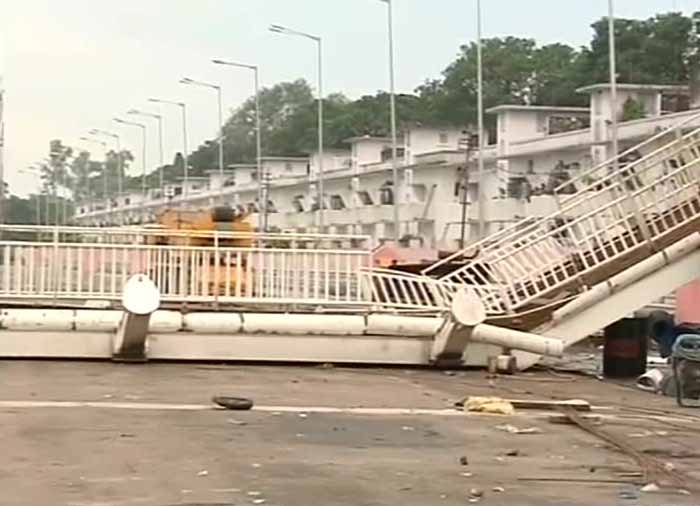 PWD Chief Engineer Rakesh Mishra admitted that the incident was a "setback" but expressed confidence that the project would be completed before the Games were due to commence. 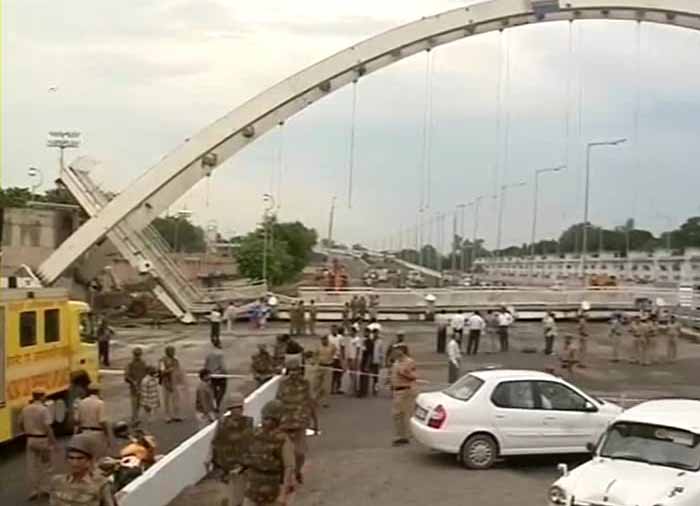 Public Works Department of Delhi government, which had given the contract to PNR Infra for constructing the over-bridge, ordered an inquiry into the incident. 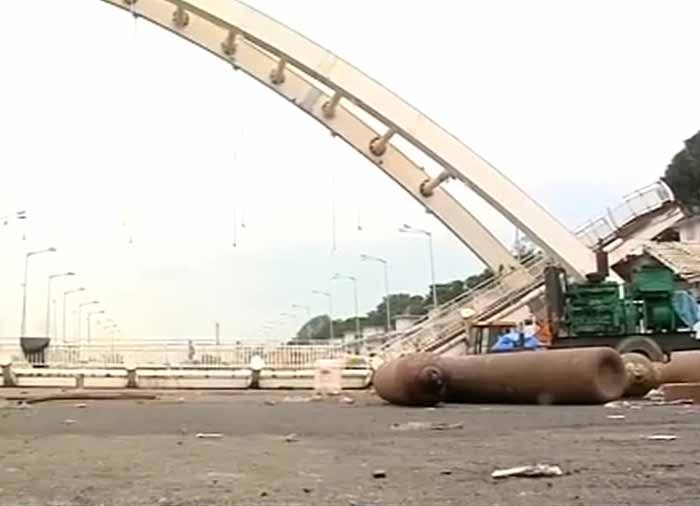 After the accident, questions were raised as to who was responsible for the bridge collapse? While authorities assured that all concerns are being addressed, this incident once again exposed serious lapses. 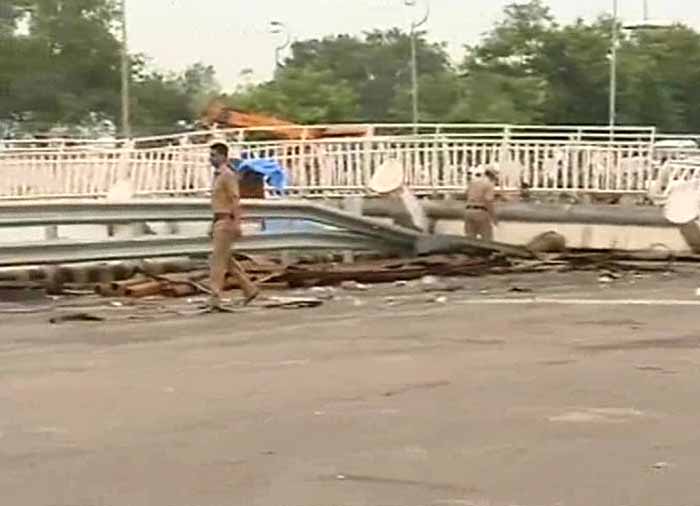 The Commonwealth Games have already received a lot of flak for alleged financial mismanagement and lack of proper infrastructure development. 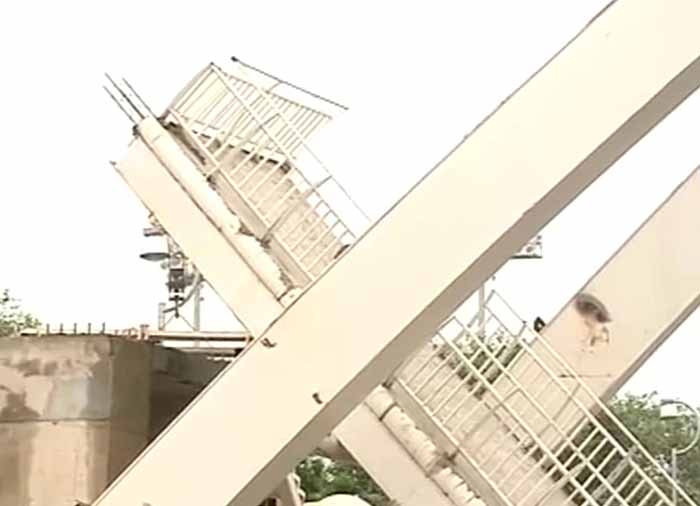 Incidents like these had put the Organising Committe in a tight spot. 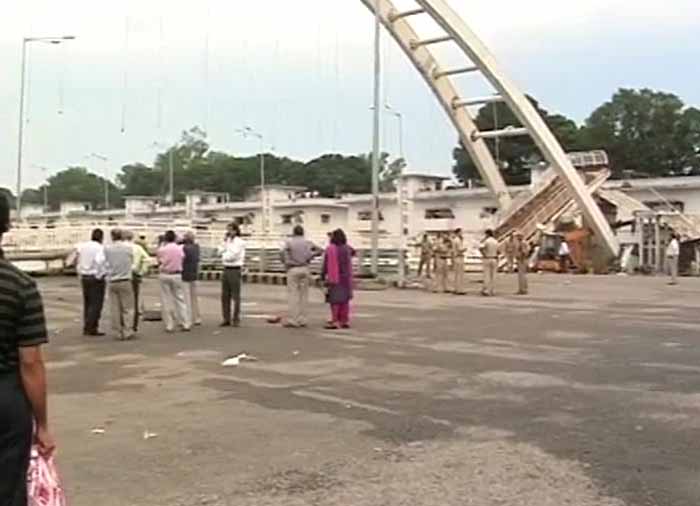 Incessant rains had made the construction work more difficult at the CWG sites. The following pictures are further illustrations of the severe damages. 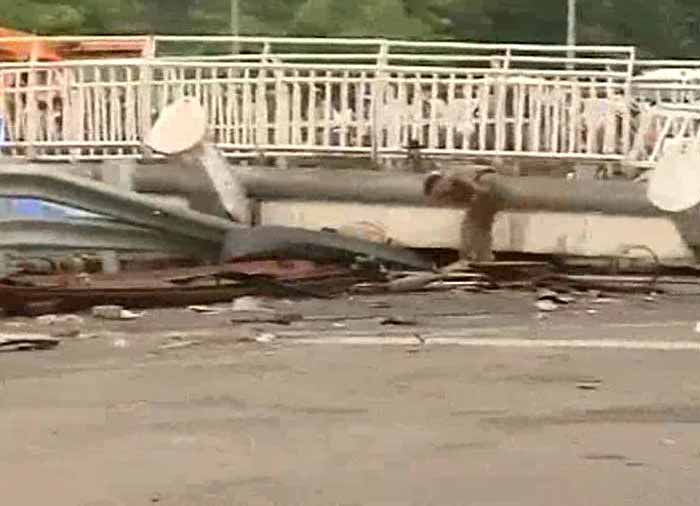 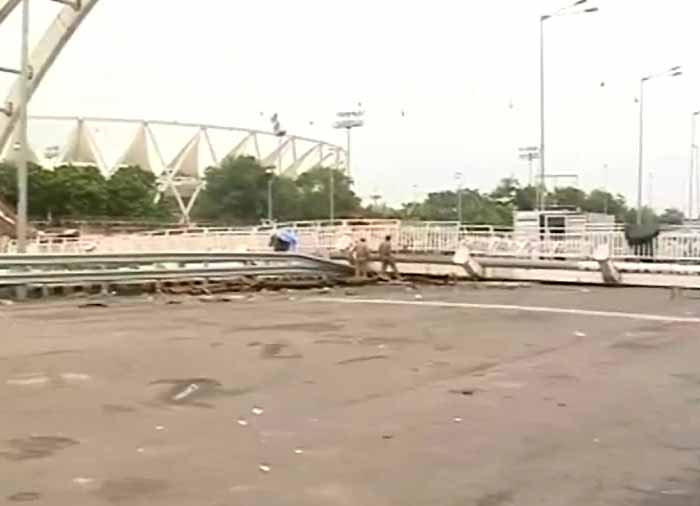 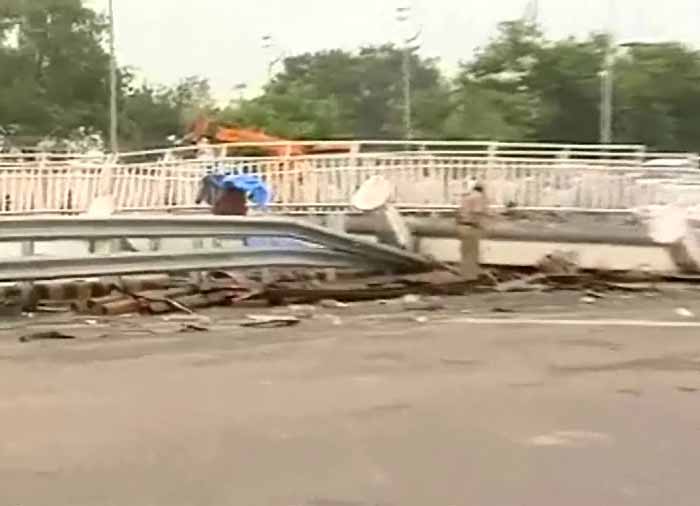 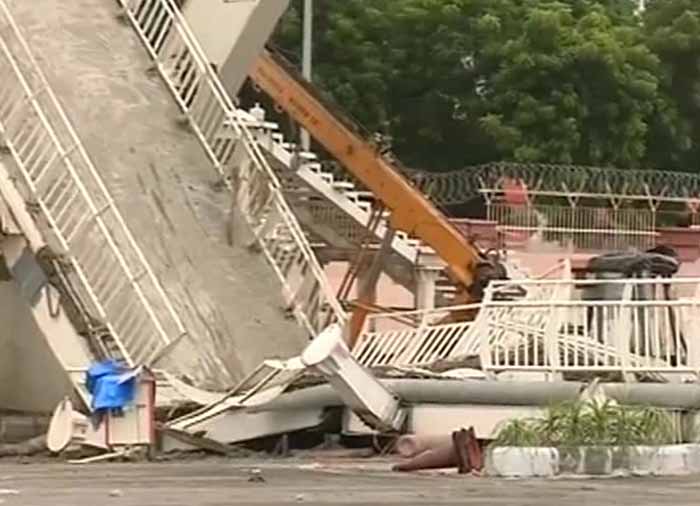