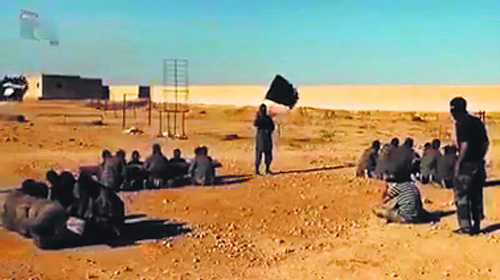 The Anti-Terrorism Squad (ATS) of Maharashtra Police has stumbled upon 270 Uniform Resource Locators (URLs), commonly known as web addresses, that deal with terror group Islamic State’s doctrine.
ATS chief Atulchandra Kulkarni told reporters that they had rushed a proposal to the Union Home Ministry to block these URLs highlighting the IS activities, thoughts, etc.
He said the special committee of the ministry would take the final call on the issue.
As per reports, such URLs could act as a catalyst in encouraging the youth to join the terror outfit and there is a need to block all these URLs as soon as possible.
Last year, the ATS had blocked 94 such websites.
The Maharashtra ATS has resorted to many ways to thwart ISIS threats in the state.
It has roped in maulanas to create awareness among the members of the minority community.
The ATS is also conducting various events in colleges to create awareness among the students.
You must log in or register to reply here.
Similar threads