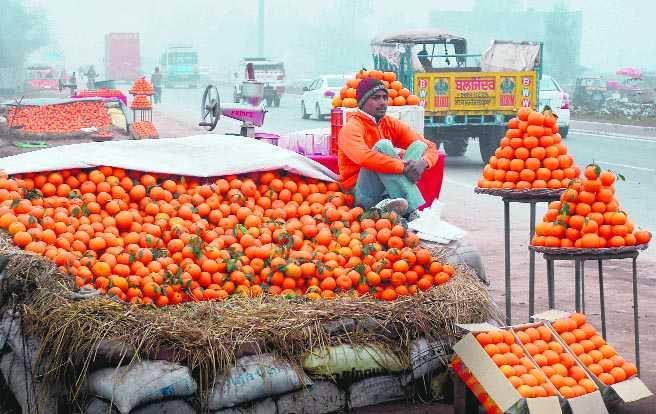 Now, waste seeds of Punjab kinnow will be used to manufacture an anti-cancer, anti-oxidant supplement.
It is for the first time that the product has been processed from Punjab’s kinnow and that too in the state’s laboratories.
Solving a problem that has continued for long — what should be done with kinnow waste: seeds and peel — after extraction of its juice, scientists from the state, assisted by the state Department of Horticulture and Punjab Agro Industries Corporation (PAIC), have developed a compound called neutraceutics.
According to scientists and reputed agri-journals, the compound not only has anti-cancer but also anti-diabetes and anti-inflammatory properties.
As the new formulation has already been developed into consumable capsules, its first trial is all set to start on chicken by scientists of Guru Angad Dev Veterinary and Animal Sciences University (GADVASU), Ludhiana, this month.
While superior kinnow produced outside India is characterised by its feature of being seedless, the high seed content of Punjab’s kinnow — the character that otherwise compromises its quality — has proved its asset during the development of this compound.
“The extraction of juice from kinnow is an easy task. For the past 8-9 years, we were trying to exploit it, but to no avail. However, the breakthrough came around one-and-a-half years ago when a US-based Indian scientist advised exploiting Punjab kinnow for this purpose. Due to high seed content, the Punjab kinnow is very rich in compounds like limolin glucoside, a type of sugar, carotinoids and flavonoids.
“Studies have established that these compounds have anti-cancer, anti-diabetes, anti-inflammatory properties,” said Director Horticulture Dr Gurkanwal Singh.
“Last year, we took some clues from a South Africa-based scientist. Within months, our scientists developed the compound in our laboratories. It is ready in capsule form. To study its effects, especially toxicity if any, PAIC is supplying it to GADVASU where it will be made part of chickens’ diet. If successful, we will contact PGIMER, Chandigarh, to conduct trials on humans,” he added.
He said the larger idea was that kinnow waste generated while extracting juice should be used exploited for industrial production.
Dr Minni Singh, Assistant Professor, Department of Biotechnology, Punjabi University, Patiala, who played instrumental role in neutraceutics development, has said that although compounds like limolin glucoside, carotenoids and flavonoids have useful properties, these are insoluble in water.
“This means that even if we eat kinnow, these compounds are not absorbed well in our body. But we have bio-engineered a product from these compounds using nano-technology. The processed compound will be easily absorbable, making it useful for the human body,” she said.
You must log in or register to reply here.
Similar threads