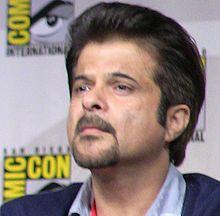 From One two ka four to 24, Anil Kapoor has come a long way. And so, we learnt has his 'requirements'. It all began with an invitation that Anil Kapoor received to attend an awards ceremony in Dubai.

Busy with his new regime to play a special agent for the Indian adaptation of American TV series 24, the actor turned down the invite.

Perseverant, the sponsors came back with an ace - an award for Anil, hoping this would solve everything. Sadly, luring a Bollywood actor, who has international appeal, wasn't that easy.

Along with a confirmation of him attending the do, Anil sent a list of 'requirements'. "We were told that Anil would need two first class tickets in a good airline to fly in and fly out of Dubai. We were also told that he will need a presidential suite to stay in," said a staff member of the sponsoring company.

The actor's next demand left the organisers flummoxed.

According to the source, Anil asked for rooms for his assistants on the same floor of his suite - rooms that must be interconnected to his. "We were told that the rooms must have connecting doors. Also they asked for three security guards. And smaller requests for luxury cars and more," the source added.

Needless to say, Anil was becoming a bit too heavy on the sponsors' pocket. And they decided to drop him from the show.

"We wrote back saying as much as we would love to have him on board, we will not be able to afford him. He couldn't attend the awards function ultimately," said the source.