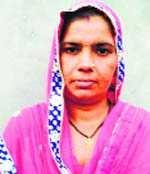 In a step towards empowerment of women at the grassroots level, Bhiwani Ruhelan village in the district has unanimously decided to elect an all-women panchayat for the next five years. Moreover, the sarpanch and 12 panches are likely to be elected unopposed.
The villagers had emerged on a consensus to elect the village sarpanch and panches as only one candidate filed nomination papers for the sarpanch’s post. Similarly, single nominations have been filed at ten wards of panches while two women candidates have filed papers in each of the ward number 4 and 6.
The villagers, however, are confident that they would build consensus on these two wards too and the nomination of more than one candidate would be withdrawn soon.
The village comprising about 3,000 voters is excited about their panchayat while expecting to bring about a change not only in infrastructure development, but hope to emerge as a flag-bearer of social change. “It a new experiment and we are confident the panchayat would prove its worth”, said Surender Goswami, who spearheaded the initiative for electing an all-woman panchayat.
The sarpanch designate Sarita Devi said providing potable water to every household would be the first priority of the new panchayat. “We have been facing a problem of drinking water. But we hope to put an end to this problem. We would not let this opportunity go and work hard to leave an everlasting impression,” she said.
POLL BUZZ
5,550 nominations filed in Sirsa
Sirsa/Fatehabad: In all, 187 persons have filed their nomination papers for 24 seats of the Zila Parishad in Sirsa district. In Fatehabad district, the authorities have received 188 nominations for 18 seats of the Zila Parishad. For panchayat samiti elections, 354 men and 141 women have filed their nomination in Sirsa as against 194 men and 129 women in Fatehabad. In all, 1,274 have filed their nominations for sarpanch and 3,594 for panch in Sirsa. In Fatehabad,1,017 have filed their nominations for sarpanch and 2,809 for panch. — TNS
Panchayat elected unopposed in Sonepat
Sonepat: Residents of Jharonth village under Kharkhoda subdivision of the district unanimously elected their 10-member gram panchayat with Kamlesh Devi as sarpanch. The panches include Ombir, Beena Devi, Deepak, Neeraj Devi, Sunil Dutt, Krishan, Naresh, Phulo Devi and Surender. Similarly, Rajbir Dahiya of Jharonth village has been elected unopposed from ward number 18.
You must log in or register to reply here.
Similar threads
Punjab News Punjab ਦੇ ਚੋਣ ਮੈਦਾਨ ਵਿਚ 7 Woman, ਦਾਅ 'ਤੇ ਲੱਗੀ ਕਿਸਮਤ
Punjab News Tourist Visa 'ਤੇ ਆਈ Woman ਹੈਰੋਇਨ ਸਮੇਤ Arrested
On CCTV, Woman On Bike Dies After Hitting Pothole Near Mumbai
34-year-old woman teacher arrested for sexually abusing 14-year-old boy in Chandigarh
107-year-old woman says whiskey is the secret to her long life
Share:
Facebook Twitter Pinterest WhatsApp Link
Top