Staff member
47 to 84 is an upcoming Punjabi Movie by Babli Singh. 47 to 84 is a story of a twelve-year-old girl. It is a refreshing take on her journey through the traumatic times of India – Pakistan partition and then when her life was heading to normalcy, the 84 riots happened. Being shot at a limited budget, the movie is sure to create a lot of buzz. The star cast will have all new faces so that the characters have no resemblance to anyone and lend a realistic feel. 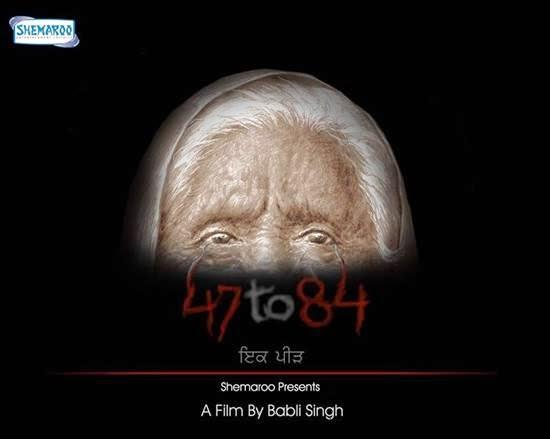 Synopsis - As far as the story of the film is concerned, it is narrated by the title of the film. Even if we talk about this in nutshell, the story is based on true and painful incidents, the suffering of which has been born by the families in Lahore at the time of partition in 1947 and again on their bodies during the anti-sikh genocide that broke in various parts of Hindustan including Delhi in 1984. It was such a harrowing destruction that made the Sikhs homeless in their own homeland. We unwillingly born all the suffering of whatever happened in 1947 and anti-sikh genocide of 1984 that happened in Delhi and other parts of the country, and that was criminal conspiracy made against a single community. Such incidents in our own country raised many questions like Sikhs were the citizens of which country? Whenever in any part of the world any community faces oppression and injustice, it's but natural that the young generation faces its impact. Therefore, the emotions developed in such circumstances definitely have to show their results, which are part of this film.
The matter doesn't only end here, when the youth of Punjab decided to punish the offenders of this horrendous act. And in response to this our police began to kill innocent people in police encounters in the name of eliminating the terrorists. A ceaseless trend of painful killing of young people and dishonoring of daughters and sisters began in police stations. This film describes such realities. Today, the whole country knows very well that the offenders of dreaded violence that occurred in Delhi and other places of the country are still at large, and those police officers who got promotions for fake police encounters are roaming with pride. Till today several mothers are wondering in vain and still waiting for their lost sons, even many families are going from pillar to post to get justice. The story of this film starts from Canada and ends in Canada itself, which contains the suffering of that woman who has seen the suffering of 47 to 84 with her eyes. We have tried that this feature film of ours became a historical document and also an advice for all those people who have suffered the pain of this time period irrespective of their religion. A few lines of the title song of this film, describe the story something like this:

Staff member
​
You must log in or register to reply here.
Similar threads