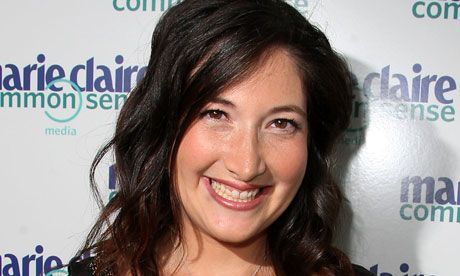 Randi Zuckerberg, sister of the social network’s billionaire founder Mark Zuckerberg and former Facebook’s director of marketing, has taken a decision to leave her brother’s company and start her own social media consulting enterprise.

Randi Zuckerberg has been working for Facebook with her brother for the last 6 years, but now she says she feels the time came to leave Facebook and create her own firm focused on the exciting trends underway in the media industry. Randi has taken a decision to announce that her time at Facebook was coming to a close. Still, she underlined that when she thought about the projects she was most proud of within her 6 years at Facebook, they all have one thing in common – they were connected with the intersection of traditional media and social technology.

Meanwhile, Facebook itself confirmed Randi’s departure and issued an official statement, saying that they can confirm that their director of marketing had decided to leave the company to set up her own business. Facebook announced they were all grateful for her important service, but Mark Zuckerberg made no direct comment in this regards.

Randi Zuckerberg is going to launch her social media consulting firm called “RtoZ Media”. She says that her goal is to start her own innovative programming and work with different media companies in order to develop their programming in innovative and more social ways. Randi admitted that while challenging this project, Facebook would most likely be in the centre of it, so she hopes to go on advising Facebook on media projects.

The Zuckerberg’s resignation letter was published on the site AllThingsD, where she said she had focused on innovating and pushing the media industry forward by implementing new concepts around live, social, and participatory viewing. Although there was an incredible progress done already, there’s still a lot of to be done and more other ways Randi is able to affect change.

Randi’s name is considered prominent in Silicon Valley, even despite the fact that she has been on maternity leave for the last several months. Randi Zuckerberg was nominated for an Emmy award a while ago in the category of live coverage of a news event during her work on “Facebook Live”, which is a real-time news show she developed and hosted for Facebook.

Thanks
​
You must log in or register to reply here.
Similar threads