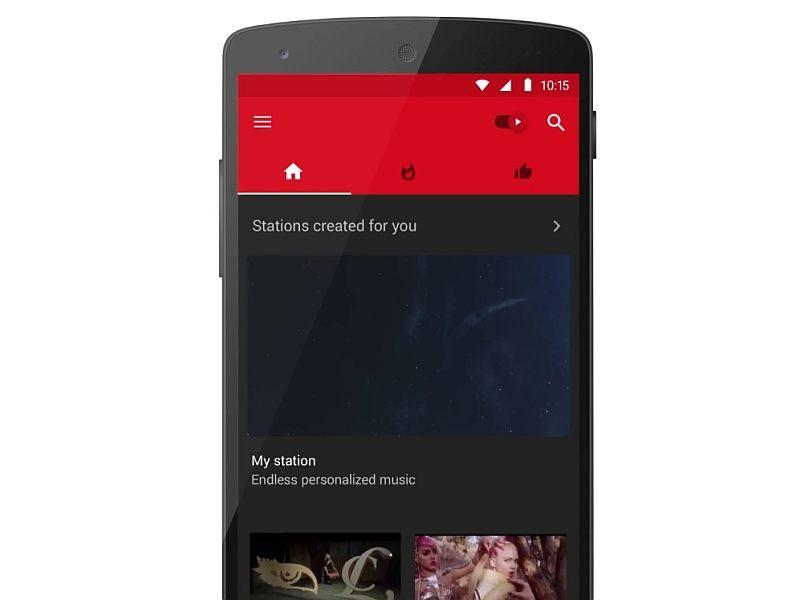 YouTube on Thursday entered the increasingly crowded field of music streaming, hoping to reach a new audience through a user-friendly service that seizes on the video giant's vast variety.

Called YouTube Music, the platform will offer songs both with and without video, and users will be able to switch instantly to an audio-only mode.

In a feature it hopes will be a key selling point, YouTube Music will create non-stop stations tailored to users, who can fine-tune how much variety they want.

YouTube, the world's third most popular website after its parent company Google and Facebook, aims to take advantage of its quirky possibilities by offering artists' original tracks alongside cover versions, live footage and user-generated content.

T. Jay Fowler, the director of product development who was involved in earlier services Beats Music and MOG, said he hoped to draw more people to streaming instead of simply competing with other companies.

"I'm excited about being additive to the market, rather than just moving users through an ecosystem of apps," he told AFP.

Not just videos
The video behemoth on October 28 launched YouTube Red, a premium service that allows advertisement-free access to subscribers.

YouTube Music - which was announced alongside YouTube Red without full details or a launch date - is compatible both with Google's Android system (Google Play) and Apple (App Store) and will initially be available only in the United States.

The streaming service will be free but will come without advertisements for subscribers to YouTube Red, which costs $9.99 a month.

Google will still operate its audio-driven Google Play Music streaming service, with YouTube Music expecting some consumers to use both platforms.

Streaming -- which allows unlimited online music on-demand -- has been rapidly growing. Universal Music Group, the largest label conglomerate, said Tuesday that for the first time more than half its digital revenue came from streaming in the latest quarter.

Spotify is by far the largest streaming company with 75 million users, 20 million of them paying. But it has faced growing competition from new entrants Apple Music and rap mogul Jay Z's Tidal, which have both tried to distinguish themselves through original content and video.

YouTube in turn learned that it needed to focus less exclusively on video during a trial phase known as YouTube Music Key.

Listeners wanted to turn off videos when driving or exercising for fear of using up their batteries or data allotments.

"It really comes down to portability, and I think to date YouTube has not been seen as a portable experience," Fowler said.

Reaching non-music buffs
While YouTube Music will highlight rising new artists, the service is largely targeting the casual fan who may have been listening to the same songs for years.

"The magic of YouTube is this massive catalog," Fowler said, but added that the main message was "low-effort, high-reward."

"The majority of people who are consuming music in the United States right now consume it in the car and are listening to a highly repetitive set of music," he said.

"I want to remind users that music has intrinsic value and that it's worth paying for," he said.

Listeners can tap on a favorite artist and then listen to a continuous selection of music generated for them.

Users can fine-tune their channels by clicking thumbs up or thumbs down on tracks and adjusting filters on how adventurous they want to be.

Going one step further with portability, YouTube Music will constantly cache tracks so that a user can come back while offline -- a feature that is possible but not automatic on most streaming services.

Streaming, despite its growth, has come under fire from a number of artists who say that the proceeds are paltry.

Even before its entry into streaming, YouTube has been a frequent target of music industry representatives alarmed by users' ability to post nearly anything online.
YouTube said it was committed to proper payments. In a blog post announcing YouTube Music, it said that YouTube and Google have paid more than $3 billion to the music industry.