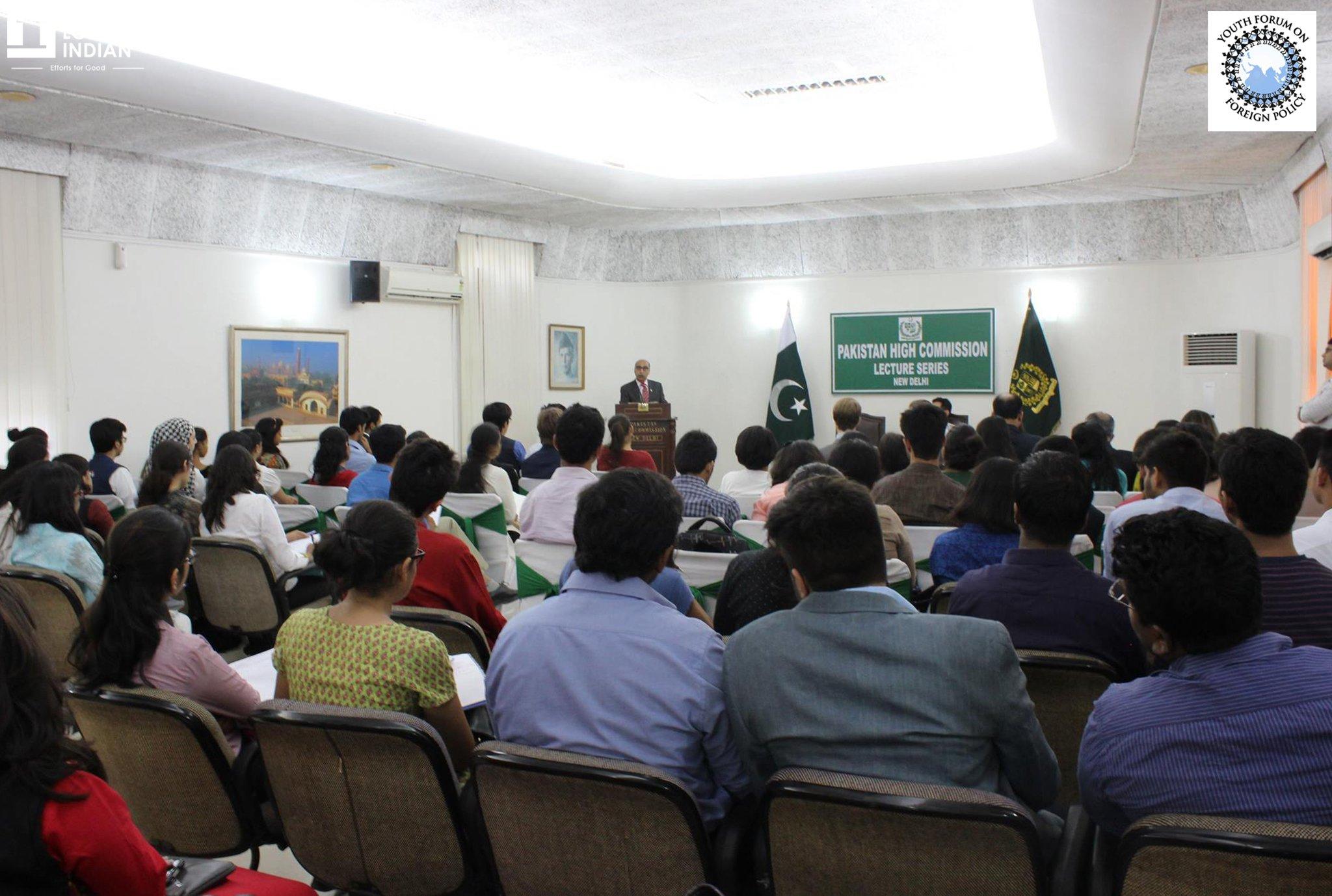 10th September, 2015, New Delhi – Youth Forum on Foreign Policy, an independent and non-partisan initiative instituted to promote substantive dialogue on India’s foreign policy amongst the youth, organized an interactive session with the High Commissioner of Pakistan, Mr. Abdul Basit, on 9th September as part of its Embassy Dialogue Series.

The dialogue was held at the Pakistan High Commission, New Delhi. The audience comprised of influential stakeholders in foreign policy, including Mr. Gaurav Gogoi, Member of Parliament and co-founder at YFFP, representatives from the embassies of Poland, Belgium, Singapore and Sweden, as well as representatives from institutions such as Brookings. Students and professors across various disciplines and colleges in Delhi were invited to attend the event after extensive short listing. After a short introductory speech by Mr. Gogoi, Mr. Abdul Basit was invited to the dais to address the audience on India – Pakistan relations post the summit in Ufa. 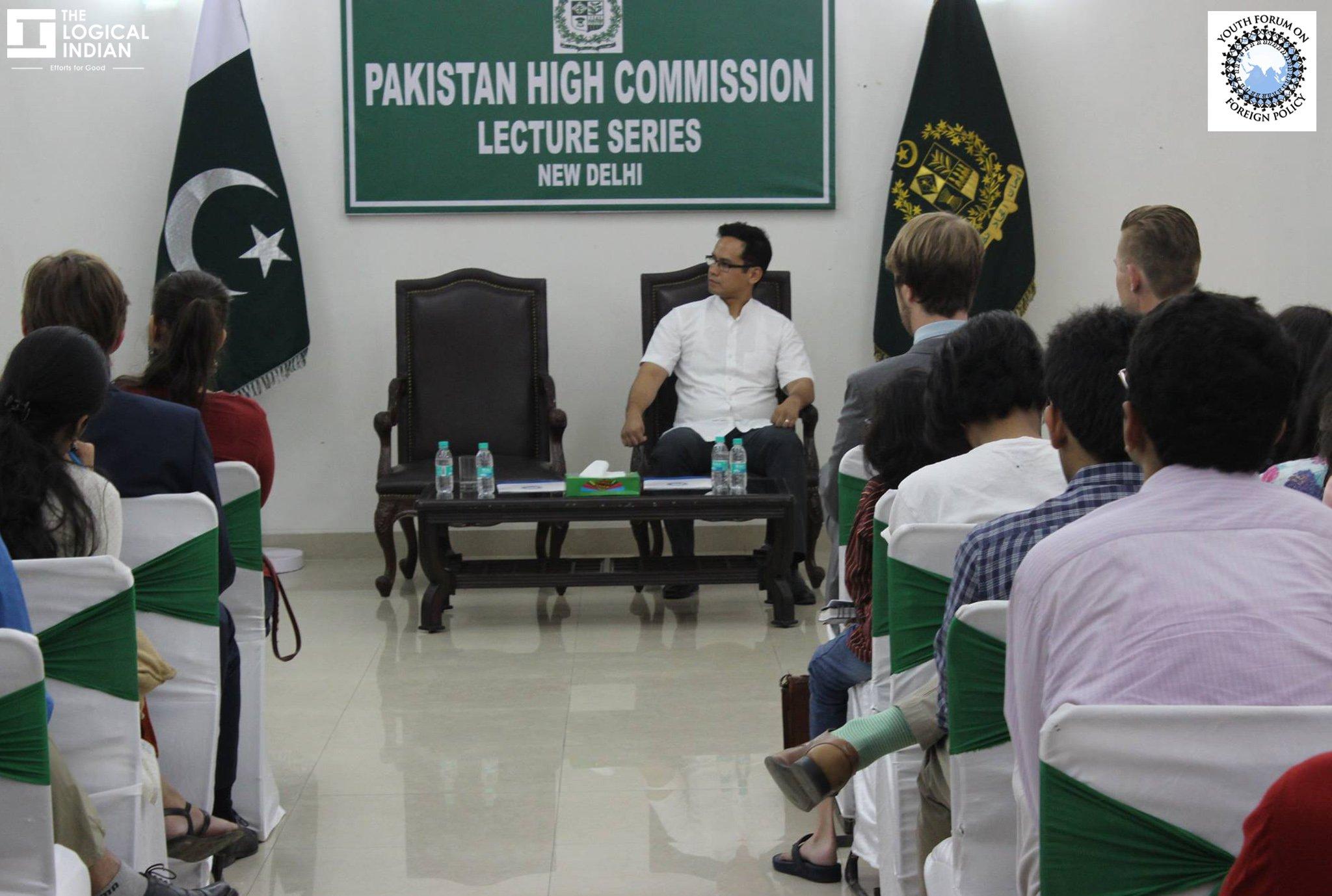 Mr. Basit initiated the interactive dialogue by dichotomizing the terms ‘foreign policy’ and ‘diplomacy’, and went on to provide an overview of India-Pakistan relations.

Mr. Basit attributed the prevalence of Indo-Pak animosities to historical and geographical reasons, and said that the issue of Jammu and Kashmir continues to be at its forefront. Mr. Basit further pointed out how both India and Pakistan have become victims of their own rhetoric and negative propaganda, and emphasized the need to foster greater understanding through non-dogmatic educational approaches. Misrepresentation of ground realities is a serious problem which demands to be addressed.

To quote Mr. Basit, “We must rid ourselves of historical animosity which continues to bedevil our relationship.” He also said that it is essential to capitalize on the increasing opportunities that globalization offers to both nations. The youth are better equipped to create a sustained difference to this relationship. Sovereign equality and mutual respect will lay the premise for a new beginning.

Mr. Basit concluded his speech with a Swedish proverb, “If you wish to sing, you will always find a song.” The floor was then opened to questions. These questions addressed issues such as climate change and the pressing issue of water conservation as determinants of the Indo-Pak Relationship, how Pakistan perceives India as a nation, as well as steps to be taken to break the stalemate between the two countries. 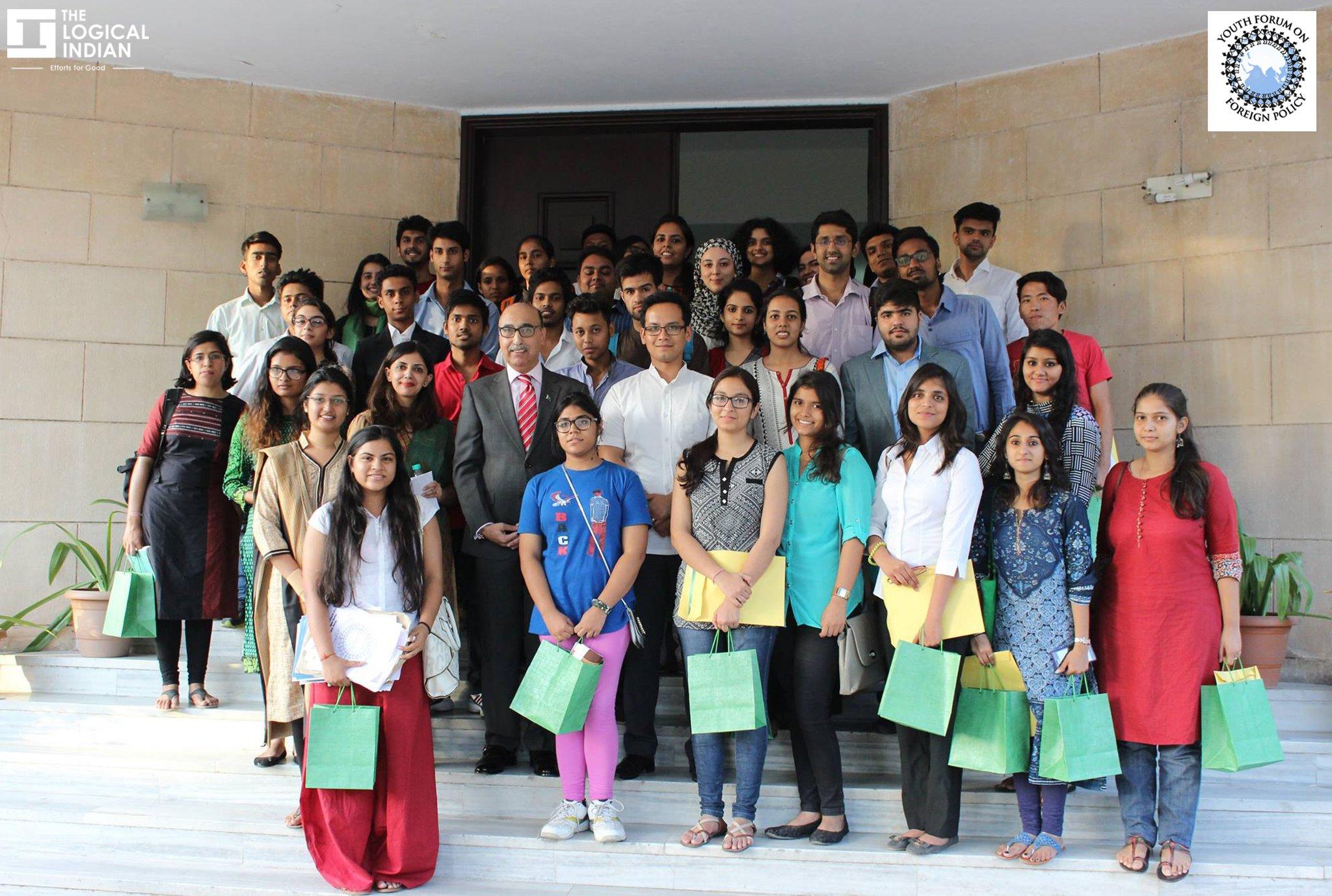 The question-answer session was followed by High Tea, where Mr. Basit was available for further interaction. The guests enjoyed refreshments and informal interactions, and were given souvenirs by the High Commissioner.

The event was exceptionally well-received, and accomplished its chief motive: to engage the youth in an open discussion about one of the most contentious relationships in the contemporary political scenario, and to reinstate faith in the fact that normalization of Indo-Pak relations is, in fact, a positive possibility if pursued relentlessly.