Staff member
XOLO mobiles website has listed two new handsets the XOLO Q800 X-Edition and the XOLO A500s IPS. The A500s IPS is priced at Rs. 7,249 and Q800 X-Edition price is not yet disclosed. 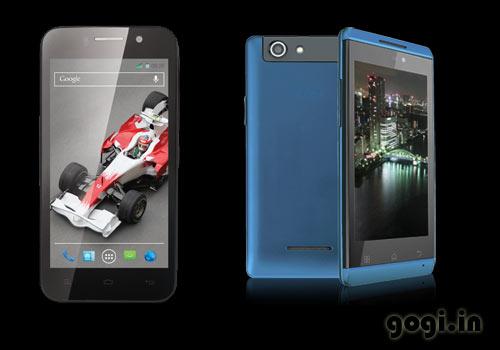 Q800 X-Edition runs on Android 4.1 with 1GB RAM and 4GB storage. There is 8MP rear AF camera and 1MP front camera. Full HD video recording and playback is supported. Other features are 3G, Wi-Fi, GPS and Bluetooth. Battery is 2100 mAh with up to 10 hours talk-time.

XOLO A500s IPS
This looks similar to the XOLO A500s. They have upgraded the screen to IPS. The A500s IPS is powered by 1.3GHz dual core processor with Mali 400 GPU. This dual SIM handset runs on Android 4.2 with 512MB RAM and 4GB storage. XOLO had also recently launched the A500L model.

There is 5MP camera on rear with LED flash and front VGA camera with video call support. 720p video recording is supported. Other features are 3G, Wi-Fi, GPS and Bluetooth. Battery is 1400 mAh that gives talk-time of up to 8 hours. The A500s IPS is available in white, red, green, blue and black colors for Rs. 7,249.
You must log in or register to reply here.
Share:
Facebook Twitter Pinterest WhatsApp Share Link
Top