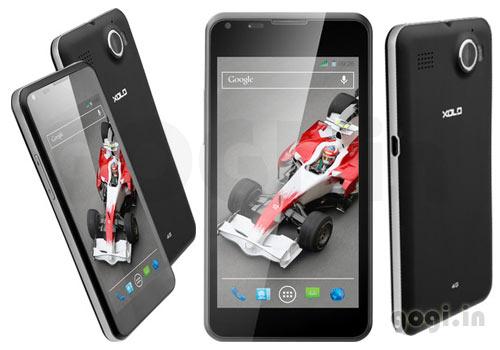 We already reported that Xolo is working on its first 4G LTE Android smartphone which is codenamed as LT900 and today few more details regarding this smartphone have surfaced on the Internet. According to Xolo’s business head, Sunil Raina, the company is planning to launch its 4G LTE powered Smartphone on the same day when Airtel will announce its 4G voice calling tariff plans, which is scheduled for sometime in the coming weeks.

Xolo’s first 4G LTE enabled Smartphone will be called as Xolo LT900 and it will come with 4.3-inch (1280 x 720pixels) IPS Display based on One Glass Solution (OGS) with Corning Gorilla Glass protection and powered by 1.5 GHz dual-core Qualcomm MSM8960 Snapdragon S4 processor with 384 MHz Adreno 225 GPU. It will have 8GB of internal Storage and 1GB of RAM. In the matter of connectivity it will pack TDD-LTE (Upto 68 Mbps Download Speed), WiFi 820.11 b/g/n , Bluetooth 4.0 and GPS. It runs Android 4.2 Jelly Bean

With the launch of this new phone, Xolo will become India’s first vendor to have a 4G LTE enabled smartphone, leaving behind Micromax, Karbonn etc. Xolo is also working on a 6-inch phablet which is scheduled for the first quarter of 2014. Let’s see if we can find more details regarding this smartphone.​
Last edited: Dec 20, 2013