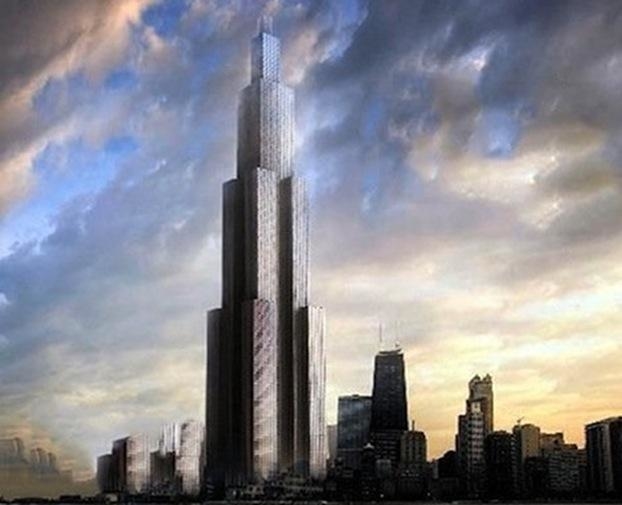 Doesn't it seem like the moment you get a new phone or laptop, it's obsolete? About the only folks more competitive than tech companies dueling it out for supremacy are the architects and construction companies vying for the crown of The World's Tallest building.

Well, ding, ding, ding, ladies and gentlemen, we have a new contender stepping into the ring. Broad Group, a Chinese construction company, has announced plans to build the world's tallest skyscraper. Not only that, they plan to knock it out in only 90 days.

Touted as the triumphant "Sky City One," the 2,750-foot tower will dethrone Dubai's Burj Khalifa, currently the world's reigning champ in the tallest building division. If completed on time, Sky City One will have only taken one-twentieth of the time it took to build the Burj Khalifa.

So what's the rush? How about bragging rights? Fine, but how is such rapid construction even possible? The secret is prefabrication. Approximately 95 percent of the building will have already been put together by the time workers break ground on the construction site.

The architectural firm has already demonstrated their Broad Sustainable Building concept by building the 15-story New Ark Hotel, located in Changsha, China, in one week. They also built a six-story demo pavilion in only one day. But a dinky hotel isn't the same as super skyscraper, right? Well, Broad is confident their concept can be applied to Sky City One. They've already built a 30-story prototype capable of withstanding an earthquake with a magnitude of nine on the Richter scale.

Sky City One will boast 10,800,000 square feet on 220 floors, all connected by 104 elevators. Citing sustainable design methods, Broad CEO Zhang Yue claims the building will only use a fifth of the energy a conventional skyscraper of its size.

While the projected cost of Sky City One pales in comparison of the $1.5 billion Burj Khalifia took to build, its $628 million price tag still packs a mean punch. If final approval is granted from Chinese authorities, work will begin in November of this year and be finished in January 2013.