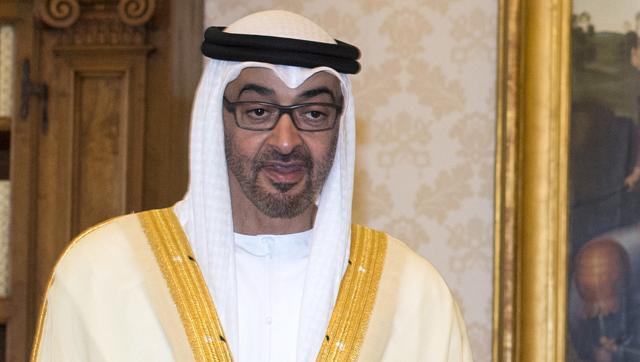 The selection of the chief day for Republic Day carries a political message. The crown prince of Abu Dhabi will be the second leader from the Gulf to be the chief guest at the Republic Day parade after king of Saudi Arabia in 2006.
In 2013, India almost had a chief guest from the Gulf region. But the sultan of Oman opted out on health grounds, and king of Bhutan became the guest for the event for the fourth time that year.
The Gulf is region is home to more than seven million Indians. During 2015-16, India’s exports to GCC (Saudi Arabia, the United Arab Emirates, Oman, Bahrain, Kuwait and Qatar) countries were US $ 41.71 billion.
The bilateral trade during the period was US$ 97.46 billion. According to Moody’s investors service report, India gets 52.1 per cent of its remittances from the Gulf nations (the exposure of Pakistan to the region is the highest at 61.2 per cent of remittances). And the region is a key source for India’s steady oil imports.
Also factoring in the strategic significance of the region, there should have been more Republic Day chief guests from the Gulf nations, but this hasn’t happened.
The selection of Mohammed bin Zayed bin Sultan Al-Nahyan, the crown prince of Abu Dhabi and deputy supreme commander of the UAE armed forces as chief guest shows the government’s special focus on the emirates and the region, of late.
The UAE was the first Gulf country Prime Minister Narendra Modi chose to visit. It was the first bilateral visit to the UAE by an Indian prime minister in 34 years.
The UAE remain the most vocal partner in the region to share India’s concern on terrorism, which New Delhi hopes will send a signal to Pakistan. During Modi’s visit in August 2015, the joint statement mentioned terrorism 11 times. Some of the content was aimed at expressing concern about terrorism in the region and Pakistan’s sponsorship of it.

“Denounce and oppose terrorism in all forms and manifestations, wherever committed and by whomever, calling on all states to reject and abandon the use of terrorism against other countries, dismantle terrorism infrastructures where they exist, and bring perpetrators of terrorism to justice.” it had said.
The UAE has been a willing partner for India’s counter-terrorism efforts. It would still take some distance to cover before the Emirates deliver on all of India’s concerns on issues related to terror-financing, for example.
The UAE has responded positively to India’s quest to get investment from the region for modernising India’s infrastructure. It has already said it would invest $75 billion in long term for the same. The UAE is not as much affected as some of its GCC counterparts by the economic slowdown.
And a high level visits from the region always helped in boosting the ties manifold. Indian prime ministers-- both Modi and Manmohan Singh--broke away from the protocol when visitors from the region come calling. Singh went to airport to receive the Saudi king in 2006. Modi did the same for the crown prince of Abu Dhabi when he came to India early this year.
The only other leader who was received by these two PMs in similar fashion was the president of the United States. That tells a story in itself.
You must log in or register to reply here.
Similar threads
Food Safety and Standards Association of India (FSSAI) News
India releases onions to stop Pak, China from filling void
Maglev trains in India
India, Japan pact on using each other’s military bases
Sri Lanka's 'India first approach'
Share:
Facebook Twitter Pinterest WhatsApp Link
Top