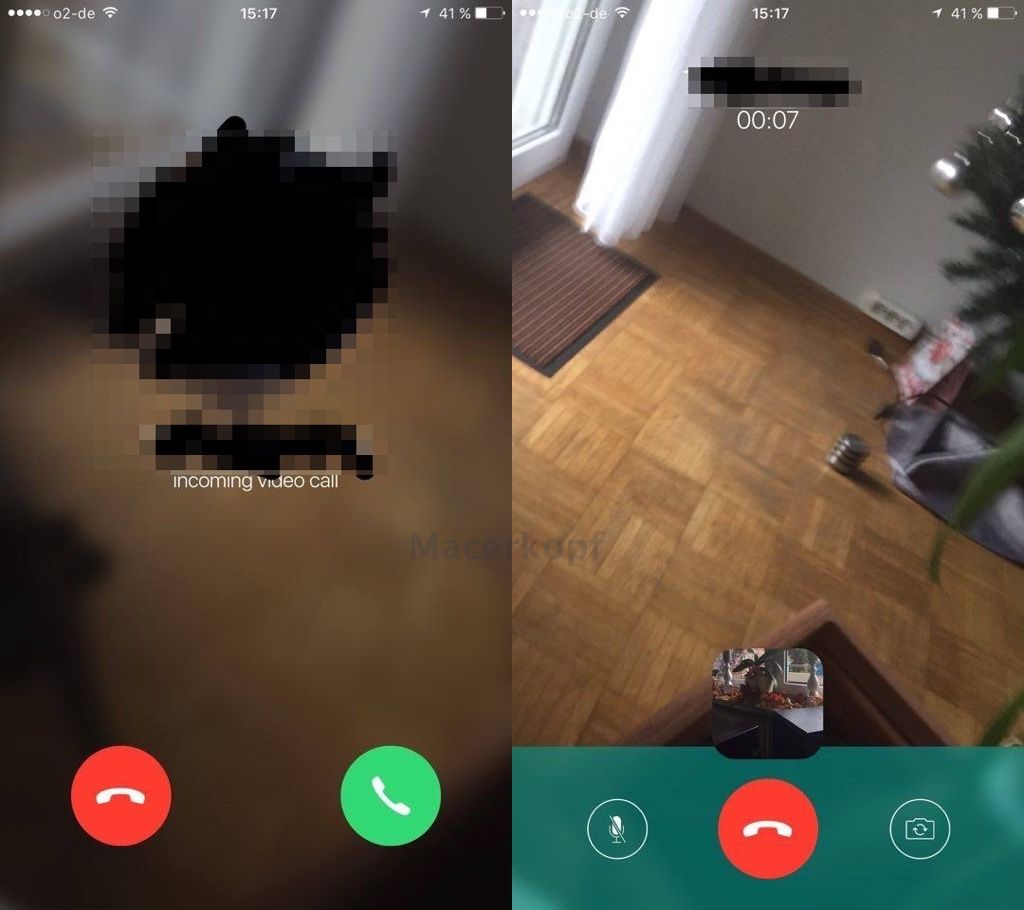 Macerkopf.de claims that the screenshots are from an unreleased version of the software — 2.12.16.2 — but it is unclear if they are legitimate. Business Insider has reached out to WhatsApp to confirm their authenticity.

WhatsApp recently added voice calling over the internet, and so the addition of video calling would make sense as the service expands.

WhatsApp has gained a large following outside of the US, with hundreds of millions of users in Asia, Latin America, and Europe.

The service was recently banned in Brazil for two days, but was re-instated after just a few hours as users complained.​
J