Top Poster Of Month
Western Digital already released 3TB external drives two weeks ago and now it’s time for the 3.5-inches internal units. The 3TB Caviar Green has four 750GB platters, 64MB buffer and uses 3Gb/s SATA interface. It can be yours for 239 US dollars. 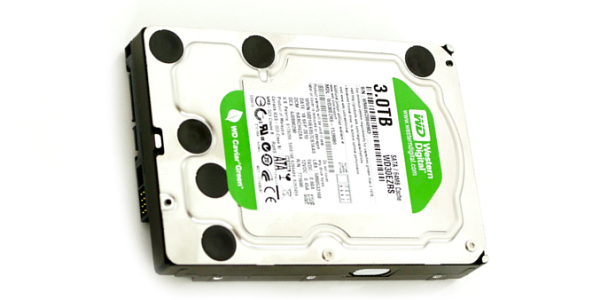 Both drives ship with an AHCI-compliant host bus adapter (HBA) card, which will allow your Windows/Linux operating system to recognize and support your large-capacity hard drive properly. This means you need to have one free PCI-E slot for the HBA. And if you want to boot from that drive, a 64-bit Vista/7 OS is required.

The first published reviews show that the 3TB drive outperforms the 2TB model in terms of pure speed, as well as lower power consumption. Unfortunately (but as was to expected) the price per GB is still higher on the new drives compared to their 2TB predecessors.
You must log in or register to reply here.
Similar threads