Vyapam scam: CBI reaches half way in grilling of accused 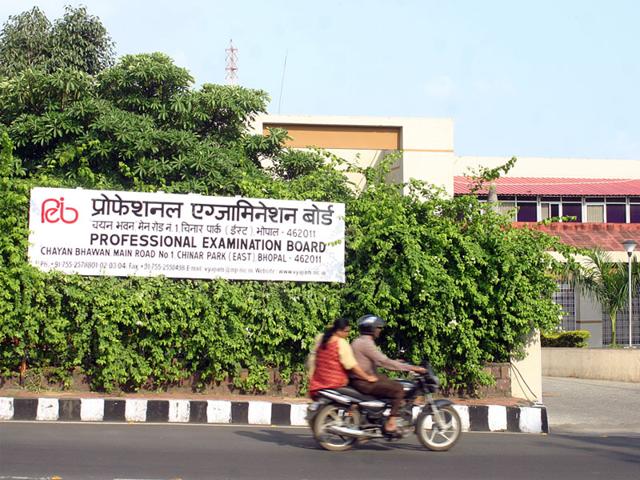 Fourteen months after investigations of the multi-crore examination and recruitment scandal known as Vyapam scam were transferred to the central bureau of investigation (CBI), the investigation agency has until now managed to question more than half of the,300 accused in the Madhya Pradesh Pre-Medical Test 2012 and 2013 scam.
The scam was blown following the arrest of 20 people from Uttar Pradesh from different parts of Madhya Pradesh, hours before the Madhya Pradesh Pre-Medical Test (MPPMT) in July 2013, which led to the bigger multi-layered Vyapam scandal.
The scam involved manipulation in the selection process for government colleges and jobs conducted by the Madhya Pradesh professional examination board (MPPEB) or Madhya Pradesh Vyavsayik Pariksha Mandal (Vyapam). It involved impersonation of candidates, rampant copying, blank answer sheets and fake marks. The arrested people, most of who were preparing for medical entrance examinations in private coaching centers in Kanpur, were brought to Indore and other cities of the state by the scamsters to impersonate candidates in the entrance test.
The alleged kingpin of the racket, Jagdish Sagar was arrested a week later from a hotel in Mumbai by the Indore police crime branch.
CBI sources, said that more than half of the arrested accused– including more than 600 people accused in MPPMT 2012 and 733 in MPPMT 2013 scams –have been grilled by the CBI team in the state and the agency sleuths will question the remaining accused in the next few months.
Sources in the CBI, said that the accused were tasked to appear in the examination and also help a number of candidates to copy from their answer scripts to clear the admission and recruitment tests Rs 50,000 to Rs 1 lakh.
The accused–most who are from Uttar Pradesh and Bihar–have revealed that most of them fell into the trap of the inter-state impersonation rackets to fund their lavish lifestyles with friends, with whom they were either studying at medical colleges or preparing for the medical entrance exams at private coaching centers, the CBI sources said.
Investigations have revealed that candidates hired the accused — medical students from neighbouring states — who write their exam. Impersonators even appear for physical education tests. candidates paid “scorers” - again medical students themselves - who sat close to them during the examination and help them cheat.
Question papers were leaked and sold to candidates and blank answer and unanswered sheets–submitted by candidates–were filled up later by teachers involved in the scam.
You must log in or register to reply here.
Share:
Facebook Twitter Pinterest WhatsApp Share Link
Top