For families at some homeless shelters, being late for dinner means missing it entirely.
That's why Dawn Sjoblom said she was grateful for the free food that members of the Sikh Temple in West Jordan provided Sunday afternoon for men, women and families at the Road Home in Salt Lake City.
"We don't have a penny to our names," Sjoblom said while keeping an eye on her 3-year-old daughter. "We're in the Crisis center — we can't take food up there. I usually go to the Mission center across the street or the Good Samaritan center."
As part of Vaisakhi, a mid-April observance in which Sikh members celebrate the harvesting of wheat, nearly 40 members of the temple in West Jordan ladled out heaps of rice, beans and potato curry and a white flatbread called naan to anyone staying at the shelter at 210 S. Rio Grande St. The festival marks the beginning of the harvest season — an especially important event for members of the Sikh religion in the state of Punjab, where more than half of the food for people living in India is grown. 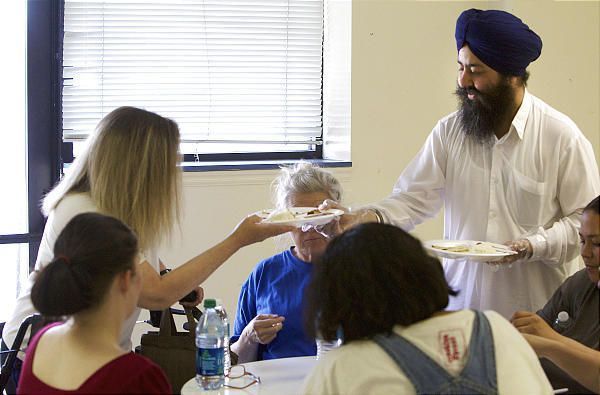 "Please accept our humble effort of Langar (free kitchen) as a small token of love because we feel proud and blessed to call this great nation, this land, this state, this place and these people our nation, our land, our place and our people," said Mani Grewal, one of the founding members of the temple in West Jordan.
Members of the temple blessed the food with a prayer and then brought the food and bottles of water to those living in the three parts of the shelter.
More than 100 men passed through the line — many going back for seconds — curious to try the vegetarian meal.
"Brothers, this is fantastic!" Road Home resident Richard Tillitt said as he went back for second helpings. "The flatbread is great!"
Don Welch Marsh said he's a vegetarian for ethical reasons and was curious to see what members of the Sikh religion thought about vegetarianism. Members of the religion generally follow a vegetarian lifestyle out of kindness to animals.
One woman in a different part of the shelter said it was interesting to try a different ethnic food.
"At first it was a little spicy, but after I mixed the rice in with the curry, it was really good," said Judy Harris, who lives at the Road Home.
Road Home volunteer coordinator Ashley Farmer said most groups that come to offer food at the shelter serve just families or women. The members of the Sikh Temple fed about 600 people on Sunday.
"They really went the extra mile by serving the whole shelter," she said. 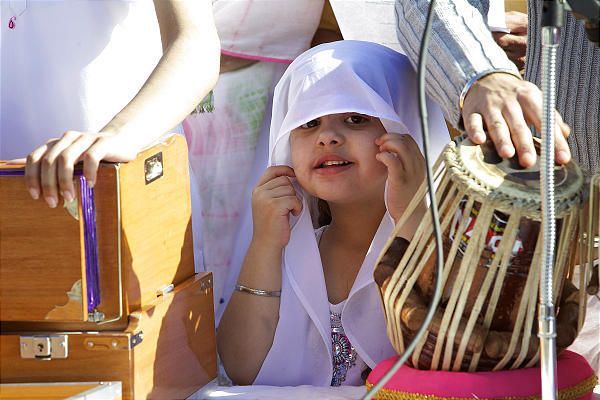 Yuvraj Sidhu peers over the table as members of the Sikh Temple feed the homeless. (August Miller, Deseret News) 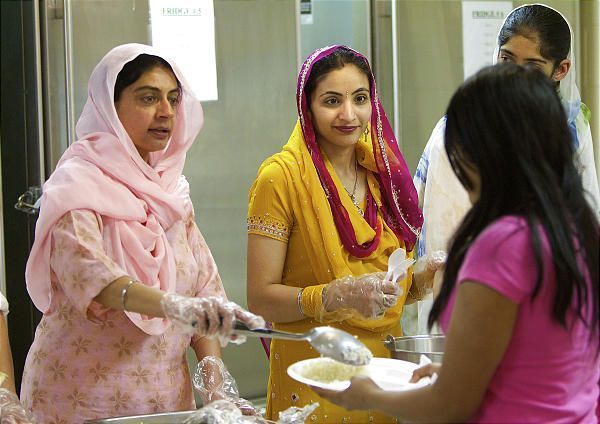 
"Through the bad times, through the good times," Grewal said.

Staff member
Langar is one of the bestest tradition of Sikhi