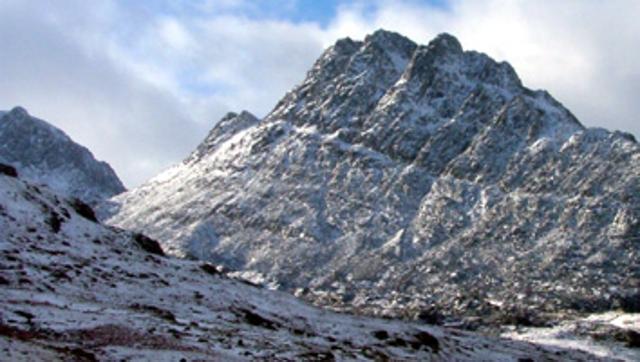 A 53-year-old woman was killed while descending a 3,000-feet mountain after her husband used a smartphone app to navigate instead of a paper map which apparently showed the wrong path, the media reported.
Jane Wilson and her husband Gary were looking for a safe route off Tryfan peak in Snowdonia, Wales at dusk when the fateful incident happened in March and was under investigation, telegraph.co.uk reported on Friday.
Instead of a paper map, Wilson was carrying the smartphone app by Ordnance Survey -- the national mapping agency for Great Britain and one of the world’s largest producers of maps.
The couple, both experienced mountain walkers and scramblers for six years, had decided not to climb the summit but instead headed across the mountain’s west face using Wilson’s smartphone, the report said.
Gary was quoted as saying to the coroner that his wife went a short distance ahead of him to look for a suitable route.
“I asked ‘Is it OK? Is it safe?’, and we said we would only go if we both agreed,” Gary was quoted as saying.
He then described how he heard a kind of exclamation, then another, followed by the sound of rock fall.

ane, who worked at Manchester University as a librarian, fell 30 feet down a vertical cliff, fracturing her skull and sustaining other severe injuries.
“We are very sorry for Mr Wilson’s loss and we extend our sympathies to him and his family,” Andrew Loveless, Director at Ordnance Survey, was quoted as saying in the report.
“We encourage our customers to carry a paper version of the place they are exploring,” he added.
Realising his wife had fallen, Wilson climbed to a safer ledge and raised an alarm.
He was later led to safety by members of the Ogwen Valley Mountain Rescue Team, who found his wife’s body 500 feet lower down.
Chris Lloyd, who was among the Ogwen Rescue team, described the route the pair had taken as “not a straightforward path”.
“The image would have been small and not as detailed as on a proper map. There is no easy way up Tryfan but there are easier routes,” Tim Bird, the leader of the rescue team was heard speaking at the investigation.
Mountain rescue teams present at the investigation said it is always better to use a paper map and compass to navigate instead of or in addition to any electronic navigation aids.