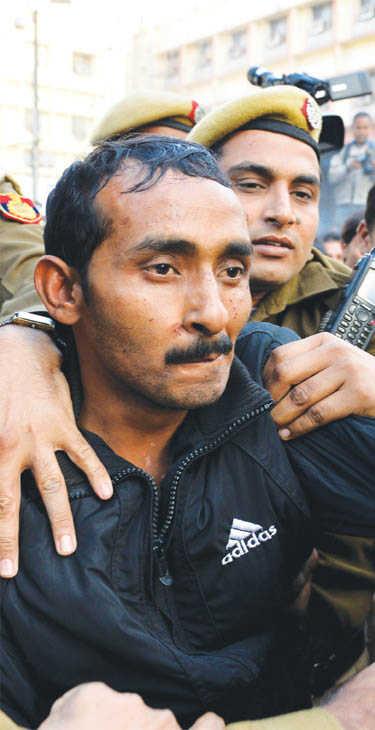 An Uber cab driver was today sentenced to life imprisonment till his natural death for raping a woman executive in his taxi 11 months ago by a Delhi court.
The court awarded the maximum sentence for the offence which endangered the life of the 25-year-old woman.
Shiv Kumar Yadav (32) was given the life imprisonment by Additional Sessions Judge Kaveri Baweja who held that the convict while raping the victim abducted her with an intent to compel her for marriage.
“Convict (Yadav) is sentenced to rigorous imprisonment for life which shall mean imprisonment till his remaining natural life for the offence under section 376 (2)(m) (committing rape causes grievous bodily harm) of the IPC," the judge said and also imposed a fine of Rs21,000 on him.
The court also directed the Delhi Legal Services Authority to give compensation to the victim and to take care of the family of the convict.
Moments after pronouncement of the judgment, Yadav, his wife, father and two minor daughters started crying inconsolably. His wailing wife also fainted in the courtroom.
According to the prosecution, the incident took place on the night of December 5 last year when the victim, a finance executive working in Gurgaon, was heading back to her house at Inderlok in Central Delhi.
The accused was arrested on December 7, 2014 from Mathura. The prosecution had produced 28 witnesses in the case.

Sorry being off topic but reha ni gaya