#1
Welcome to Digital City
Samsung's headquarters in Suwon, South Korea, is known as Digital City. This is where some of the company's brightest minds brainstorm and create new devices. 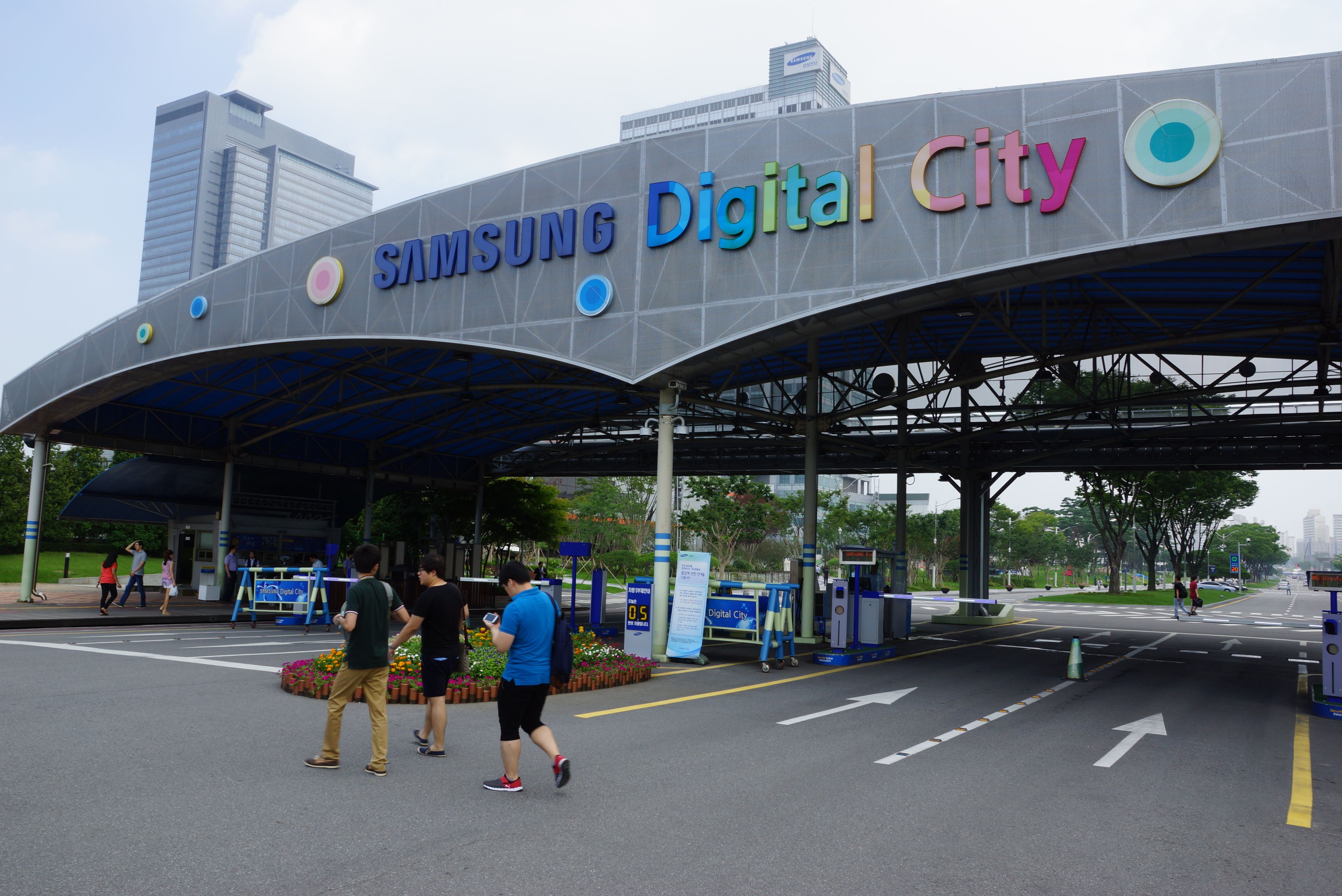 #2
R5 mobile R&D
Digital City resembles a city, and many buildings on the campus are new. That includes R5, the company's building with double towers for mobile R&D, pictured here along the right. The sleek, glass facility, which opened in June, features tighter security than most airports, with security guards posted at metal detectors at the ready to search for USB sticks. 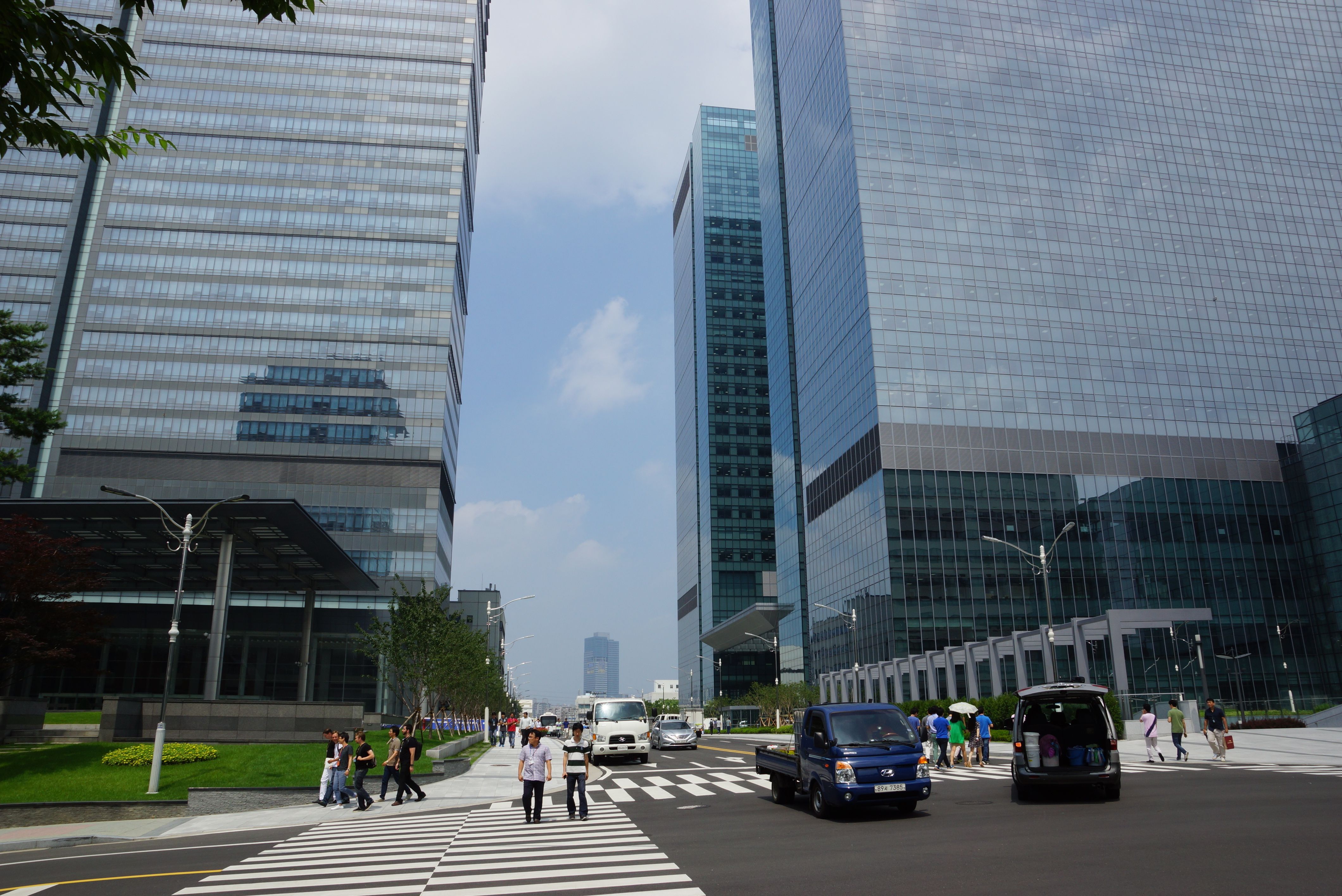 #3
Break time
Samsung's various campuses, including Digital City, are littered with green space and athletic fields for employees to use. 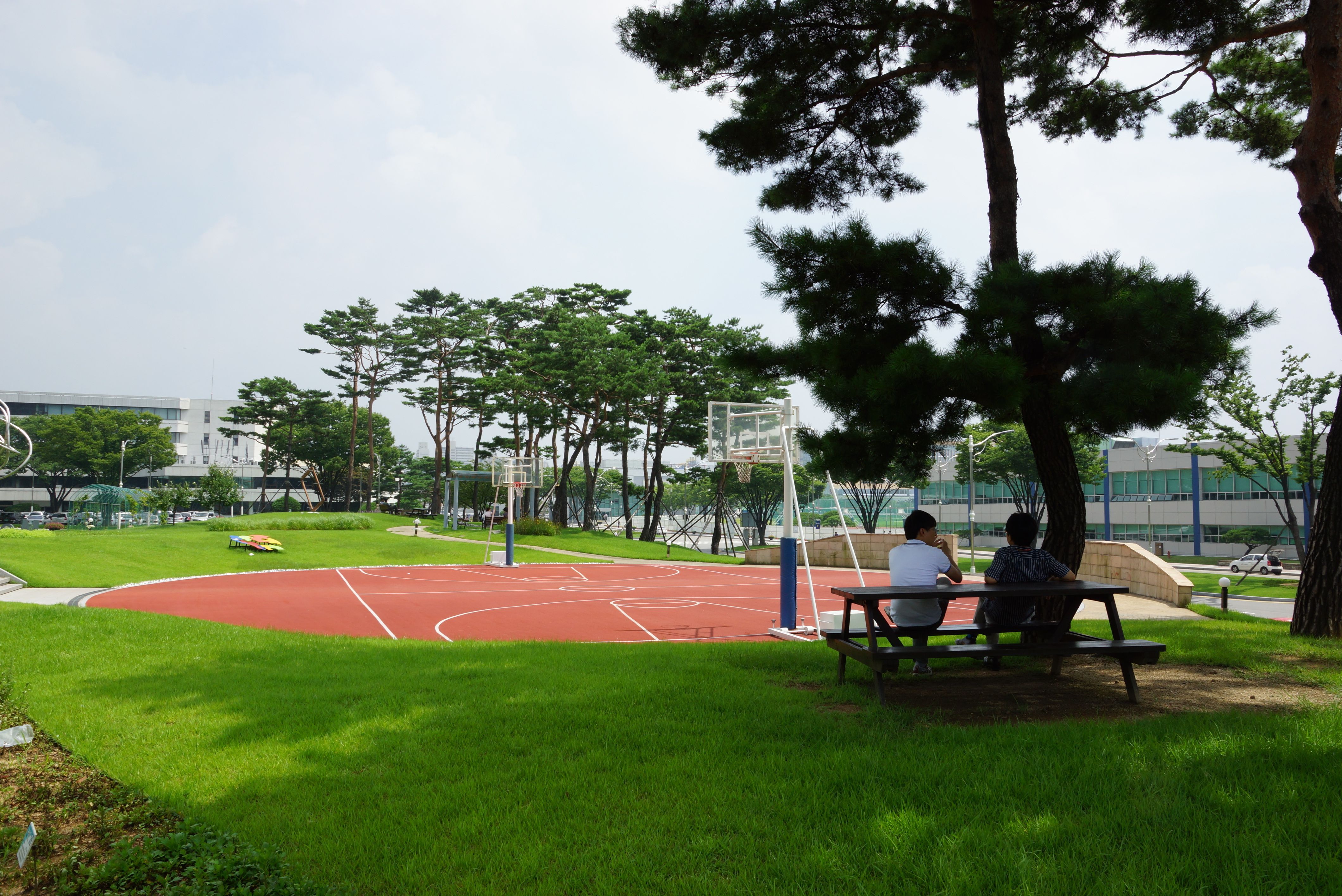 #4
A trip down memory lane
Samsung's company museum is located in Suwon. It includes old TVs, refrigerators, phones, and other devices, even an early watch phone and a phone designed for the movie "The Matrix." 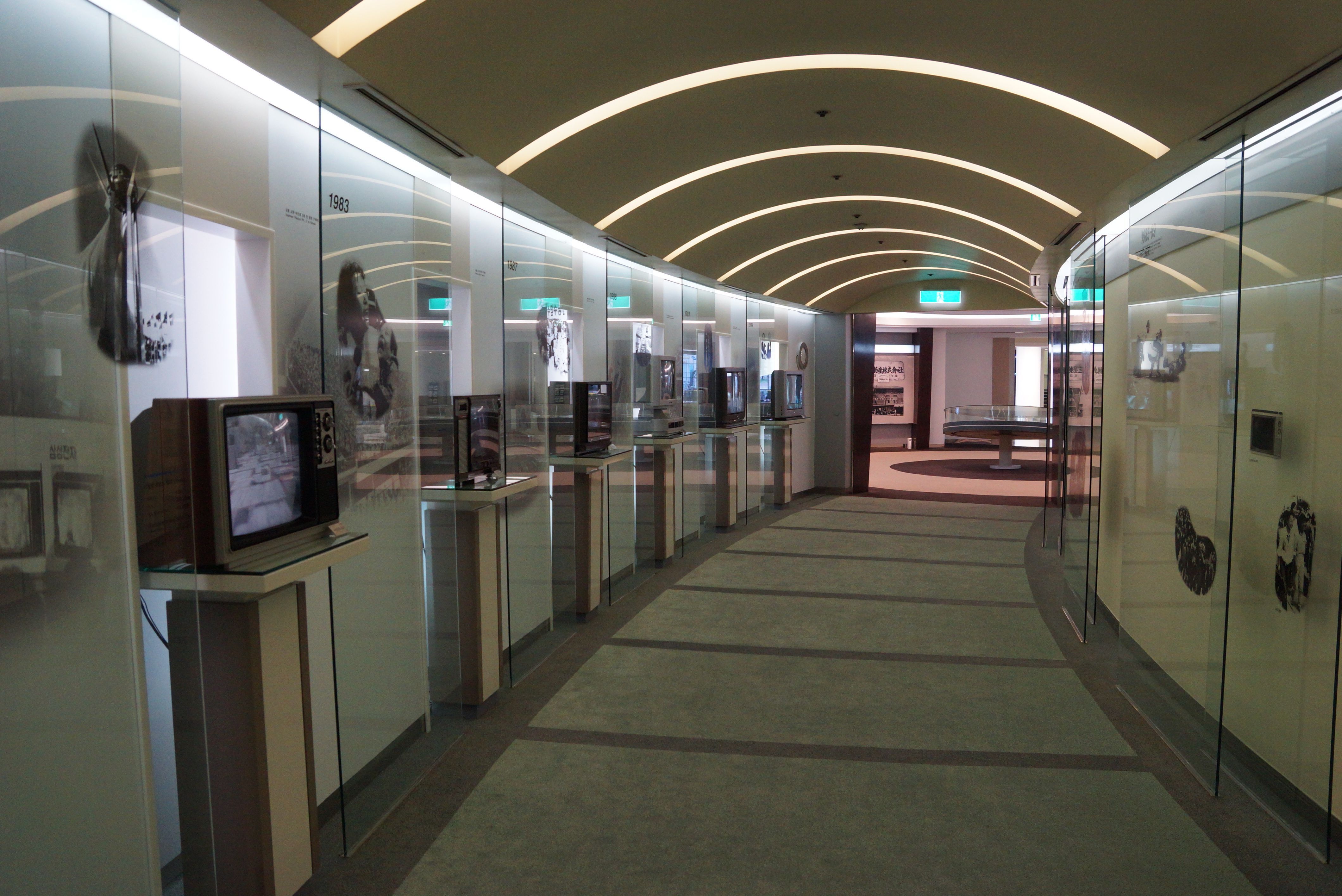 #5
Phones, phones, phones
Katherine Woo, a Samsung PR rep, shows off the company's mobile museum on its Gumi campus, which is also called Smart City. One display shows the different pieces and components that make up the Galaxy S4. Another shows every phone Samsung has made over the years. 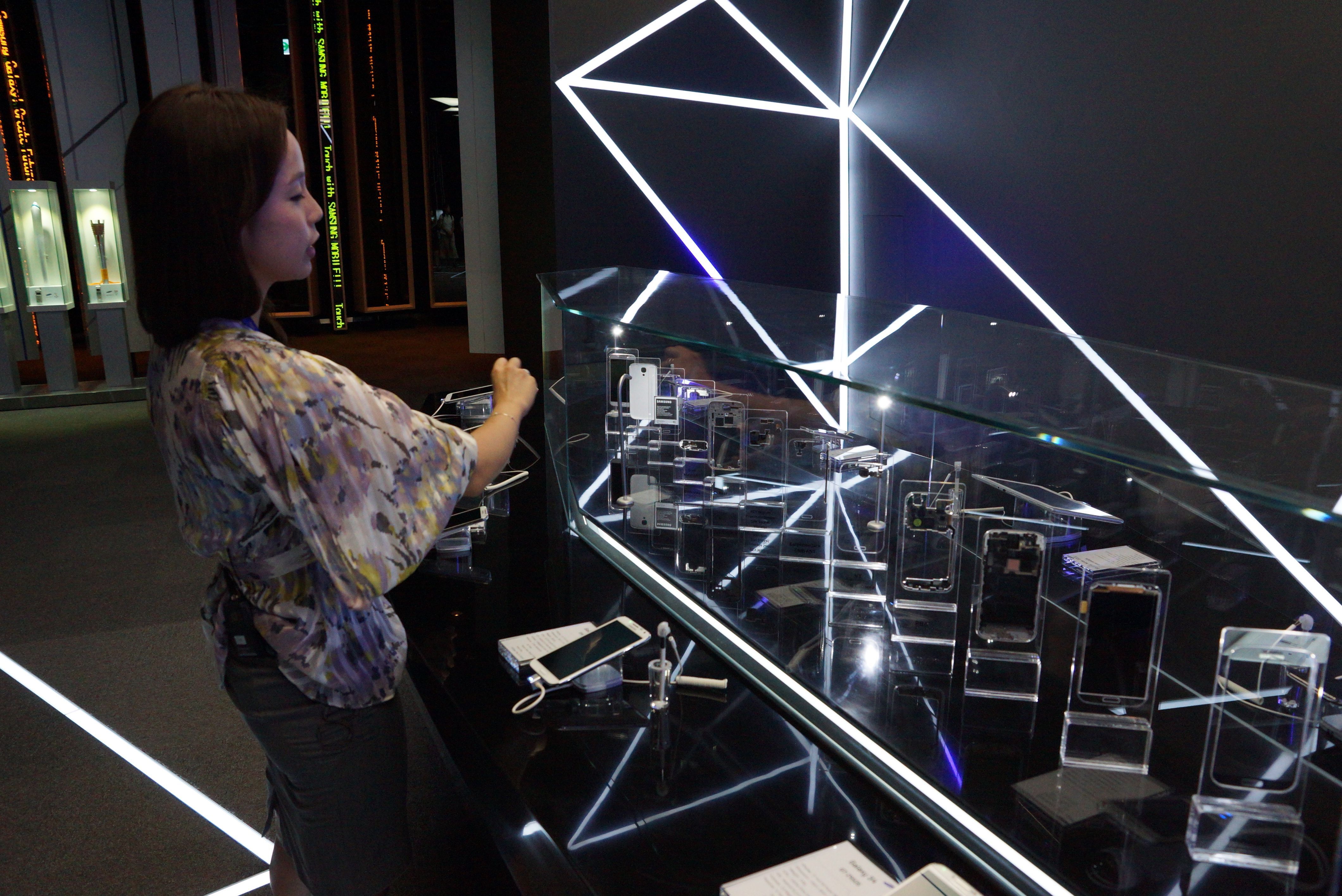 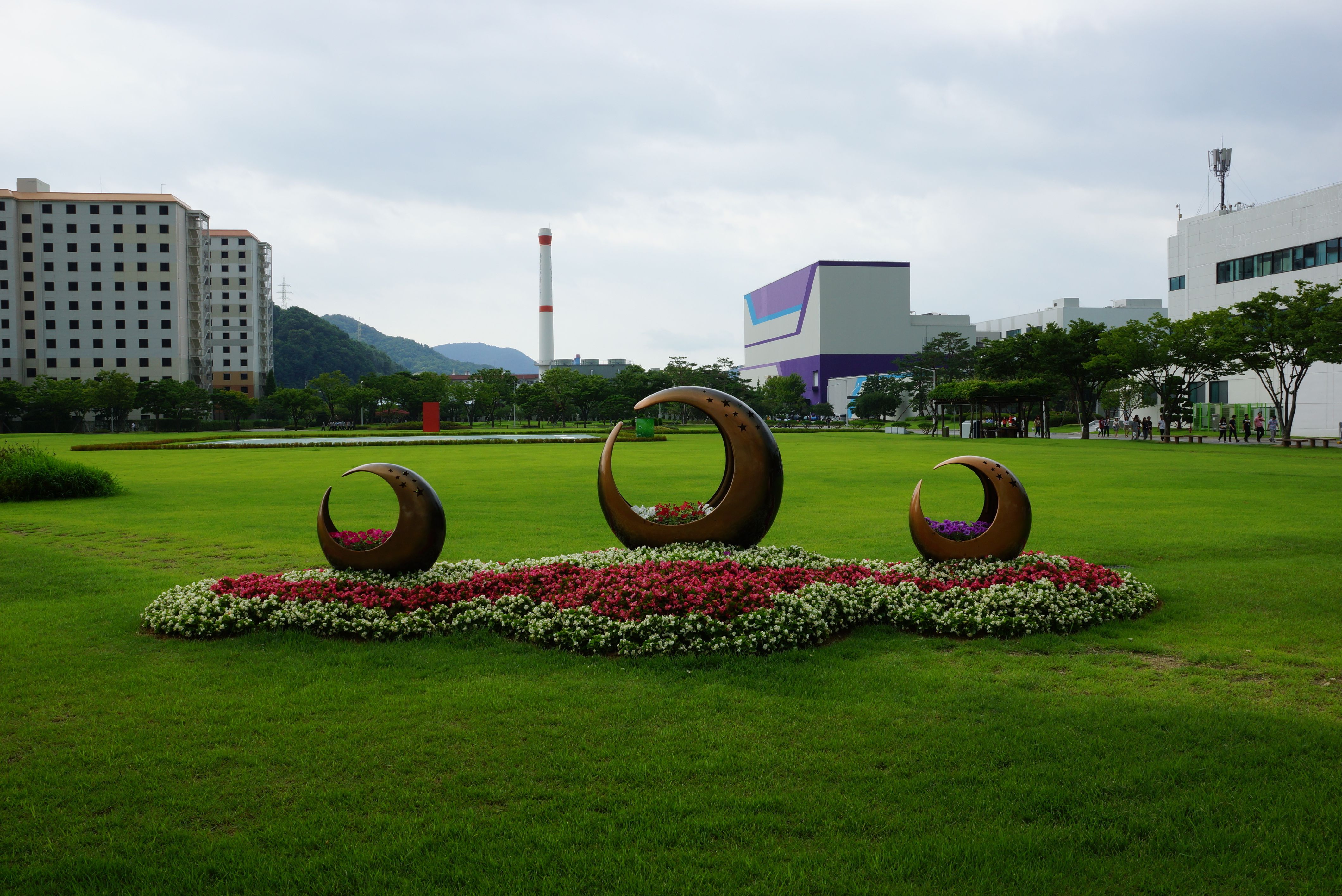 #7
Fancy some foot volleyball ?
Samsung's Gumi campus, where employees build its newest mobile devices, looks more Facebook than Foxconn. Employees play basketball and foot volleyball, a combination of soccer and volleyball. They also have a movie theater and karaoke room on campus. 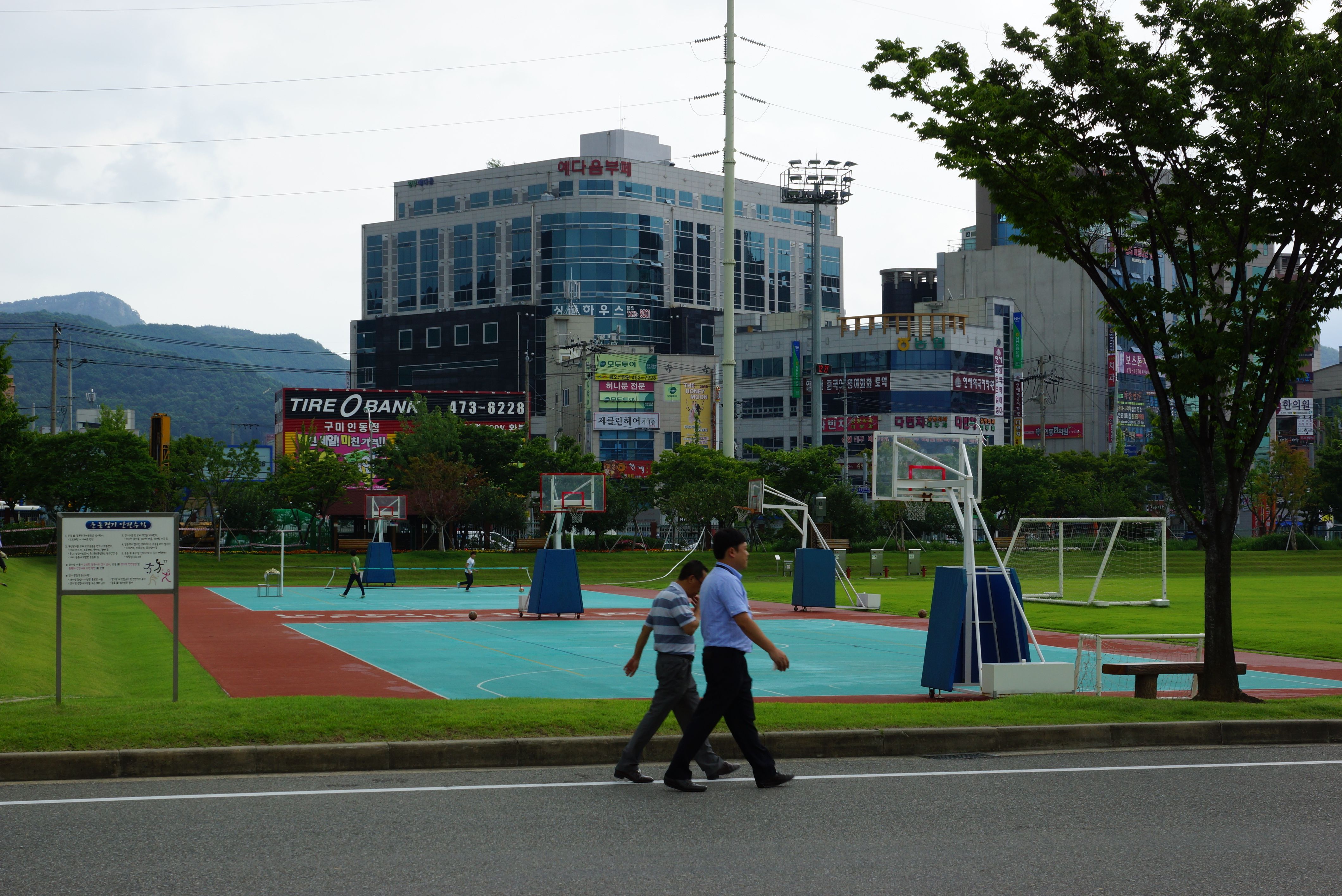 #8
Lunch time
Workers from Samsung's phone manufacturing plant in Gumi head to lunch in the free cafeteria. Many workers who assemble the phones are high school-educated women in their 20s. All wear uniforms of polo shirts and khakis or black pants during their shifts, and many live in subsidized apartments on the edge of campus. 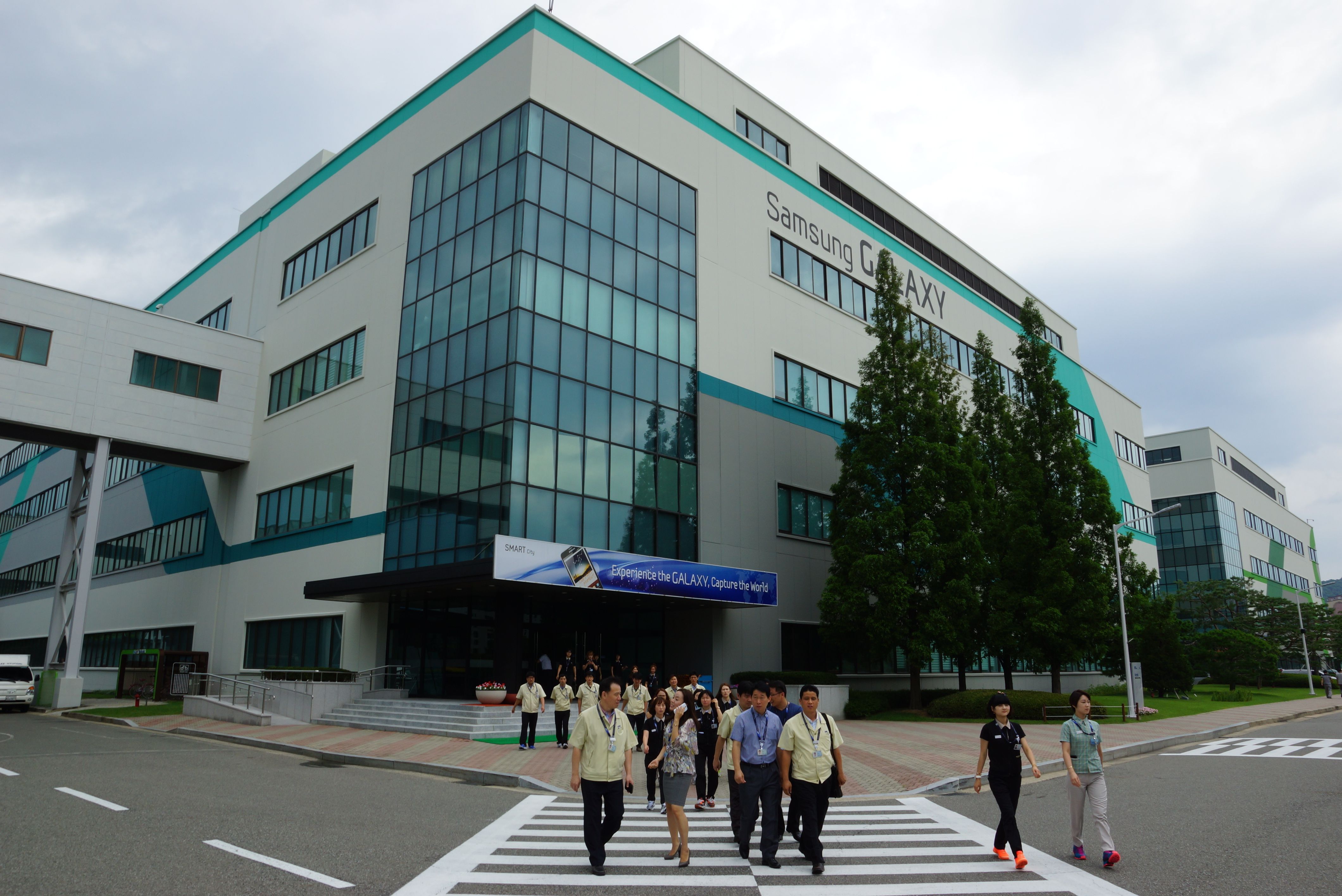 #9
No. 1 in mobile phones
Samsung typically won't enter a market unless it believes it can one day become No. 1, and it gets all employees involved in that push. In 2010, phone assembly plant workers in Gumi created a time capsule to be opened when the company became the world's biggest phone manufacturer. Because it reached that goal so quickly after the capsule was completed -- about two years -- the company wasn't sure what to do with it. It's currently on display in one of the plant's training rooms. 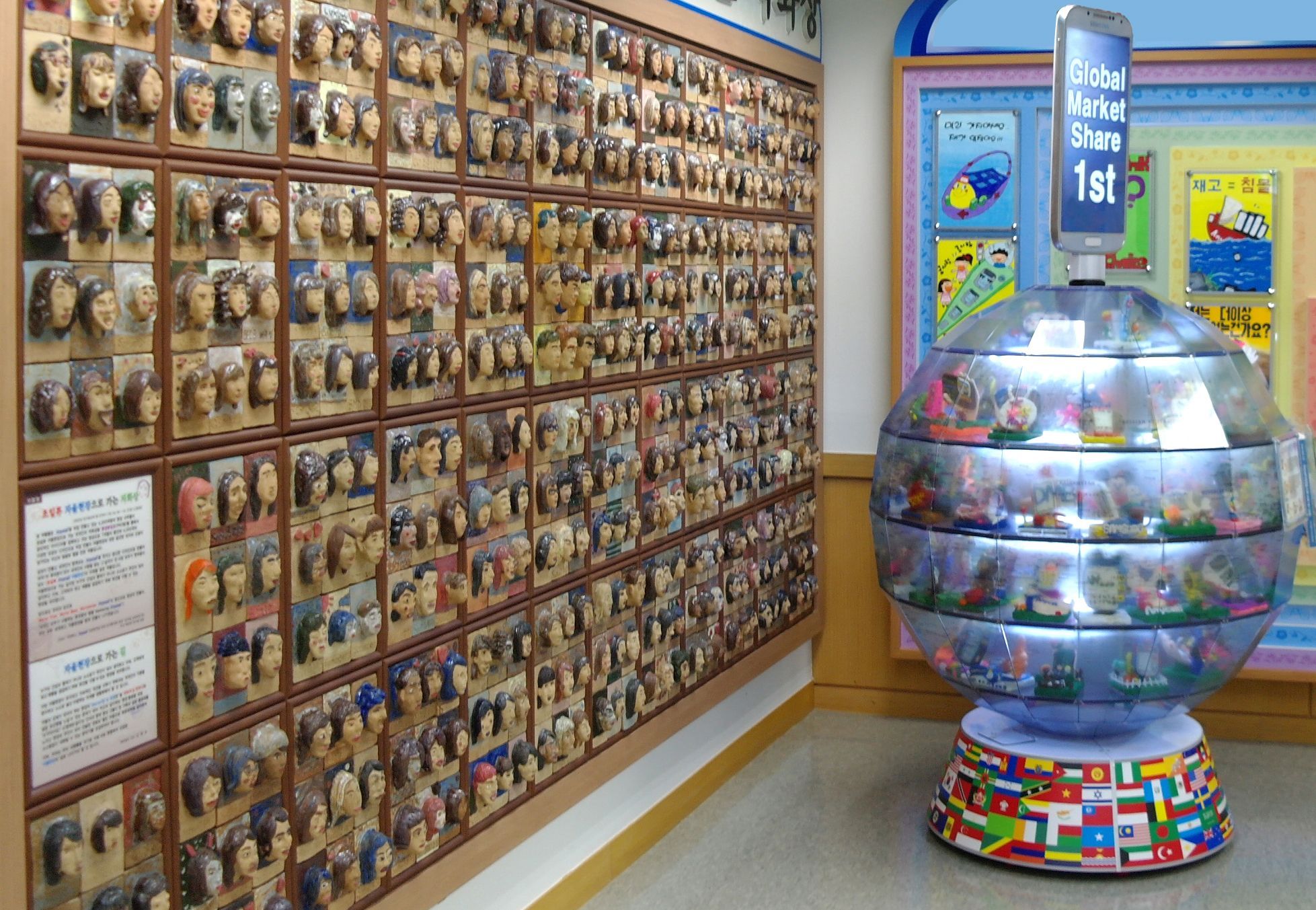 #10
D'Lightful
Samsung's Seoul office building has a showroom and store, called Samsung D'Light, on the bottom three levels. It has become a popular stop for tour buses, and visitors can buy mobile devices and other gadgets in the store. 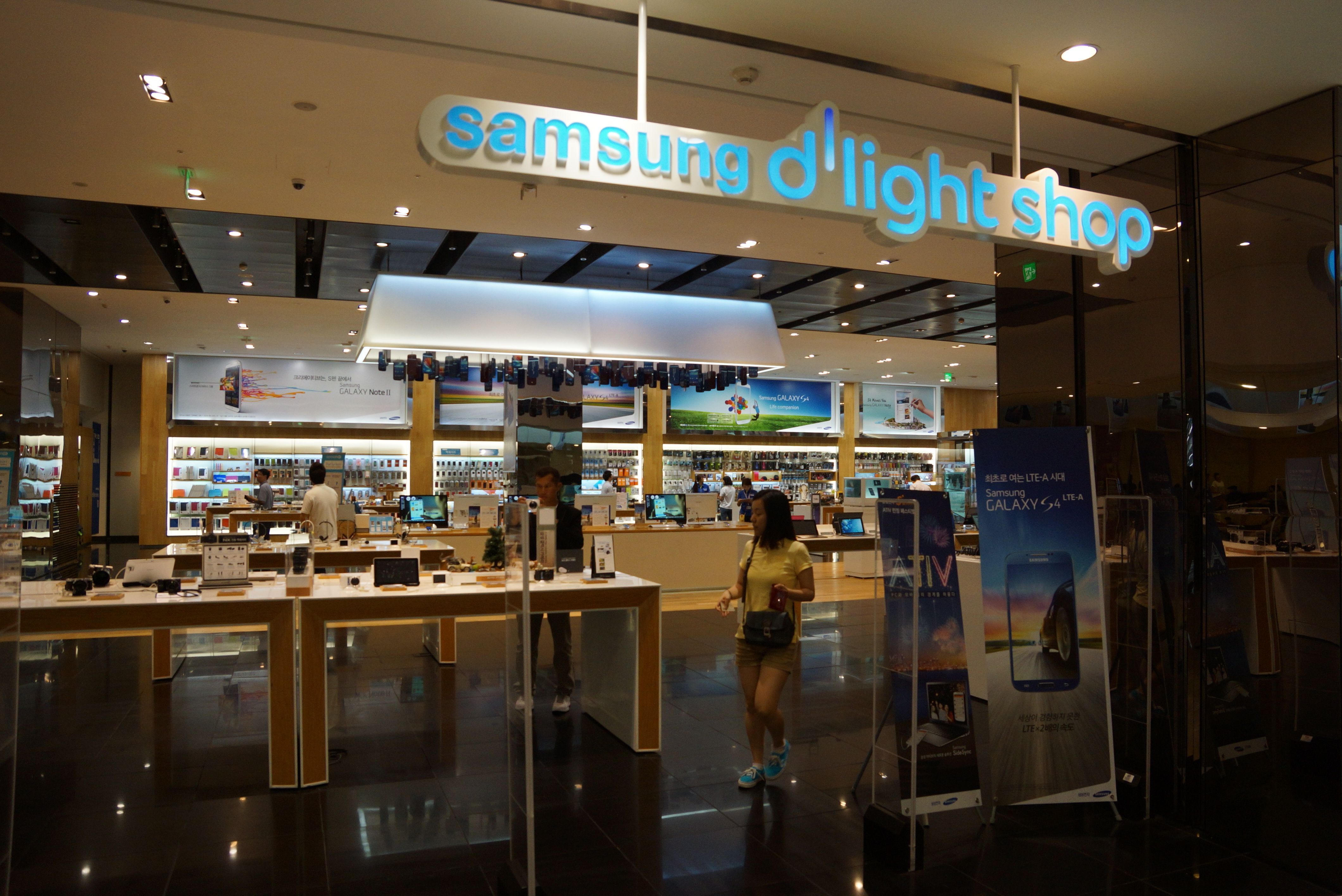 #11
Which floor has the TVs ?
Samsung D'Light in the company's Seoul office building features a showroom on two flights. Visitors can play video games and see augmented reality demos on Samsung smart TVs. They can test out smartphones, tablets, and PCs, and do demos for smart, connected home products. The showroom also has information about components and software. 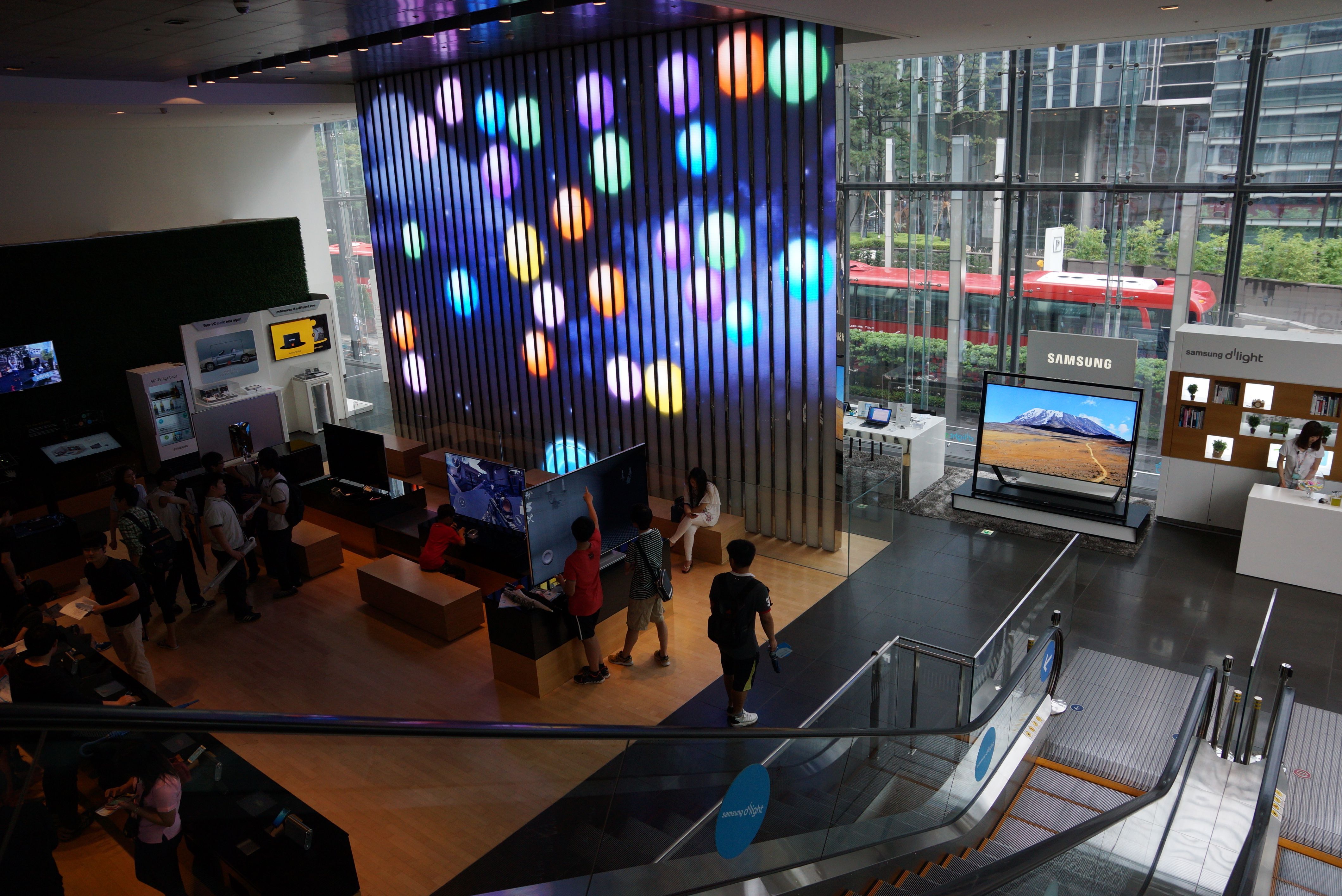 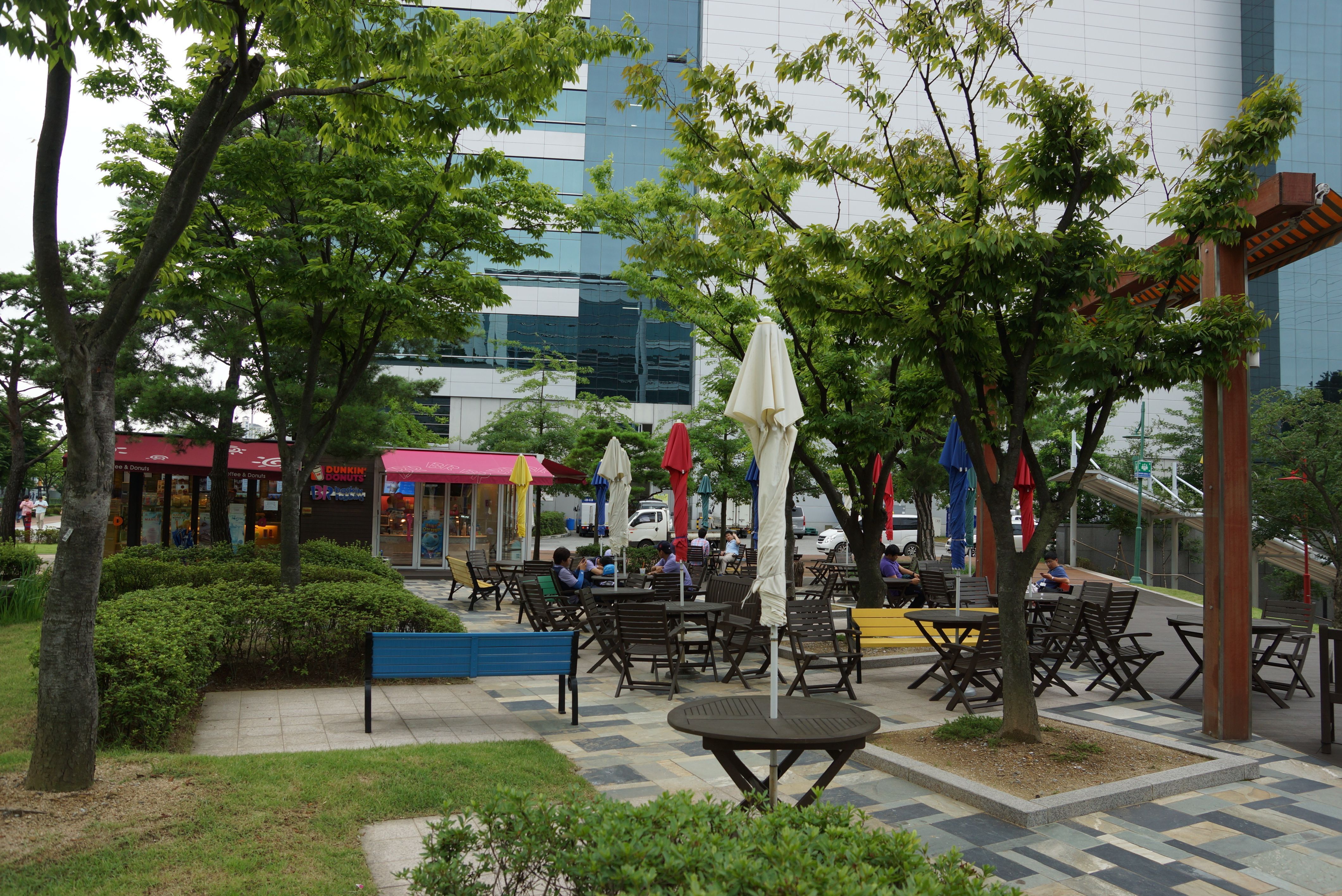 #13
Feeling chipper
One of Samsung's main chip manufacturing bases is located in Giheung, South Korea. Fabs No. 1, 2, and 3, shown here, are some of Samsung's oldest. Giheung and Hwaseong are known as Nano City. 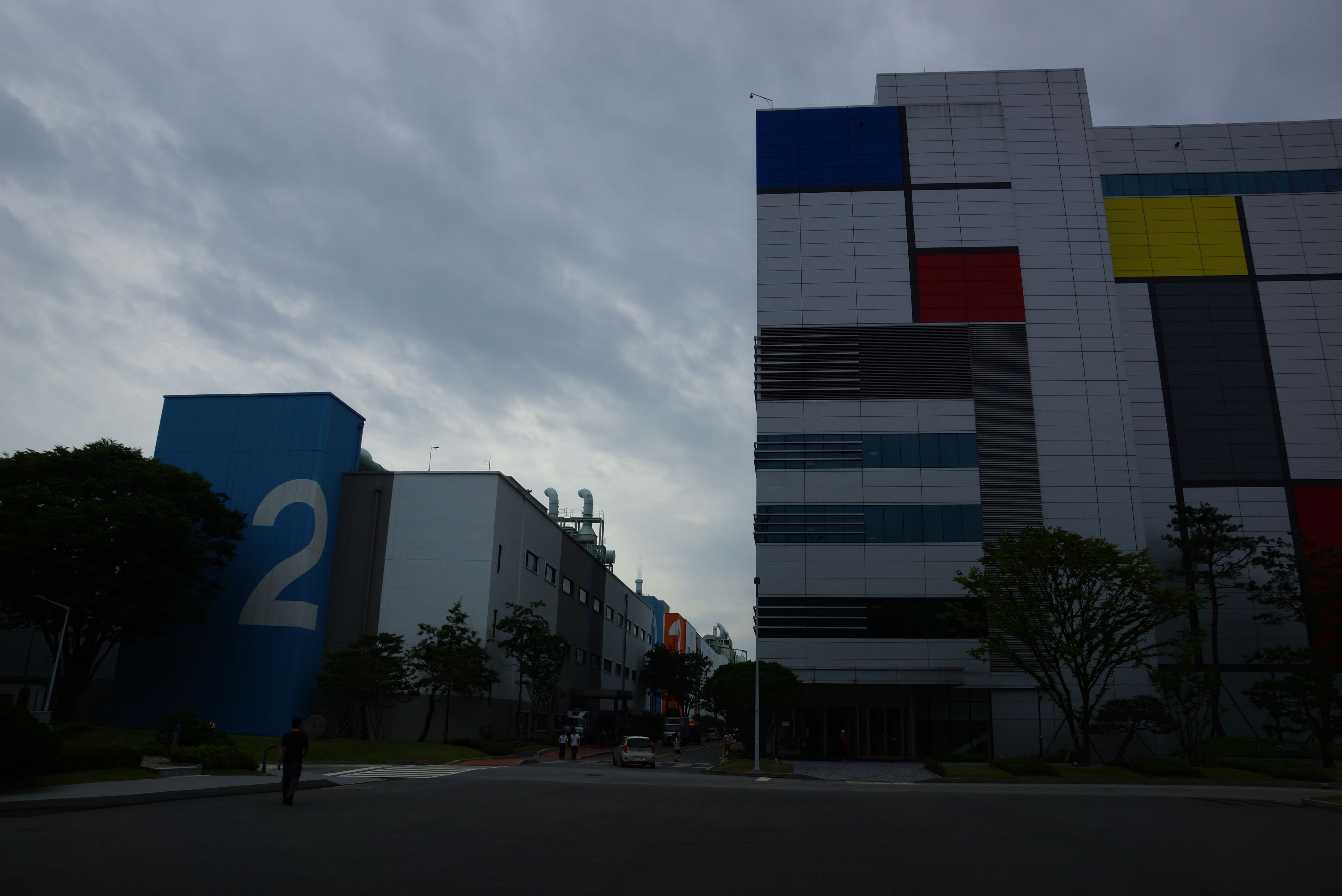