The Year 1994: What Sushmita Sen did to defeat Aishwarya Rai at Miss India! 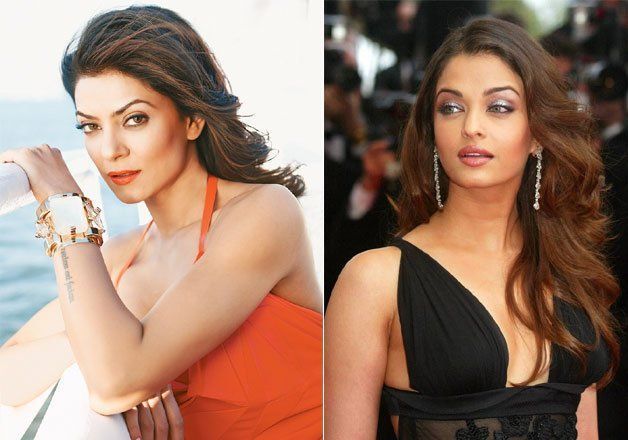 Actress Aishwarya Rai Bachchan, apart from being a talented actress, is considered to be one of the beautiful women in the world.

The actress made her comeback after a gap of five years with ‘Jazbaa’ and her performance in the movie won her accolades.

Despite being away from the silver screen for a long period of time, Aishwarya has managed to be amongst the leading actresses of the industry, be it for acting or her fashion sense.

In fact the actress upped her fashion game again on the global stage as she met French President Francois Hollande for a luncheon on Republic Day. Aishwarya looked looking radiant and ravishing in a red Banarasi sari during her meeting with Hollande.

Indeed, it is quite difficult to beat such a brilliant actress and fashionista. But there was a time Aishwarya Rai too faced defeat.

This happened during the 1994 Miss India contest where Aishwarya was defeated by none other than Sushmita Sen.

Sushmita had won the Miss India 1994 pageant and Ash was crowned the runner-up in the contest.

This was quite unexpected for everyone as Aishwarya Rai was a known model and also a favourite contestant of the judges, while Sushmita was relatively new to the circuit.

Everyone was wondering what made Sushmita win despite Aishwarya’s popularity?

The judges asked Aishwarya, “If you have to look for qualities in a husband, would you look for the qualities in Ridge Forrester from Bold & Beautiful or in Mason Capwell from Santa Barbara?”

To this the lady replied, “In Mason. Though they do share a lot in common, from what we get to see, Mason does have a very caring side to him and a terrific sense of humour. And that really gels with my character.”

On the other hand, judges asked Sushmita, “What do you know about the textile heritage of your country and how old has it been?”

To this Sushmita replied, “I think it all started with Mahatma Gandhi's Khadi. It has gone a long way since then but the basics of Indian textile heritage has been from there.”

While Ash scored an average of 9.39 on her answer, Sushmita scored 9.41 which eventually made her win the crown of Miss India 1994.

Talking about their professional career, while currently Sushmita Sen is no where in the limelight, Aishwarya is currently busy shooting for two of upcoming movies ‘Sarabjit’ and ‘Ae Dil Hai Mushkil’.​
You must log in or register to reply here.
Similar threads