[FONT=Georgia, Times New Roman, Times, serif]This picture is of the 'Kachi Garhi' at Chamkaur Sahib - also known as 'Garhi Sahib' and 'Tilak Asthan' - the site commemorates a hugely significant event in Sikh History - it is here that Guru Sahib's utterance that one Sikh would fight a hundred and twenty five thousand (sava lakh) was realised - it is the scene of the Shaheedi (martydom) of the Older Sahibzadas, Baba Ajit singh Ji and Baba Jujhar Singh Ji, and Guru Sahibs Beloved Singhs. The popular image of Chamkaur Garhi is of large fort - however it was a kachi garhi - more like a strong house with thick walls and one secure entrance.[/FONT]
[FONT=Georgia, Times New Roman, Times, serif]
It is known as 'Tilak asthan' as it is here that Guru Sahib accepted the Benti of the Panj Piare and left the 'garhi' - thereby conferring the 'Guru-ship' onto the Guru Panth - The Khalsa.
This picture Shows the original 'Kachi Garhi' with the Gurdwara built by the Maharaja of Patiala, Karam Singh [/FONT] 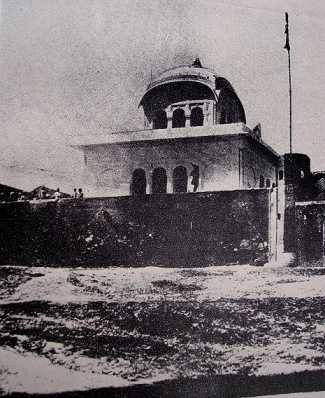 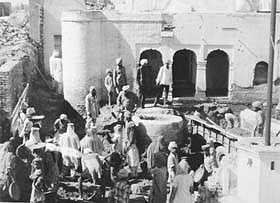 
How it pains us to see the image on the top, here the old historical building in being torn down to be replaced by the Gurdwara that stands there now. [/FONT]

[FONT=Georgia, Times New Roman, Times, serif]There almost seems to be an avertion to the dust that may have once touched the sacred feet of our Guru and his Sikhs as marble slabs are cemented top to bottom with a total disregard to history and heritage. [/FONT] 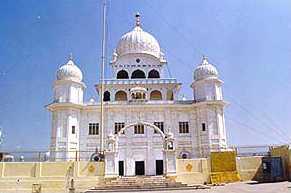 Thanks​
You must log in or register to reply here.
Similar threads