The dirty BIG secret of WhatsApp

The dirty BIG secret of WhatsApp, The second check mark does NOT mean your message has been read! 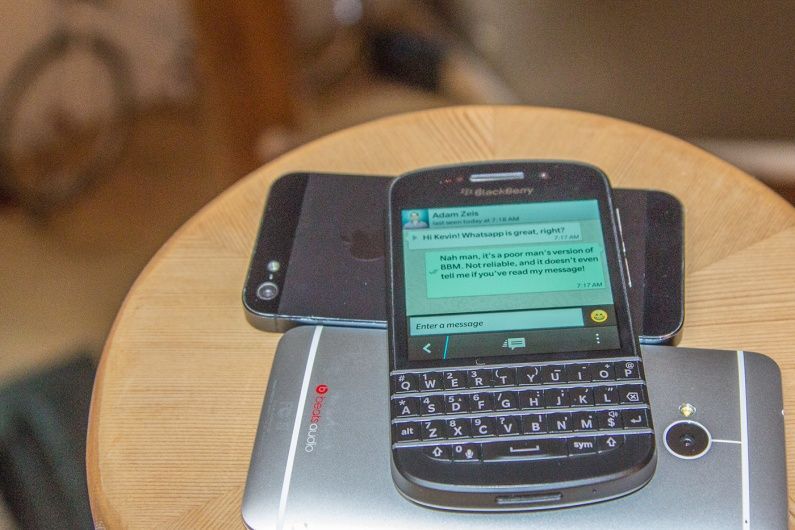 As BlackBerry gets set to take its native BBM instant messaging service cross-platform to Android and iOS, there's no doubt the incumbent it wants to crush is WhatsApp. Over the last couple of years WhatsApp has grown to have a huge base of users across platforms and around the world. Jump into any phone app store, and WhatsApp will always be near the top of the list.

WhatsApp has been successful because it gained critical mass in filling a void that BBM could have and arguably should have done years ago. Anybody who's used BBM and watched the rise of WhatsApp knows WhatsApp essentially ripped off BBM in form and function, and has been playing catch up to BBM on a feature by feature basis. Most people I know don't love WhatsApp - they simply tolerate it, as it gets the job done well enough for the most part. The thing is, it really doesn't.

Instead of a D and R, WhatsApp uses checkmarks to represent message status. Based on the precedent set by BBM and WhatsApp, I think a LOT of WhatsApp users out there mistakenly take this to mean that one checkmark means the message has reached the phone while the second checkmark means the message has been read. I have seen this happen in my life often - where people think I've read their WhatsApp message and ignored them in replying because they see two checkmarks on their end, yet in reality I haven't even read the message on my phone. This is often referred to as the "dirty R" when it comes to BBM, but the concept of the dirty R doesn't exist on WhatsApp as there is no read confirmation.

As stated in WhatsApps' official FAQ:

- (one check) message successfully delivered to the server.

- (two checks) message successfully delivered to the phone of your chat partner.

It's in WhatsApp's FAQ that this is the case, so they're not hiding this lack of funtionality, but from my observations its definitely a BIG misunderstanding among WhatsApp users out there. And to me, the value of the read confirmation is EXTREMELY important. The read confirmation is what makes an IM client a reliable form of communication between individuals.

And thus, I think it's an important message for WhatsApp users to know. It's also another compelling reason why I believe BBM is a better service, and when it does become available on Android and iOS I want to see all my WhatsApp' using friends, colleagues and family members on Android and iOS switch to BBM immediately.

Yeah...I Also Know that But Some People don't know About This