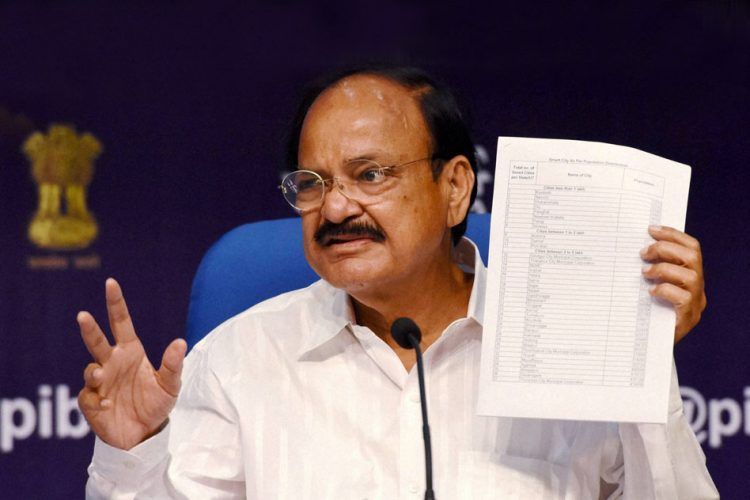 Union Minister of Urban Development Venkaiah Naidu phased out the third list of smart cities on Tuesday after three rounds of competition. The new list accommodates 27 cities from 12 states, including Prime Minister Narendra Modi’s constituency — Varanasi. With the new list being published, the total number of cities under the Smart City Mission stand at 60.

Apart from Varanasi, Agra and Kanpur have been qualified to Smart City list from the poll-bound state of Uttar Pradesh. While Amritsar and Jalandhar have made it from Punjab.

Maharashtra topped the list with five cities, Tamil Nadu and Karnataka were second with four cities each, followed by Uttar Pradesh with three cities, two each from Punjab, Rajasthan and Madhya Pradesh. Nagaland and Sikkim have made it to the list for the first time. The other states are Andhra Pradesh, Odisha and Gujarat.

Naidu told reporters that the 27 cities have qualified out of 63 participating cities for this financial year.

The centre is planning to develop 100 cities as Smart Cities over the next three years. The process for the selection of the remaining 40 cities would start in January 2017.

What is a Smart City?
The first question is what is meant by a ‘smart city’. The answer is, there is no universally accepted definition of a smart city. It means different things to different people. The conceptualisation of Smart City, therefore, varies from city to city and country to country, depending on the level of development, willingness to change and reform, resources and aspirations of the city residents. A smart city would have a different connotation in India than, say, Europe. Even in India, there is no one way of defining a smart city.

Some definitional boundaries are required to guide cities in the Mission. In the imagination of any city dweller in India, the picture of a smart city contains a wish list of infrastructure and services that describes his or her level of aspiration. To provide for the aspirations and needs of the citizens, urban planners ideally aim at developing the entire urban eco-system, which is represented by the four pillars of comprehensive development-institutional, physical, social and economic infrastructure. This can be a long term goal and cities can work towards developing such comprehensive infrastructure incrementally, adding on layers of ‘smartness’.

In the approach of the Smart Cities Mission, the objective is to promote cities that provide core infrastructure and give a decent quality of life to its citizens, a clean and sustainable environment and application of ‘Smart’ Solutions. The focus is on sustainable and inclusive development and the idea is to look at compact areas, create a replicate model which will act like a light house to other aspiring cities.

Smart Cities Mission of the Government is a bold, new initiative. It is meant to set examples that can be replicated both within and outside the Smart City, catalysing the creation of similar Smart Cities in various regions and parts of the country.

The infrastructural elements in a smart city would include:

Some typical features of comprehensive development in Smart Cities are described below.

Promoting mixed land use in area based developments–planning for ‘unplanned areas’ containing a range of compatible activities and land uses close to one another in order to make land use more efficient. The States will enable some flexibility in land use and building bye-laws to adapt to change;
Housing and inclusiveness – expand housing opportunities for all;
Creating walkable localities –reduce congestion, air pollution and resource depletion, boost the local economy, promote interactions and ensure security. The road network is created or refurbished not only for vehicles and public transport, but also for pedestrians and cyclists, and necessary administrative services are offered within walking or cycling distance;
Preserving and developing open spaces – parks, playgrounds, and recreational spaces in order to enhance the quality of life of citizens, reduce the urban heat effects in Areas and generally promote eco-balance;
Promoting a variety of transport options – Transit Oriented Development (TOD), public transport and last mile para-transport connectivity;
Making governance citizen-friendly and cost effective – increasingly rely on online services to bring about accountability and transparency, especially using mobiles to reduce the cost of services and providing services without having to go to municipal offices. Forming e-groups to listen to people and obtain feedback and use online monitoring of programs and activities with the aid of cyber tour of worksites;