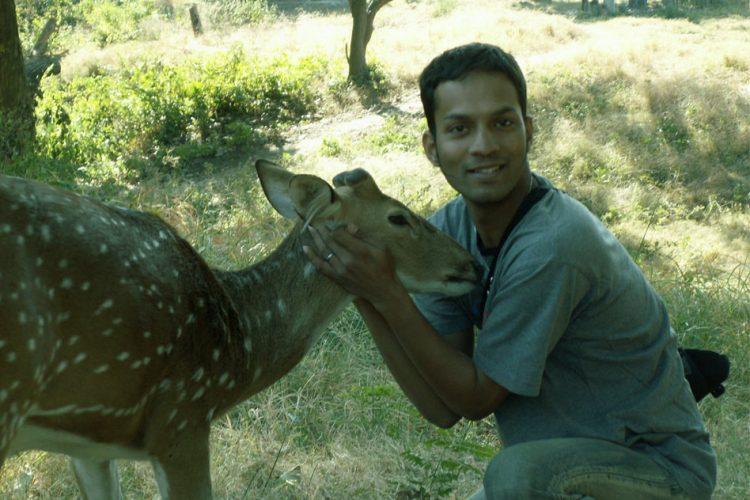 Abhishek Ray is an Indian music composer, playback singer, instrumentalist, well known for having composed the music and done playback vocals of award winning Bollywood films, such as Paan Singh Tomar, I Am Kalam, to name a few. But we are not talking about his Bollywood stardom here; he has bought and has been maintaining a forest reserve for tigers in Uttarakhand near ‘Jim Corbett National Park’. He bought it to just to keep the land away from humans interference. At this time, when we are seeing so many human-animal conflicts, we always blame animals for it but we don’t realise that we have left no place for animals, where they can live peacefully. We have occupied rivers and encroached forest for our greed. Abhishek’s step is unique and noble especially when everyone is chasing their greed.

“I have been a Government Bonafide tiger and leopard tracker since my early years and I have many certificates for taking part in big cat census activities in different wildlife zones. I have always had an intense desire of setting up a wildlife refuge in tiger country since we humans have taken over most of the resources that the planet has to offer. So all my savings was invested in a large plot of land adjacent to India’s premier national park which I named Sitabani-wildlife- reserve. This area has the largest contiguous population of wild tigers in the world.” he said. 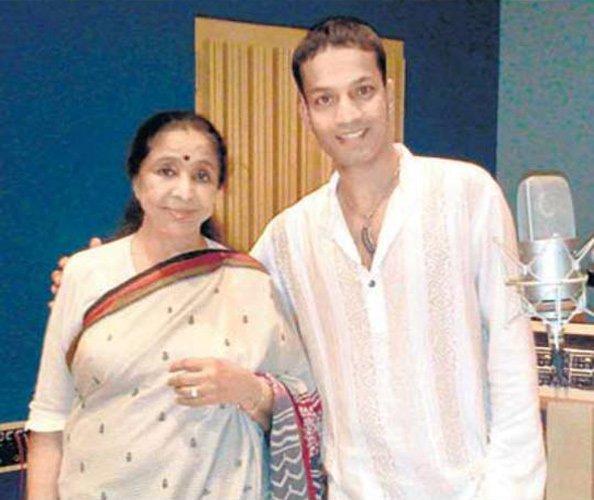 His music is inspired by nature. ‘I inhale nature and exhale music’, he says emphatically. ‘I could never create the raw soundscape of Paan Singh Tomar from the fore walls of a studio. I had to be out there in the wild heartland of India and my primal connection with nature and wildlife enables me to understand the rhythms of this ancient subcontinent,” he added.

How This Project Started

Initially, the entire land he bought was degraded agricultural land exploited by the practices of intensive farming. Firstly he made a water body in the land with perennial water so that wildlife can freely come and drink in the drier months. Today most river basins and water sources are monopolized by resorts and other human activities. So most wild animals get into conflict with the man just by trying to quench their thirst. Rain water harvesting increased the moisture content and grasses started coming back so do the wildlife. He has planted 400 trees himself on one part and rest he is developing as open grassland.

“If you help nature just a little bit, nature does the rest. Today the forest has started reclaiming this once degraded agricultural land. The ‘sal’ trees are regenerating and I can see saplings everywhere. I have made salt and mineral licks for the animals in different parts of the land and the once persecuted wildlife is slowly but surely returning. I haven’t put up any walls around and the animals are free to enter from the surrounding forest and move around in this new habitat. It gives me immense pleasure to sleep hearing the tiger roar from the surrounding hills and wake up to the sweet calls of myriads of Himalayan song birds.”

Today his estate has almost become like a private forest contiguous with the woodlands of India’s premier national park- Jim Corbett National Park. All the flagship species like tiger, leopard, Himalayan black bear, elephants etc. and about 650 species of birds visit Sitabani-wildlife-reserve. It is also the refuge of numerous endemic rare trees, herbs and butterflies. Whatever little time he gets from his recording schedule, he spends there in the shadow of the lofty Himalayas, in the land of “the trumpet and the roar “. This is the land of the giants, a land where time stands still, a virgin land steeped in mystery and primeval knowledge, a land that controls our monsoon and oxygen cycles. The forest blesses me with new creativity, fresh compositions and the elixir of life.
“I wish in the near future, more people start investing in nature to reverse the wrongs and atrocities we have committed on wildlife,” he says.

Wildlife is the pulse of this living planet. The day it dies, our end will shortly follow. The Logical Indian hopes more people like him come forward to save the wildlife and nature for our survival and wellbeing.​
You must log in or register to reply here.
Similar threads
US Embassy India - Bollywood Dialogues
No more Pakistani actors in Bollywood, IMPPA bans them forever
Bollywood relieved as 'Udta Punjab' allowed to fly
Bollywood unites to save Udta Punjab from Pahlaj Nihalani
BMC finds Bollywood biggies ‘breeding’ dengue mosquitoes
Share:
Facebook Twitter Pinterest WhatsApp Link
Top